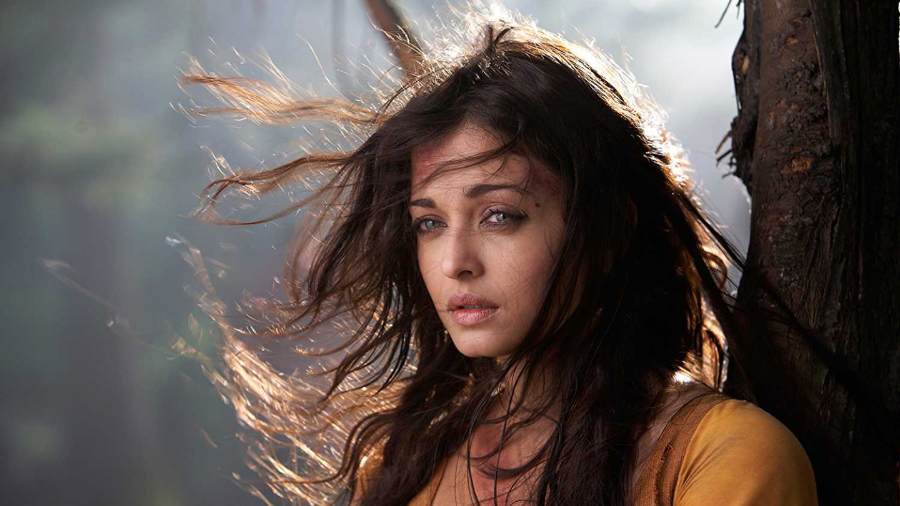 On her 49th birthday, we pick our favourite five non-Hindi films frontlined by the Bollywood beauty.

Aishwarya’s debut film — directed by Mani Ratnam — was about Dravidian politics and cinema. Mohanlal played the male lead Anandan, while Aishwaryaa was cast in the double role of Anandan’s first wife, Pushpavalli, and later his love interest, Kalpana. Iruvar is loosely based on the lives of MG Ramachandran and Jayalalitha, with Aishwarya slipping into the shoes of the Tamil actress-turned-politician. In a dual role in her very first film, Aishwarya struck a fine balance between the boisterous, playful Kalpana and the restrained Pushpavalli.

Directed by Shankar, Jeans was a smash hit across the globe, thanks to the chemistry between the lead pair of Prashanth and Aishwarya. The memorable soundtrack and the engaging storyline also worked in the film’s favour. Madhumita (Aishwarya) and Vishwanathan (Prashanth) fall in love with each other, but his father disapproves of the relationship as he wants his twin sons to marry two identical twins. So, Madhumita’s grandmother invents a ‘fake’ twin sister, Vaishanavi (also played by Aishwarya), in order to save her love.

This was Aishwarya’s second Tamil outing and she impressed once again in the contrasting characters of a smitten-in-love Madhumitha, and her nervous-and-docile ‘fake’ twin Vaishanavi.

A modern take on Jane Austen’s Sense and Sensibility, Rajiv Menon’s Kandukondain Kandukondain tells the story of three sisters living with their widowed mother and their ailing grandfather in a small town of Tamil Nadu. Aishwarya played Meenakshi, the happy-go-lucky second sister who is a romantic at heart. The carefree character is passionate about poetry and music and pursues her interests without inhibitions. Aishwarya’s vivacious and feisty portrayal of Meenakshi was the perfect ode to Austen’s Marianne Dashwood.

Set in the 1900s, Chokher Bali is director Rituparno Ghosh’s adaptation of the Rabindranath Tagore novel. The chamber drama revolves around Binodini, a beautiful young widow who refuses to conform to societal conventions. Aishwarya delivered a subdued performance as Binodini, the strong-willed, wronged woman who rebels but not without a sense of guilt, and Rituparno made her look ethereal in a simple white sari and open hair, in a sharp contrast to her Bollywood characters.

Aishwarya essayed the role of Sita in this modern-day retelling of the Ramayana by Mani Ratnam. After inspector Dev (Prithviraj Sukumaran) carries out a massacre in the den of Veeraiya (Vikram), a tribal outlaw, the latter responds by kidnapping his wife, Ragini, played by Aishwarya. While she tries to escape from him, Ragini develops feelings for her captor. Aishwarya portrayed the vulnerability of a captured woman with formidable conviction.