Advertisement
Home / Entertainment / Harry Potter to a best villain award, Daniel Radcliffe has had a journey he can be proud of

Harry Potter to a best villain award, Daniel Radcliffe has had a journey he can be proud of

On his 33rd birthday, we look at what Radcliffe has done on screen and stage in the 11 years since the final Harry Potter movie 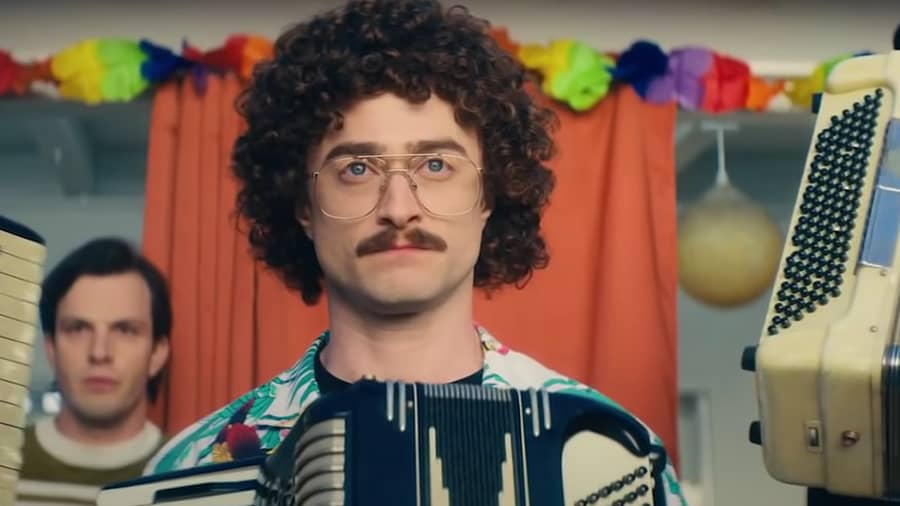 The boy who we loved as the best wizard of all time turns 33 today, with a list of versatile roles to show off on his CV.

Daniel Radcliffe might remind us of Harry Potter every time we see him on screen, but the performer in him had left the Hogwarts School of Witchcraft and Wizardry a long time ago. If not, we would not have witnessed Radcliffe the actor in so many mediums in so many ways.

Here’s a look at how Radcliffe’s career panned out after his Harry Potter phase that lasted from 2001 to 2011.

Theatre has been close to Radcliffe’s heart and he has on several occasions taken to the stage, even at the height of his Harry Potter fame. While still shooting for the Harry Potter franchise, Radcliffe appeared as a guest on the West End production of The Play What I Wrote (2002) and as Alan Strang in Equus on West End (2007) and Broadway (2008-09).

Radcliffe had started his acting journey on television and returned to star in several British and American shows, mostly as himself, after wrapping up the Harry Potter films. He hosted an episode of the Saturday Night Live show in 2012 with Lana Del Rey as the guest musician.

On several occasions, he lent his voice to adult animated shows. Between 2010 and 2018, Radcliffe voiced characters in three episodes of The Simpsons. On this animated comedy show, he became an animated version of himself while also voicing other characters. Between 2012 and 2017, he voiced several characters in two episodes of Adult Swim’s Robot Chicken. He also guest-starred and voiced his animated version in Season 2 of the BoJack Horseman show in 2015. In the 2020 special of Unbreakable Kimmy Schmidt, Radcliffe appeared as Prince Frederick.

Apart from guest appearances, Radcliffe has been the lead in several TV shows. He played young Dr Vladimir Bomgard in all eight episodes of the British dark comedy A Young Doctor’s Notebook (2012-13). He also executive-produces and leads the anthology comedy series Miracle Workers, which started in 2019 and will soon see its fourth season.

When choosing films after the end of the Harry Potter franchise, Radcliffe went for roles that would help his fans break out of the Harry Potter spell. For instance, in the 2014 romcom The F Word  (also released as What If), he wipes off the larger-than-life, sparkly vibe of the boy wizard to become an introvertish, slightly nerdy guy-next-door who wants a relationship but wrestles with his feelings.  Radcliffe’s other films during this period include Kill Your Darlings and Horns.

In 2015, he starred alongside James McAvoy in Victor Frankenstein where he played hunchback Igor. In 2016, he received a Best Actor nomination at the National Film Awards UK for Now You See Me 2 co-starring Mark Ruffalo, Jesse Eisenberg and Woody Harrelson.

Perhaps a testimony to how far Radcliffe has come from his Harry Potter days is his recent win at the MTV Movie Awards 2022 as Best Villain for The Lost City. In this action-adventure where he’s pitted against Sandra Bullock and Channing Tatum, Radcliffe channels pure evil in the form of an eccentric billionaire in search of lost treasure.

Coming up for release later this year is a biopic of musician Alfred Yankovic, better known as Weird Al Yankovic, where Radcliffe plays the lead character under Eric Appel’s direction. Going by the first-look trailer of Weird: The Al Yankovic Story, it looks like Radcliffe is ready to turn a leaf and give us yet another must-watch performance.