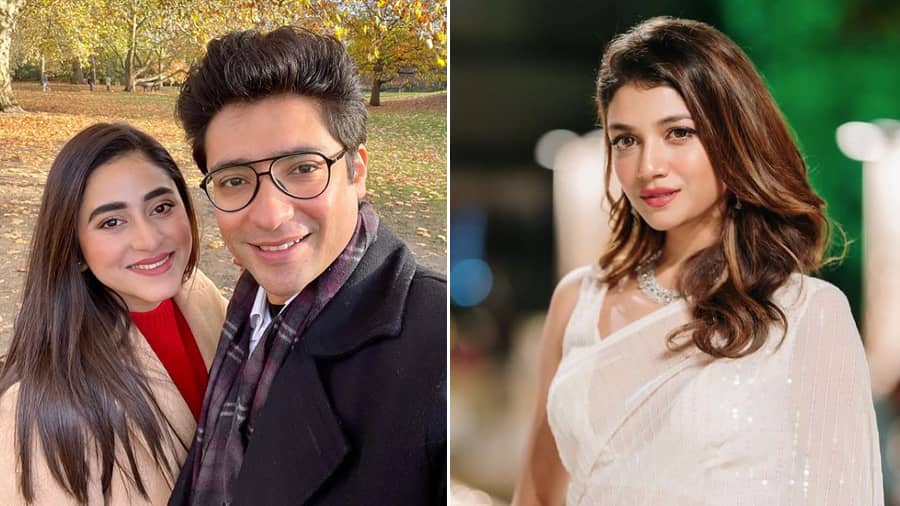 Prosenjit was felicitated at the 53rd International Film Festival of India (IIFI) for his contribution to Bengali cinema. The actor hummed to Pukarta chala hoon main from Biswajeet Chatterjee-Asha Parekh-starrer Mere Sanam (1965) from the stage of IFFI after accepting the award.

Ritabhari Chakraborty penned an appreciation post for her choreographer at IFFI, Mudassar Khan. The popular dance master thanked the actress for her support and performance.

Paoli Dam enjoyed some precious moments at the Pescadero Beach of California with family.

Gaurav Chakrabarty wished Ridhima Ghosh on their fifth marriage anniversary with adorable clicks of the duo.

Sauraseni Maitra opted for a white sari, dewy makeup and red lips for her friend’s wedding.

Vikram Chatterjee shared mountain travel glimpses in his recent Instagram reel. He is also seen playing with a furry friend and enjoying the picaresque views and gifts of nature.

Swastika Dutta, who will be seen in Zee Bangla’s Khola Hawa from December 12, went live on Instagram and had a quick chat with her fans.