Billed as an action drama, the film is set to hit theatres on September 23 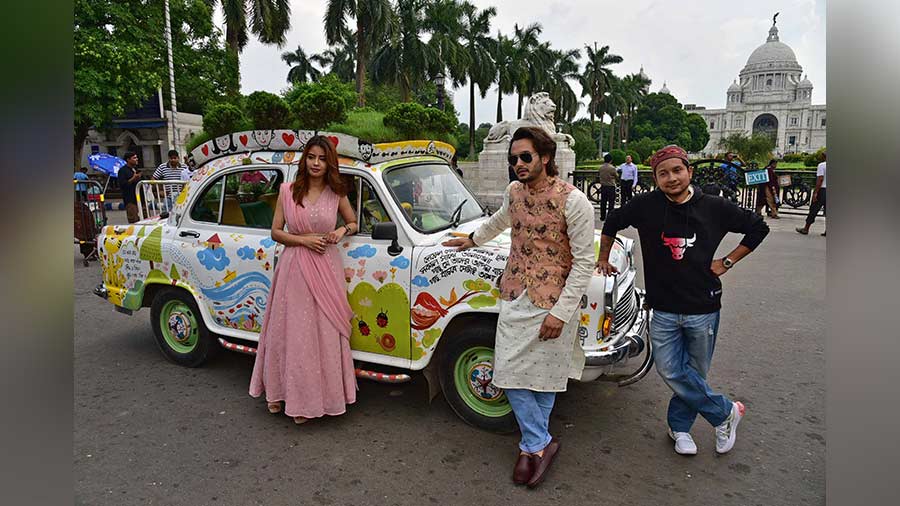 The cast of Prem Geet 3, billed as the first ever Indo-Nepali bilingual film, was in Kolkata on Friday for promotions.

The action drama, set to release in theatres on September 23, follows the love story of Prem and Geet, played by Pradeep Khadka and Kristina Gurung respectively.

Indian Idol 12 winner Pawandeep Rajan has scored the music for the film, directed by Santosh Sen and produced jointly by Subhash Kale and Prashant Gupta.

The cast of the film visited Victoria Memorial on Friday during promotions.

The film is a follow-up of the Prem Geet franchise, which has so far produced two blockbusters — Prem Geet 1 and 2.