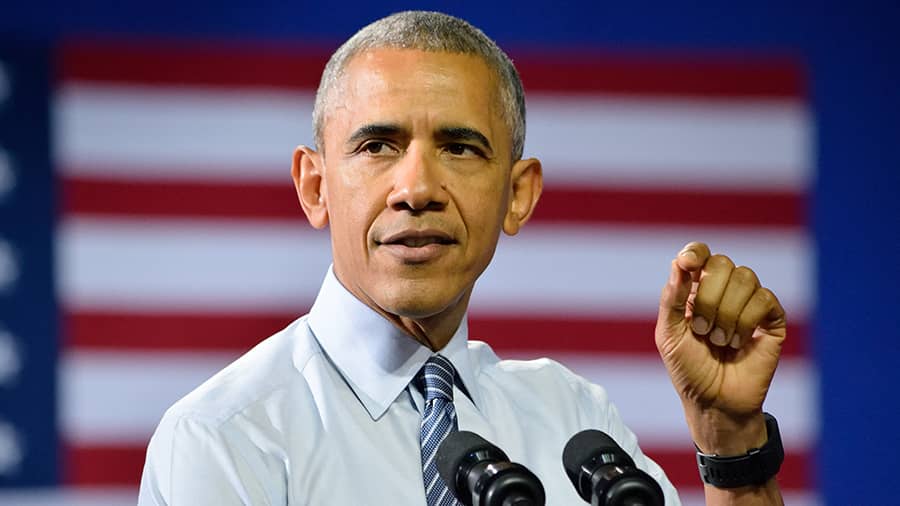 Former US President Barack Obama is now an Emmy nominee. The 44th US President scored a nomination for the 74th Primetime Emmy Awards for narrating the Netflix docuseries Our Great National Parks.

The Emmy Awards 2022 nominations were revealed on Tuesday late evening. The 60-year-old politician is one of the five nominees for the outstanding narrator category.

Other nominees in the category are former basketballer-turned-activist Kareem Abdul-Jabbar for History channel’s Black Patriots: Heroes of the Civil War, legendary naturalist David Attenborough for Discovery+’s The Mating Game, W. Kamau Bell for Showtime’s We Need to Talk About Cosby and Academy Award-winning actress Lupita Nyong’o for Discovery+’s Serengeti II.

Obama has two spoken-word Grammy Awards to his credit for the audiobooks of his memoirs Dreams From My Father and The Audacity of Hope.

Our Great National Parks is a five-part series highlighting the beauty and wildlife at national parks in the US, Indonesia, Kenya and Chile, among other places. The docuseries is produced by Higher Ground Productions, the company founded by Barack and Michelle Obama, along with Wild Space and Freeborne Media.

The series’ first episode, A World of Wonder earned Barack Obama his Emmy nod. Higher Ground Productions was earlier behind the Emmy-and-Oscar-winning documentary American Factory, though the Obamas were not credited as producers.

The late Black Panther actor Chadwick Boseman also got his first Emmy nomination at the 74th Emmy Awards. The actor was posthumously nominated for reprising his performance as T'Challa aka Black Panther in Disney+’s animated series What If?.

Norm Macdonald and Jessica Walter also scored posthumous nominations. Famous Hollywood actors Oscar Isaac, Andrew Garfield and Amanda Seyfried earned their first Emmy nominations for their roles in limited series Scenes From a Marriage, Under the Banner of Heaven and The Dropout, respectively.