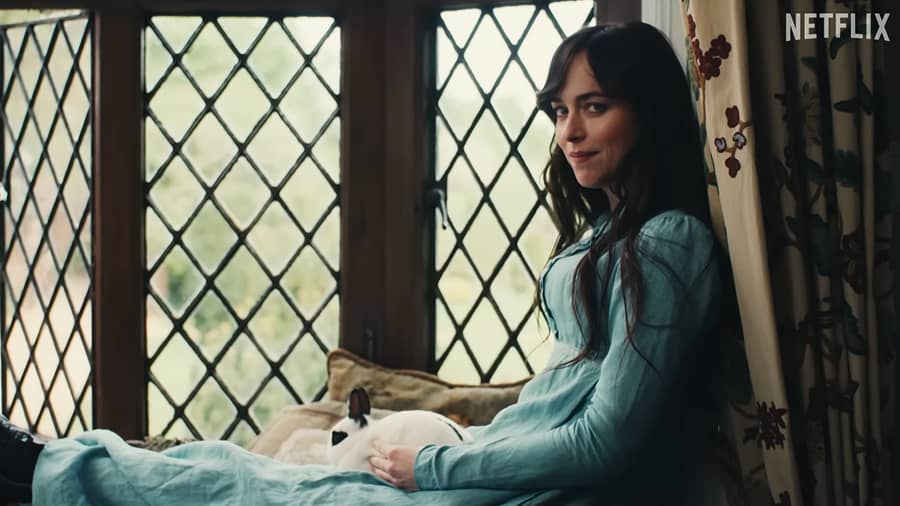 Netflix has announced that the upcoming period drama film Persuasion, a cinematic adaptation of author Jane Austen's classic novel of the same name, will release on its platform on July 15.

The OTT platform shared the news of the movie's release in a post on Twitter along with its official trailer.

“There's always the one that got away. 'Persuasion', starring Dakota Johnson, Cosmo Jarvis and Henry Golding, based on the beloved Jane Austen novel arrives on Netflix July 15," Netflix Film tweeted.

There’s always the one that got away.

Acclaimed theatre director Carrie Cracknell is making her feature directorial debut with the movie from a screenplay by Ron Bass and Alice Victoria Winslow.

Persuasion was published six months after Austen's death in 1817, and it is regarded as the renowned author's most mature work, with a not-so-young heroine.

In the two-minutes-35-second-long trailer, it is clear that the film clearly takes a contemporary and witty approach to the classic love story.

The plot follows Anne Elliot, a lonely 27-year-old who is struggling to move on after breaking her engagement with Frederick Wentworth after being convinced by a family friend, Lady Russell.

When Anne's family rents their home to his sister and her husband after seven years, the two re-enter each other's orbit. Anne rapidly becomes embroiled in a love triangle with her former fiance and her cousin, William Elliot, the heir to her father Walter's estate.

Anne is forced to contemplate what she truly wants outside of the social pressures that surround her, as her friends and family push her to be with William.