Mommy-to-be painted a pretty picture in pink, grooving to ‘Masakkali’ 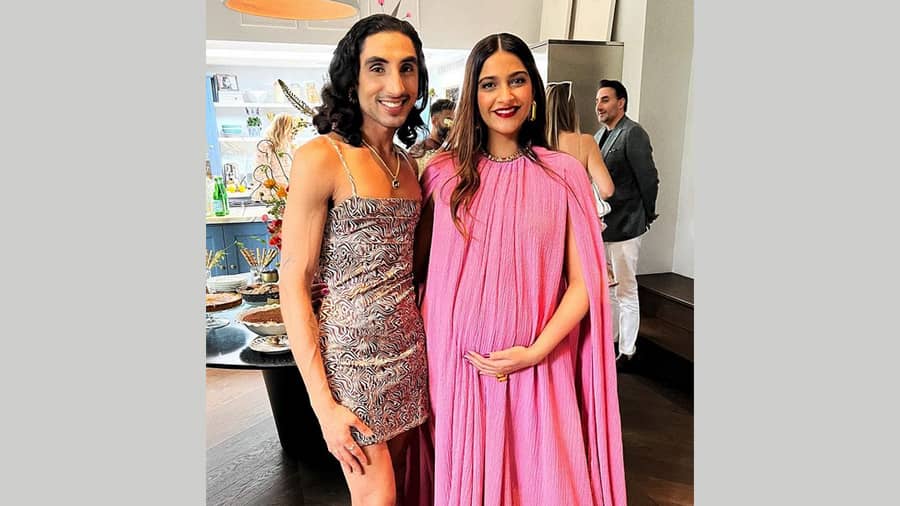 British-Pakistani musician, model and music producer Leo Kalyan set the internet ablaze with his recent photo with Bollywood actress and soon-to-be-mother Sonam Kapoor from the actress’s baby shower in London on Wednesday.

Rocking a zebra print noodle strap dress in a social media post, Kalyan captioned the photo “a spice girl in bollywood” further sharing “i just performed at Sonam Kapoor’s baby shower” along with a video snippet from the event.

What looks like a very successful gig, Sonam and her sister Rhea, along with other guests, could not help themselves but groove to Kalyan’s electrifying performance on numbers like Masakkali from Sonam-starrer Bollywood movie Delhi 6.

Sonam wore a pretty pink maxi dress with intricate details around the neck, flaunting her baby bump. She completed the look with golden and statement lips.