Directed by David Leitch, the film is based on the Japanese novel Maria Beetle by Kotaro Isaka 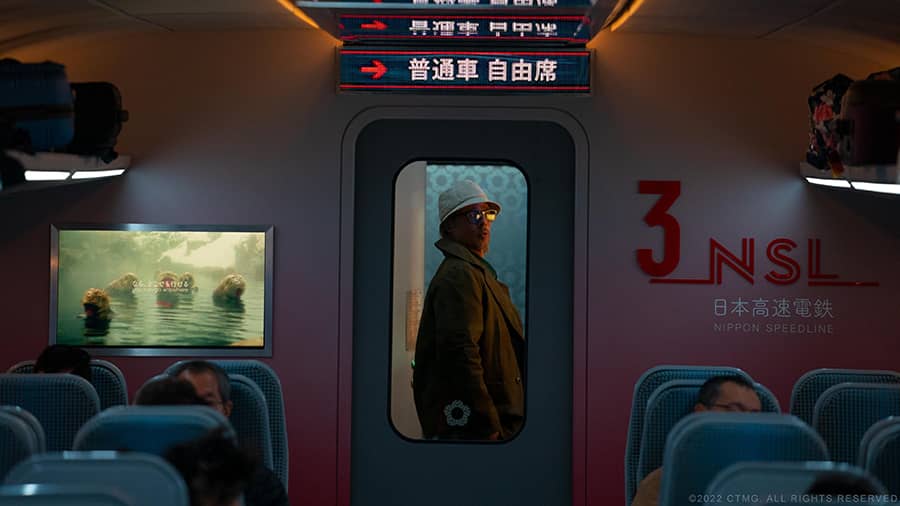 The film will release in four Indian languages – English, Hindi, Tamil, and Telugu.

Directed by David Leitch, who is known for action films such as Deadpool 2 and Hobbs & Shaw, this Brad Pitt-starrer is based on the Japanese novel Maria Beetle by Kotaro Isaka.

There’s only one way off this train: through all of THEM. @BulletTrain is exclusively in movie theaters August 5. pic.twitter.com/5xuduGluxo

Pitt plays Ladybug in the film, a seasoned assassin who wishes to retire but is persuaded to return by his superviser Maria Beetle in order to retrieve a briefcase on a bullet train from Tokyo to Kyoto. Once onboard, he and the other assassins realise that their goals are all intertwined.

The casting of non-Asian actors in the film prompted accusations of whitewashing as their characters were Japanese in the original novel. While the American adaptation would have been appropriate if the location had been altered to the United States, critics pointed out that the filmmakers chose to preserve the novel’s Japanese setting while keeping Japanese characters in the background, leading to accusations of “whitewashing”.

They also questioned the actors’ commitment to the Asian community by accepting whitewashed roles, and they criticised the film for perpetuating the myth that Asian actors in leading roles can’t carry a blockbuster, despite the recent success of Asian-led films like Crazy Rich Asians and Shang-Chi and the Legend of the Ten Rings.

Hollywood stars Brad Pitt and Sandra Bullock co-starred in The Lost City, which was released earlier this year.