'There’s no police brutality in my film. You have watched the wrong film' 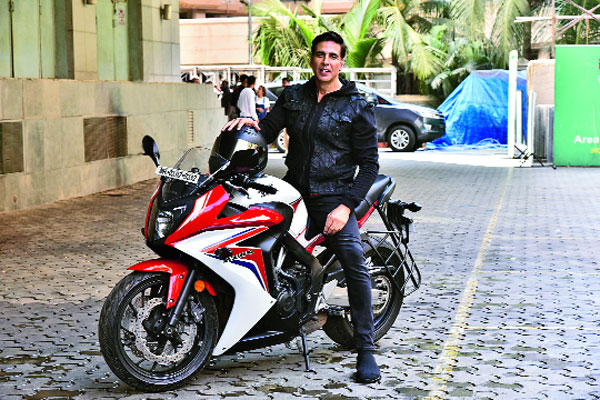 Director Rohit Shetty, who is expanding his cop universe with this month’s release Sooryavanshi, on Monday said his movie doesn’t show police brutality.

Rohit, best known for the Singham series and Simmba besides the Golmaal franchise, was asked at the trailer launch if his films glorified police brutality and encounter killings.

Releasing on March 24, three days ahead of its initial date, Sooryavanshi stars Akshay Kumar as the titular character. Joining him are Katrina Kaif, and Ajay Devgn as Bajirao Singham and Ranveer Singh as Sangram “Simmba” Bhalerao.

Asked if it was a challenge to juggle three characters, Rohit said: “It was challenging to figure out what new to present to the audience. Not the character or the actor. They have seen Singham, Simmba, so what new, big we can do with Sooryavanshi because everyone will come with expectations.”

In the last minutes of the trailer, Ranveer enters, followed by Ajay in the trademark Singham entry — the police car revolving in the back as he exits.

The next scene in the trailer is a chuckle moment, as Veer Sooryavanshi asks Singham why does he always arrive with his car doing turns. Singham shoots back at him, “and why do you always hang from helicopters?”

Actress and host Mini Mathur commented on Twitter: “Ooooh... This looks like an absolute smasher!! An adrenaline fest with a heart!!!”