Zombie element won’t be there, we are doing it with aliens: Dinesh Vijan 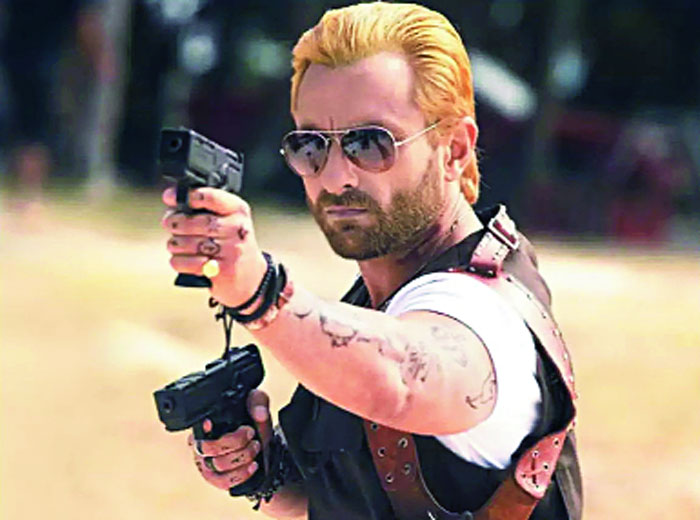 Filmmaker Dinesh Vijan said the plot of Go Goa Gone 2 will centre around aliens, unlike its predecessor, the zombie comedy.

Eros International and Maddock Films recently announced the sequel to the 2013 film, which featured an ensemble cast of Saif Ali Khan, Kunal Kemmu, Vir Das, Anand Tiwari and Puja Gupta. The movie followed three men whose holiday to Goa turns out to be a zombie nightmare. Saif played Boris, a Russian mobster-turned-zombie hunter, in the Raj Nidimoru and Krishna DK-directed film.

“The team of Roohi Afzana is writing the sequel,” said Dinesh, who has also produced the upcoming Angrezi Medium.

“The writer came up with the idea and I loved it and then we developed it. Eros said let’s announce it and we did. We just need to give every actor, who was there in the first part, a little more like a 2.0 version and bring something new.

“Zombie element won’t be there, we are doing it with aliens. The world will be similar like same emotion, same comic timing, like stoner comedy, but a new journey.”

Though the producer hasn’t approached the cast for the sequel, he hopes to get the whole team back.

“We haven’t approached the actors yet. The intent is to get everybody. They should be happy and like the role. There will be two new additions to the cast — one male and female. It will start by the end of the year,” Dinesh said. The sequel has a release date of March 2021.

Besides Go Goa Gone 2, Dinesh is looking forward to Roohi Afzana, a follow-up to 2018’s Stree.