From the last scene of Manmarziyaan to Salman's cameo in Zero, these moments made 2018 a memorable year for Bollywood 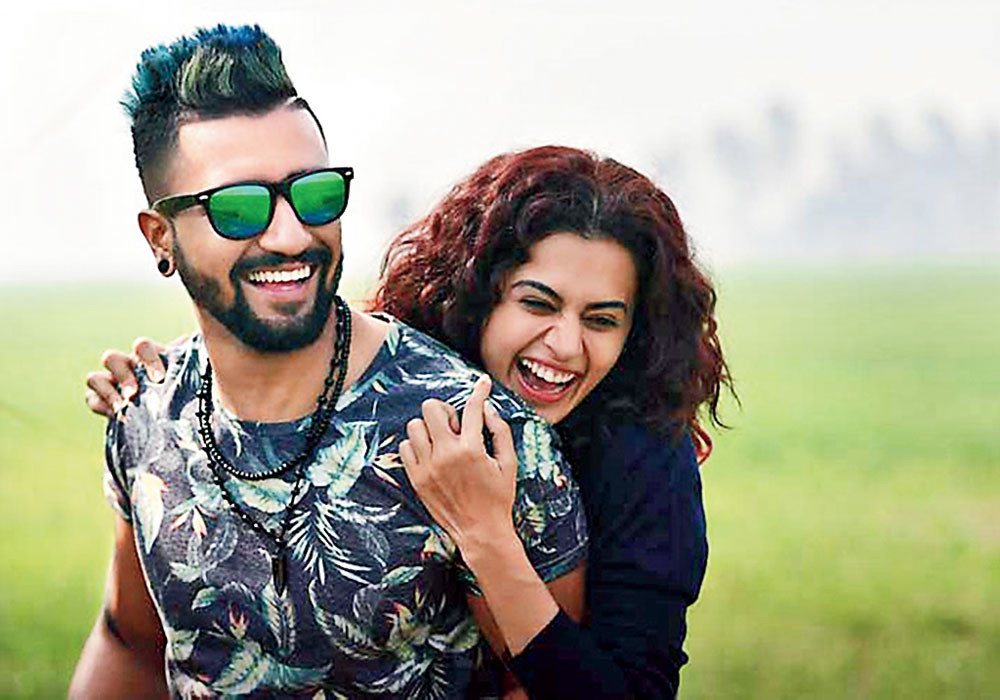 Amrita Pritam’s poignant poem about the pain of separation in love found its way to Anurag Kashyap’s Manmarziyaan, that was dedicated to Pritam and explored romance from an unconventional perspective. The line that resonated with everyone who’s ever suffered heartbreak came at the halfway mark with Taapsee Pannu’s Rumi deciding to marry Robbie (Abhishek Bachchan), but determined never to let go of her lover Vicky (Vicky Kaushal). “Main tenu phir milaangi. Kithey? Kis tarah? Pataa nahi....”

Remix of the year: Dilbar

Nora Fatehi was a vision in Satyameva Jayate’s Dilbar, the remixed version of the Sushmita Sen song from the 1999 film Sirf Tum. Recreated by Calcutta boy Tanishk Bagchi, the song was an instant chartbuster, triggering off many more versions including an Arabic one also featuring Nora. Later in the year, Aankh marey from Simmba — again recreated by Tanishk — gave us another foot-tapper, with Arshad Warsi, who featured in the original, stepping in for 15 seconds of pure nostalgia.

A scene from Veere Di Wedding

Album of the year: Manmarziyaan

Amit Trivedi gave us some of his best work this year, Andhadhun to Kedarnath, with Manmarziyaan being the pick of the lot. Whether it was the soulful Daryaa, the heartbreaking Halla or the playful Dhyaanchand, this was an album that was as much for the soul as it was for the senses. Ho beh gaya hanjuaan da daryaa/ Tere layi ki ki nai kareya....

A scene from the song, Dilbar
A screen grab from the music video

Boo boo of the year: Thugs of Hindostan

The most awaited film of the year turned out to be the biggest disappointment. Thugs of Hindostan had everything going for it — a stellar cast led by Amitabh Bachchan and Aamir Khan, a no-limits budget, a festival release date and scale and spectacle that the Bolly audience had rarely seen before. However, the Vijay Krishna Acharya-directed film was a non-starter, its limpid storyline, laughable scenes and uninspired performances making it go down as one of the biggest box-office disasters in Bolly history.

A scene from Zero

Cameo of the year: Salman Khan in Zero

Two years ago, Shah Rukh Khan had stepped in to play a charming cameo in Salman Khan’s Tubelight. The film bombed, but it started off Phase 2 of the Khan-Khan friendship. Salman decided to return the favour with Zero. A promo of a few seconds — with SRK’s Bauua Singh matching steps with a smiling Salman — went viral on Id. What would have made it perfect? The third Khan — Aamir — joining the two. Yes, one can always wish...

Paisa-vasool moment of the year: The mask scene in Andhadhun

Everyone who’s watched Andhadhun must have been scared out of their skin — and then let out a nervous laugh — when Tabu’s Simi slips on a Scream mask out of the blue to gauge whether Ayushmann Khurrana’s Akash is really blind or is just pretending. By keeping the camera focused on Akash making tea in the kitchen and suddenly panning to Simi in the mask, director Sriram Raghavan ensured the scene had the maximum impact. We sure were scared silly!

A scene from Andhadhun

A scene from Baaghi 2

A scene so silent you could hear their footsteps as they walked together... and yet so much was said. The final moments of Manmarziyaan — where Rumi (Taapsee) and Robbie (Abhishek) walk out of court after their divorce, take a walk together, promise to keep in touch and finally confess that they can’t live without each other — is a scene that will make you break into a smile as well as tease a tear.

Anil Kapoor walking around in tweed overcoat and stuffy turtleneck in the middle of the Abu Dhabi desert, Salman Khan speaking Hinglish like “Bhaist of time” and “Humse handle-waa nahin hota”, lines like “Isey dil nahin Dell dikhao” and “Tumhare ghar mein bugs thhey… kaatnewaale nahin, sunn-ne waale”... all this and more made up the howler called Race 3. And we aren’t even talking about Bobby Deol ripping off his shirt to show off his rippling abs... in 3D!

Frame of the year

The biggest Bolly blockbuster played out in September when the world woke up to a picture that could challenge Ellen DeGeneres’s Oscar selfie any day. The best of Gen X and Gen Y Bolly came together in this frame — Aamir Khan, Shah Rukh Khan, Ranbir Kapoor, Ranveer Singh, Deepika Padukone and Alia Bhatt, with Karan Johar for company. Now, if only someone puts them in a film together!

A scene from Thugs of Hindostan

Polariser of the year: self-pleasure scene in Veere Di Wedding

It was a scene that divided audiences. Sakshi, played by Swara Bhasker, pleasuring herself in her bedroom and having her incredulous husband catch her in the act was found to be empowering by many women, but was trolled by some. It did create an impact, spurring off debate and discussion around what a woman can and can’t do. On screen and off it.

A scene from Manmarziyaan

Action of the year: Baaghi 2

The film may have been a cringe-fest on many levels, but Baaghi 2 — with desi Rambo Tiger Shroff frontlining the Ahmed Khan film — had some of the best action moments of the year. Whether it was hanging from a helicopter, felling several men with a single kick or chop or that breathless section sequence in the jungle ala Rambo: First Blood, it was one bloody mess we all clapped and cheered for.