A definitive list of the most successful Hollywood films in 2018 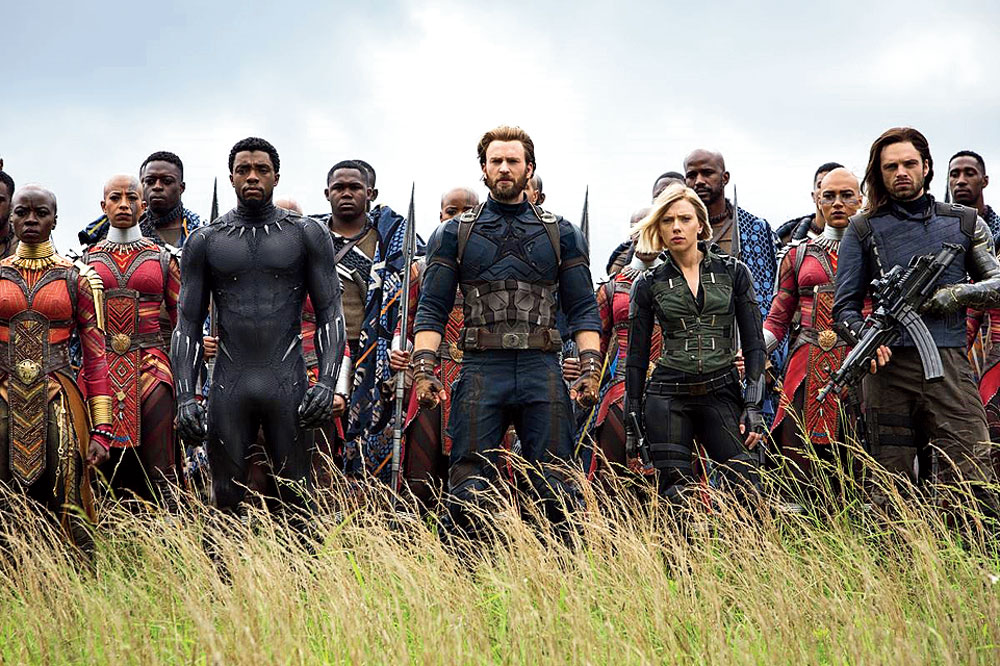 A still from the film Venom

One of the best films set in the MCU had a massive cultural significance — a mainstream blockbuster film with a black superhero and a predominantly black cast — and packed a thrilling story that had the relevant themes of race, colonisation, isolationism, exploitation and social justice. A box-office haul of $1.347 billion puts it at No. 2 on the Top 10 list.

What worked: Chadwick Boseman as the titular superhero, a powerful villain in Michael B. Jordan’s Killmonger and a refreshing take on the genre which scored on almost all fronts — costumes to set pieces. And Wakanda was wow!

A still from the film Black Panther

The ‘Merc with a mouth’ powered back in this David Leitch film to form the team X-Force in order to protect a young mutant from the time-travelling villain Cable. Like the first film, Ryan Reynolds as Deadpool was a hoot, with the film earning $738.4 million.

What worked: Deadpool: 2 gave us all that we loved in the 2016 film — a potty-mouthed fest that featured Reynolds in all his badass-ness — and then some more. A crazy ride from start to finish that turned out to be both ridiculous and charming.

Ant-man and the Wasp

The sequel to 2015’s Ant-Man had the titular superheroes (Paul Rudd as Ant-Man and Evengeline Lilly as the Wasp) joining forces to come up with a fun summer family film that raked in $622.7 million.

What worked: A charismatic turn from Paul Rudd and a lightness of touch, with the undercuts of subtle humour complementing the smart dialogues.

A still from the film Incredibles 2

A still from the film Jurassic World: Fallen Kingdom

A still from the film Deadpool: 2

A still from the film Mission: Impossible — Fallout

Fantastic Beasts: The crimes of Grindelwald

The latest film in the fantasy franchise played out in a divided world with Newt Scamander and Albus Dumbledore coming together to bring down dark wizard Gellert Grindelwald. Potter fans ensured that the film romped home with $596.6 million.

What worked: An engaging turn from Jude Law as a young Dumbledore and some flashes of the Harry Potter magic, but the film failed to reach the heights scaled by its predecessors.

The biopic on legendary Queen frontman Freddie Mercury traced the ups and downs in his successful but short-lived life and career, culminating in the band’s Live Aid performance at Wembley Stadium in 1985. Though it received mixed reviews from critics, Bohemian Rhapsody earned big box office — $637.2 million.

What worked: An inspired actor from Rami Malek as Mercury and some well-picturised stage acts gave the otherwise cliche-ridden film long legs at the box office.

Tom Cruise set the action bar very high — helicopter chase to hand-to-hand combat — in the sixth film of the franchise to deliver a power-packed watch. Fallout earned $791 million and gave M:I fans what is possibly the best film in the series.

What worked: Jaw-dropping action set pieces came together with an emotionally powerful story. Cruise plunged into the stunts like the way only he can as the film served up one exotic locale after another — New Zealand to Norway.

A still from the film Ant-man and the Wasp

It won’t really go down as one of the best films of the year, but Venom, that told the story of a journalist who gains superpowers after being bound to an alien symbiote, had enough thrills to become a surprise box-office winner scoring $854.4 million.

What worked: Mostly a missed opportunity, the film had some fun moments and Tom Hardy, playing Brock/ Venom, at the top of his game.

A still from the film Fantastic Beasts: The crimes of Grindelwald

Not as thrilling a ride as the 2015 film Jurassic World, the latest in the dino franchise had fans trooping in for gold ol’ Jurassic-style thrills and chills and amassed $1.305 billion at ticket windows.

What worked: The film scored high on the “dumb fun” meter, but also gave us some surprisingly dark moments and enough of Chris Pratt to keep fans hooked. And then there was Jeff Goldbum as Ian Malcolm.

The third film in the mighty Avengers franchise brought together a staggering pantheon of MCU heroes to give us a film that was gargantuan in scale and story and a fitting tribute to 10 years of the Marvel Cinematic Universe. Infinity War powered its way to a whopping $2.048 billion at the box office.

What worked: The epic-meets-intimate tone with an emotionally resonant story. The film gave each superhero their chance to shine but also came up with a layered villain in Thanos. The thrilling action sequences and the cool banter between the superheroes was the icing on the cake.

The sequel to the 2004 classic followed the Parr family’s efforts to restore the people’s trust in superheroes. Though it wasn’t a patch on the original, a mix of voices old and new and #nostalgia made the audience hop in for a ride worth $1.242 billion.

What worked: The blend of an engaging story and eyeball-grabbing artwork, combined with Michael Giacchino’s winner of a music score.