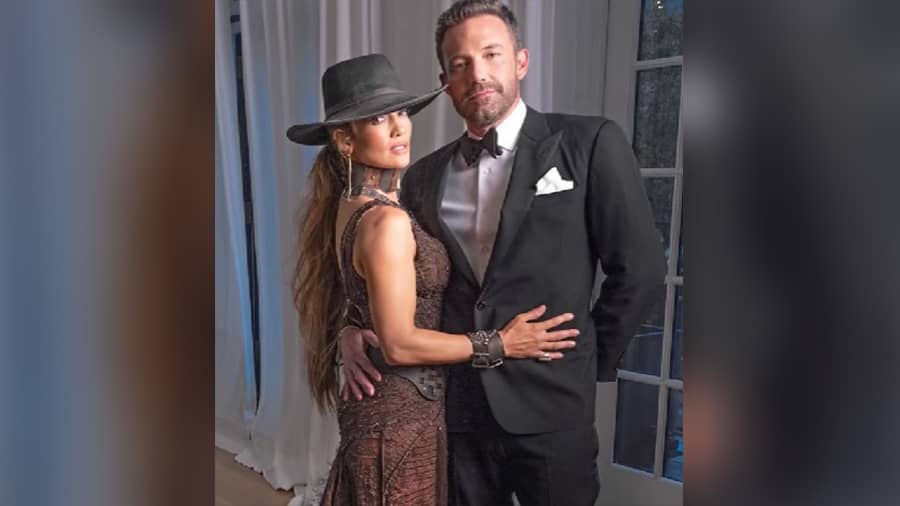 The romantic relationship between singer-actress Jennifer Lopez and actor Ben Affleck has culminated in a wedding over the weekend. Their marriage was registered on July 16 in Clark County, Nevada. In a newsletter sent from her official website, Lopez shared pictures and details of the intimate wedding.

“Love is beautiful. Love is kind. And it turns out love is patient. Twenty years patient. Exactly what we wanted. Last night we flew to Vegas, stood in line for a license with four other couples, all making the same journey to the wedding capital of the world,” the newlywed wrote in the newsletter.

She shared details of the whirlwind Las Vegas wedding they had: “We barely made it to the Little White Wedding Chapel by midnight. They graciously stayed open late a few minutes, let us take pictures in a pink Cadillac convertible, evidently once used by the king himself (but if we wanted Elvis himself to show, that cost extra and he was in bed).”

In the pictures she shared in the newsletter, Lopez could be seen sporting two different wedding dresses on the occasion. One of the dresses, she revealed, was from an old movie that she had been saving to wear on her wedding day.

The marriage license from Clark County court shows that the singer changed her last name to Affleck after their July 16 marriage was registered. Lopez is yet to make changes to her name on her social media pages.

Following the wedding, Lopez shared a picture of herself, sporting a bridal glow, on her social media pages.

Those following the Bennifer (Ben+Jennifer) romance were excited to see the stars together once again since last year. Over the past year, the couple reportedly moved in together and announced their engagement in April 2022.

Lopez has been married thrice before to Ojani Noa (1997-1998)​, Cris Judd (2001-2002) and Marc Anthony (2004-2014). Post her divorce from Judd, Lopez dated and was for a short while engaged to Affleck before the two parted ways. After the Justice League actor and the Marry Me singer broke up in 2004, Lopez went on to marry Marc Anthony and have two children with him. Affleck went on to marry Jennifer Garner, with whom he has three children. The Affleck-Garner marriage lasted from 2005 to 2018.