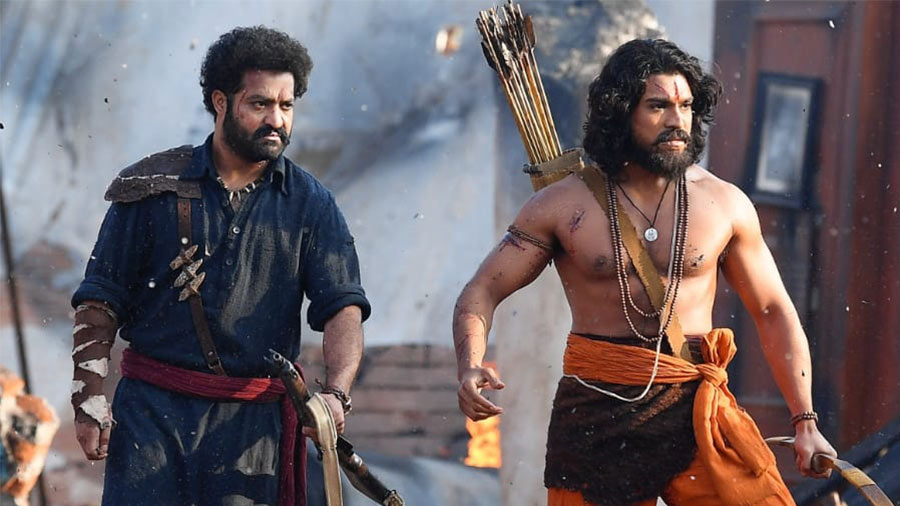 Pookutty made the comments on Twitter, in response to a post by actor Munish Bhardwaj, who called the period action film “30 minutes of garbage”.

The sound designer replied, “Gay love story...” and in a follow-up post, he said Bollywood star Alia Bhatt was just a “prop” in the big-budget spectacle.

“I don’t think @RRRMovie is a gay love story as you say but even if it was, is ‘gay love story’ a bad thing? How can you justify using this? Extremely disappointed that someone of your accomplishments can stoop so low!” the producer wrote.

Pookutty, who won an Academy Award for Best Sound Mixing in 2009 for his work on Slumdog Millionaire, countered Yarlagadda’s remarks by asking him to not take his words “seriously” and said he didn’t mean any offence to the film’s team.

“Agree totally. Absolutely nothing wrong even if it was. I merely quoted 2 my friend, banter that already exists in public domain & nothing else. There is no stooping factor in this. U don't have 2 take it seriously Shobu, I didn't mean any offence 2 any stakeholders. I rest my case here! (sic)” he replied.

Agree totally.Absolutely nothing wrong even if it was. I merely quoted2 my frnd,d banter that already exists in public domain &nothing else. There is no stooping factor in this.U don’t have2 take it seriously Shobu,I didn’t mean any offense2 any stake holders.I rest my case here! https://t.co/TGD9oKiC18

RRR or Rise Roar Revolt, which was pegged as a pan-India movie, chronicles a pre-Independence fictional story woven around two real Indian revolutionaries in the 1920s — Alluri Sitarama Raju, played by Ram Charan, and Komaram Bheem, essayed by NTR Jr.

The film received mostly positive reviews for Rajamouli’s execution of his grand vision, gravity-defying action stunts, performances by the leading men and the song Naacho Naacho (or Naatu Naatu in Telugu), scored by MM Keeravani.

Also featuring Ajay Devgn in a guest appearance, the movie was released in March and raised over Rs 1,200 crore at the box office worldwide.