Taapsee Pannu leads the time-travel story of Dobaaraa, while Daniel Kaluuya is the star of sci-fi treat Nope 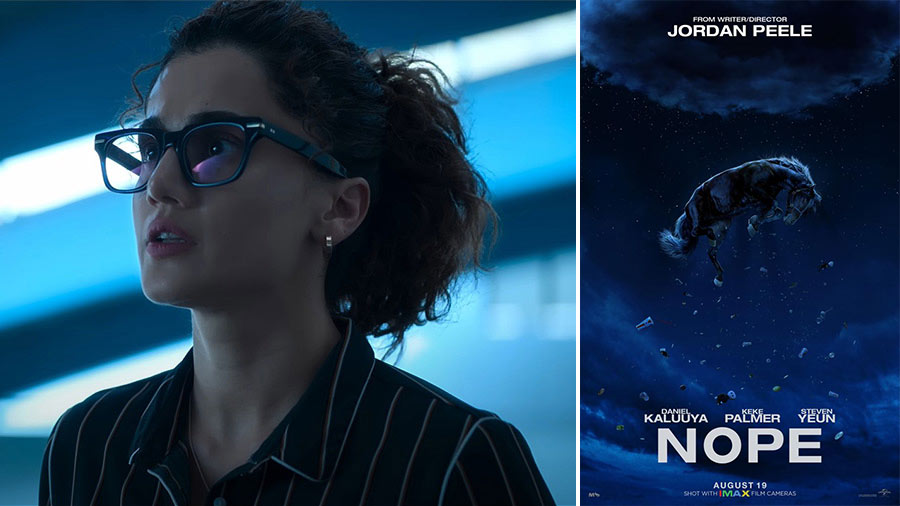 Suspense lovers can gear up for a thrilling Friday as August 19 will be a double bill of thrillers. Anurag Kashyap’s Dobaaraa starring Taapsee Pannu and Jordan Peele’s Nope with Daniel Kaluuya in the lead will hit the theatres on the same day. Here’s what you can expect.

“This storm brings with it a life-altering experience for Antara,” wrote Taapsee Pannu on Instagram recently about her character in Dobaaraa.

The Anurag Kashyap-directed film – also quirkily titled 2 12 –  promises to be a cliffhanger, with the theme of time travel driving the plot. Taapsee’s character has to juggle two different worlds in her past and present avatars.

At the centre of the action is a television set that catches lightning during a storm and after which a chain of mysterious events is set off.

A Hindi remake of the 2018 Spanish film Mirage, Dobaara premiered at the London Indian Film Festival in June this year, which was attended by Anurag and Taapsee. Anurag had previously directed Taapsee in the 2018 film Manmarziyaan.

Nope: Danger in the sky

If it’s a storm that triggers the mysterious events in Dobaaraa, the open sky is the scene of ominous activities in Oscar-winning director Jordan Peele’s Nope. Billed as a grand visual sci-fi treat, Nope is the third thriller offering from Peele after Get Out (2017) and Us (2019).

The story revolves around two siblings who run a horse ranch in California, where the residents start to observe peculiar activities in the sky. To make things worse, the owner of an adjacent theme park tries to make a profit from the mystery.

Peele, a comedian-turned-filmmaker, is also the writer of Nope, in which he reunited with Daniel Kaluuya, the star of his directorial debut, Get Out. Nope also stars Keke Palmer and Steven Yeun, and is distributed by Universal Pictures.