Annabelle Comes Home: No more than a shameless franchise-stuffer

An evil doll returns and she’s not alone 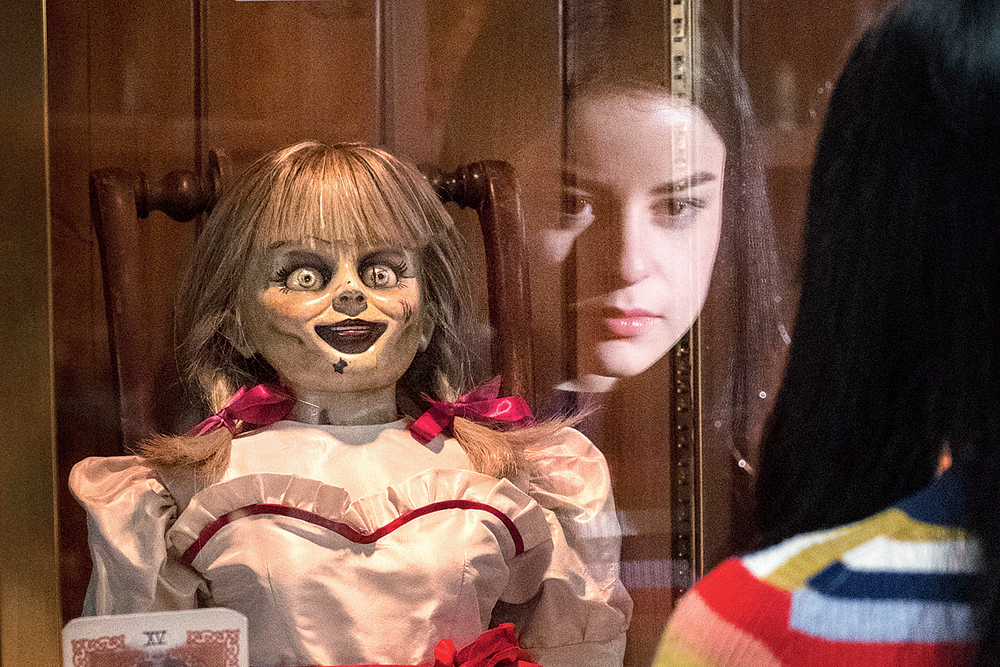 After warning us that the possessed doll is “a beacon for other spirits,” the demonologists Ed and Lorraine Warren lock her in a special artefacts room in their home alongside other malevolent bits and bobs
A still from the movie
New York Times News Service   |     |   Published 28.06.19, 01:46 PM

Despite remaining laudably committed to its namesake’s hobby of terrorising little girls, Annabelle Comes Home, the latest in the demon-doll saga that began in 2013, is no more than a shameless franchise-stuffer. Burdened neither by fresh ideas nor common sense, Gary Dauberman’s lethargic screenplay (he also directed, an inauspicious debut) takes so long to get moving that Annabelle herself should demand a do-over.

After warning us that the possessed doll is “a beacon for other spirits,” the demonologists Ed and Lorraine Warren (Patrick Wilson and Vera Farmiga) lock her in a special artefacts room in their home alongside other malevolent bits and bobs. A priest’s blessing and signage along the lines of “Super-duper evil — keep out!” complete the security arrangements as the Warrens promptly clear off, leaving their young daughter, her babysitter and a bereaved friend to their own devices. Anyone in any doubt as to what happens next clearly needs to get out more.

Groaning predictability, though, is only one problem in a movie choking on haunted-house cliches and so short of genuine scares that its most traumatising sight might be the Warrens’ hideous wallpaper. Shadows flit past mirrors and doors vibrate to the battering of invisible fists, weak teasers with disappointing payoffs. Excepting Katie Sarife, whose subtly shaded performance as the wildly incautious friend augurs a fine career in tough-yet-tender roles, Annabelle Comes Home feels stretched and tired. Worst of all, the film’s early-1970s setting allows it to ruin my once-fond memories of Badfinger’s 1971 hit, Day After Day.

Kabir Singh girl Kiara Advani on what keeps her shining