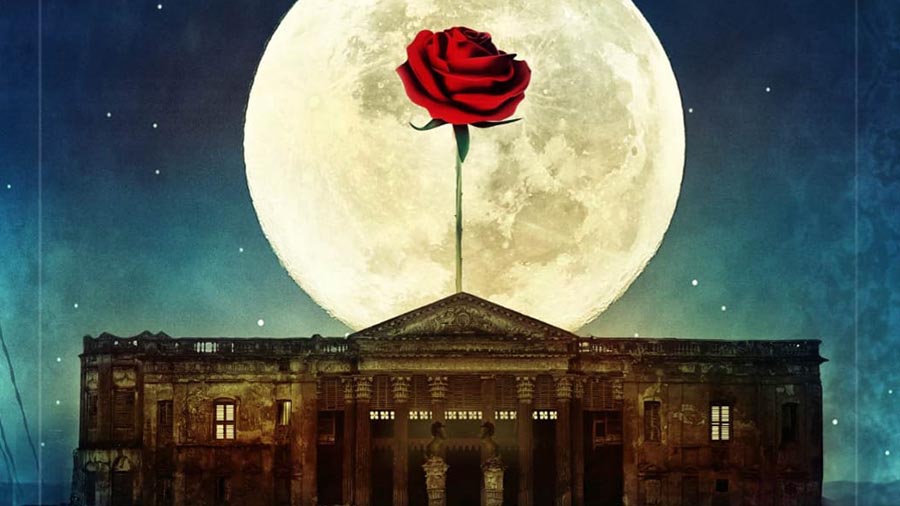 Actor Anirban Bhattacharya, who wooed viewers and critics alike with his first directorial venture, the web thriller Mandaar, is now ready to impress us with his first feature film, Ballabhpurer Roopkotha. Produced by SVF, the film is slated to release during Kali Puja (Diwali). The teaser of the movie dropped this weekend, and has already been viewed more than 1 lakh times on YouTube.

The 1-minute-29-second teaser begins with a black screen and we can hear Anirban recording an audio promo for his upcoming project, Ballabhpurer Roopkotha. But the recording is hampered because of technical glitches, caused by supernatural elements. The frame then cuts to an old palatial mansion. The eerie atmosphere, haunting score and jumpscares set the tone for some chills. The teaser introduces us to a character, Raghuda, who might play an important role in the film.

Anirban’s film is based on legendary dramatist Badal Sircar’s play by the same name. The plot revolves around the quirky affairs of the last descendents of the Roy family who live in the Ballabhpur palace. Anirban has written the screenplay with Prateek Dutta. The music of the film has been composed by Subhadeep Guha and Debraj Bhattacharya, while Soumik Halder has helmed the cinematography division.

Anirban made his directorial debut in 2021 with the highly-acclaimed web series Mandaar for Hoichoi. An adaptation of William Shakespeare’s Macbeth, the series is set in Geilpur in coastal Bengal. Anirban earned heaps of praise for his sharp storytelling and dark, metaphorical presentation of the Shakespearean tragedy set in Scotland.