The mega science projects need a plenty of physics postgraduates

The mega science projects in India and abroad need many researchers 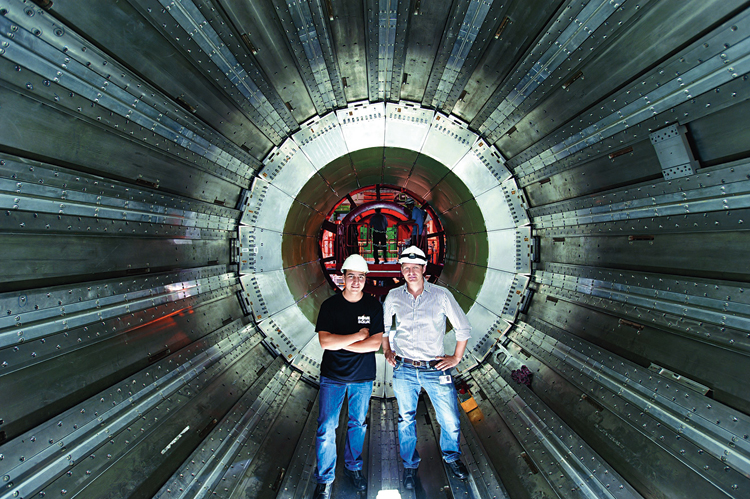 When we were young, we knew that it was better to go abroad for cutting-edge research,” says Somak Raychaudhury, director of the Inter-University Centre for Astronomy and Astrophysics (IUCAA) in Pune. “In India, research and teaching were separated. Universities never conducted research; it was limited to select research institutes.” In the rest of the world, says the astrophysicist famed for his work on stellar mass black holes and supermassive black holes, almost all research is done in universities. For example, staff of Oxford (in the UK) and Leiden (in the Netherlands) spend four hours every week teaching and the rest of the time on research.

“I studied in what is now Presidency University,” says Raychaudhury, “and while we did have staff involved in research, they usually did it in their spare time, after teaching 36 hours a week. That is the reason Indian research never really took off, especially experimental research.” And because such research requires large groups, institutional and government support was not there. But things are changing. “India has realised that to be a superpower you have to be at the forefront of research, you have to create things. And India just doesn’t,” says the astrophysicist. When a new car is produced in an Indian factory, the design usually comes from somewhere else. Research in engineering, technology and applied sciences has always been derived from abroad.

The Indian Institutes of Technology (IITs) have produced hundreds of students since they were set up in independent India. “But many of them have not used anything that they learnt at the IITs in their lives. Now the standard career is to go through IIT funded by the nation, then to a management institute and then you go on to sell toothpaste,” says Raychaudhury, who believes that right now India needs people with basic skills of science and technology, especially maths. These are the people who would be a good fit in the mega science projects. “So the students need to realise that if they want to do cutting-edge work in a subject like engineering, only then should they join the IITs and not to get a job as a toothpaste executive. For the latter, they can acquire a management degree,” adds Raychaudhury.

Earlier, government-funded institutions such as the IITs would carry out very little research. That is changing fast. IIT Madras, IIT Kanpur and IIT Bombay are some of the largest research institutes in the world now. “That has happened only in the last few years — they have understood their job is not to produce company executives,” Raychaudhury explains.

Large projects and research need human resource, which universities have. India has more than 750 universities but only a few are actively pursuing research, he says.

“One of the things India needs to do to become a superpower is to make sure educational opportunities for young Indians are in India, not abroad. It’s already happening in many subjects such as astronomy and astrophysics. You can do world- class research in India. The Giant Metrewave Radio Telescope has been in Pune for 10 years and the whole world is coming to use it. It is the biggest telescope in the world,” says Raychaudhury. According to him, this change may be happening only in small pockets. And these pockets aren’t necessarily on Indian soil, they can also be Indian facilities abroad, where Indians can go and work.

“We are 10 per cent of the Thirty Meter Telescope; we attempt to send off the square kilometre array; we are 5 per cent of ITER, the federal research project in France. We are building a Laser Interferometer Gravitational-Wave Observatory in Maharashtra, spending Rs 3,000 crore. Indian companies will build it and then not only will Indian students do their master’s and doctoral degrees here but American students too will come. That is happening with Astrosat. At IUCAA, I have a British doctoral student. I don’t have to go to England anymore,” says Raychaudhury, pride clear in his voice.

The astrophysicist also thinks that the image of a scientist has to be polished up if we want to attract more young people for research. “People need to understand that a scientist does not necessarily have to be an old person in a lab coat holding a test tube. Currently, it is a young woman sitting in front of the computer. The role model has to change. Scientists are not eccentric people. TV series such as the Big Bang Theory have changed the way scientists are expected to look and we need more of that,” signs off Raychaudhury.