Advertisement
Home / Education / In the dock: University of California

In the dock: University of California

It is under fire for polluting its immediate environment, but it’s the incoming students who will have to pay for this 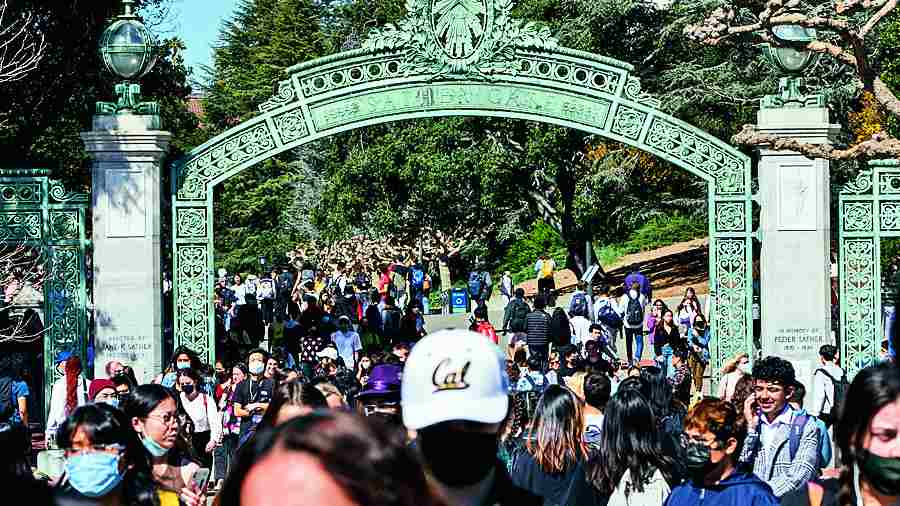 Bristling at pressure to make room for escalating numbers of students, longtime Berkeley [in the US] residents have leveraged state environmental law to accuse the oldest University of California campus of essentially polluting neighbourhoods by admitting more students than the city can handle.

The case is ongoing but plaintiffs recently won a court order to freeze the university’s enrolment at 2020 levels — potentially forcing more than 2,500 incoming students to defer enrolment, take a semester remotely, lose their slot or consider another campus.

Now, with admissions envelopes due out in weeks, state lawmakers are mulling short-term remedies to the court’s order and longer-term responses to the possibility that similar lawsuits could restrict enrolment.

Some policymakers see no way out except through so much remote instruction that, over time, it could severely damage the brand of the University of California. Others fear an enrolment squeeze so tight that it will crowd out racial diversity or out-of-state students. Still others want to exempt campus housing from California’s environmental laws, which are famously complex and contentious.

The dispute in a famed liberal bastion has aroused passions, with some asserting that the university has finally been called to task for driving legions of students into neighbourhoods not built to hold them. Others liken the lawsuit to generational theft by the older, whiter baby boomers who dominate the propertied classes in college communities throughout California.

“It’s like, ‘I got my piece of the pie, too bad for you’,” said Riya Master, a senior at Berkeley who is majoring in integrative biology and is a vice-president of the campus’s student governing body.

George Kieffer, a Los Angeles civic leader and former chair of the University of California Board of Regents, said the conflict was multifaceted.

“The residents want their community to stay the same,” he said. “The parents want their students to get into the UC. The legislators want to respond to constituent needs. And then you have California law, which people have learned to use over the years to satisfy their interests.

“All good motives. And they’re all competing. In an increasingly crowded place.”

But competition remains intense, particularly at marquee campuses such as Los Angeles, Santa Barbara, San Diego and Berkeley. Demand skyrocketed during the 2008 recession as in-state students flocked to the discounted tuition and the campuses sought to increase lucrative out-of-state enrolment.

Since then, legislators have exerted relentless political pressure on the university to add in-state students. Since 2011, overall system enrolment, which now stands at about 3,00,000, has grown by more than 63,000 students, enough to populate an eleventh campus.

Planners and economists have for decades been warning the state that until supply meets demand, its housing problems will worsen. But until recently, California cities and neighbourhood groups have steadfastly resisted this advice by using a mix of regulations and environmental lawsuits that kill and shrink new projects, or drag them out for years.

In response, the legislature has passed a flurry of laws that increase how much housing cities have to plan for and make it harder for them to oppose new development. Legislators have made more state money available for campus housing projects, and the University of California has started several housing initiatives.

The University of California system has on-campus beds for about 1,06,000 students, leaving roughly two out of three to compete for off-campus housing in some of the nation’s most expensive housing markets. In Berkeley, the university houses about 22 per cent of its undergraduates, fewer than any other campus in the system.

Last summer, a Superior Court issued an unusual order that rolled back and capped the university’s enrolment at its 2020-21 level of 42,357 students until the school significantly expanded the environment study in its long-range growth plan.

The decision still could be reversed, but because of the order — which was left in place by the California Supreme Court recently — the university had to cut the number of students coming to campus in the fall.

The university said it would reduce in-person fall enrolment by 2,629 students, largely by enrolling more than 1,000 incoming freshmen remotely with the understanding that they would move onto campus in January when graduating students free up some housing slots.

The transfer of hundreds of students will be delayed and some students, mostly in graduate programmes, will simply not be offered admission.