Want to be a rocket scientist? Here are some tips from the driving force behind India’s moon missions 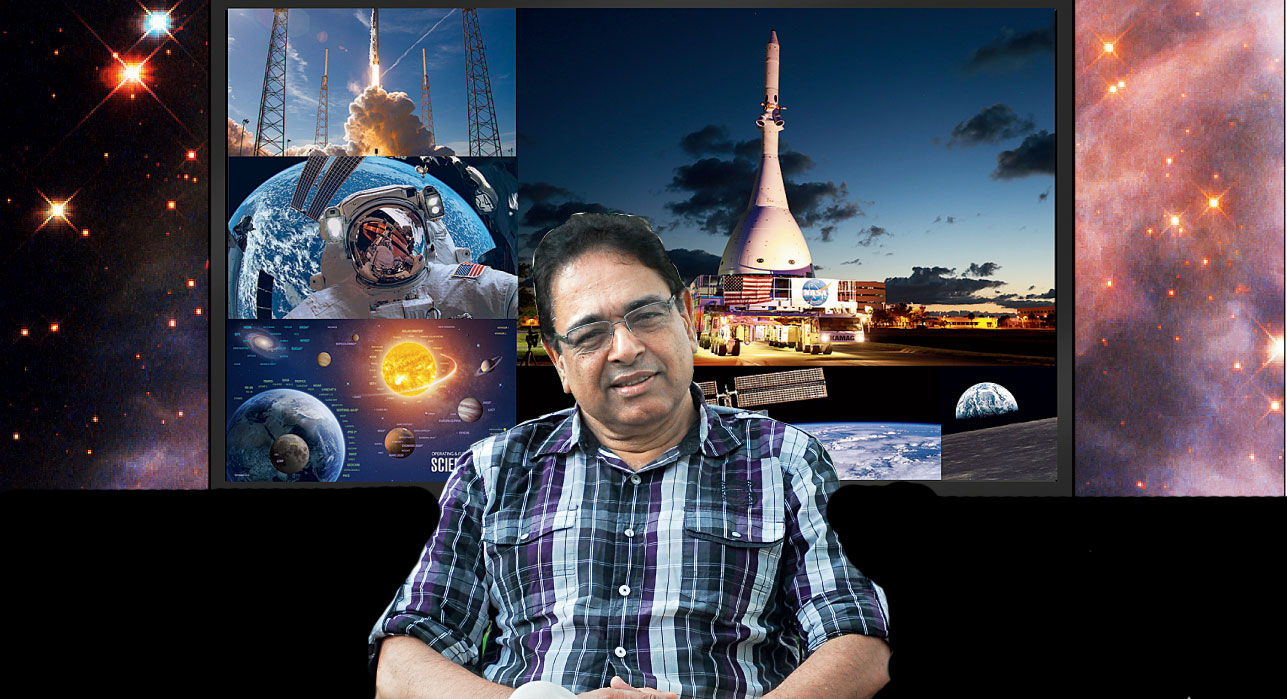 Alok Chatterjee of the US National Aeronautics and Space Administration’s (Nasa) Jet Propulsion Laboratory (JPL) in Pasadena, California, has been playing a key role in India’s Chandrayaan missions. Chatterjee — who started his career with the Indian Space Research Organisation (Isro) and worked under A.P.J. Abdul Kalam — leads the Isro-Nasa collaboration. He spoke to Prasun Chaudhuri in an extensive interview. Excerpts:

Q The launch of Chandrayaan-2 has sparked tremendous interest in rocket science among young Indians. What role did you play in the two Chandrayaan missions?

I led the collaboration between Nasa/ JPL and Isro for Chandrayaan-1, which was launched in 2008. In fact, Nasa/JPL provided the moon mineralogy mapper (M3) that went on to discover water molecules on the surface of the moon. Chandrayaan-2 is an extension of the mission with more complex instruments, including the soft lander and rover. Nasa has put a small passive payload on the lander. JPL is also providing trajectory analysis, navigation and tracking support for the mission as it did for Chandaryaan-1 and Mangalyaan. This is routine support solicited by Isro for these and future missions. My current focus is on the Nasa-Isro synthetic aperture radar (NISAR) mission. It is a full-blown collaboration with Isro as an equal partner. This complex Earth science and application mission is awaiting its launch in early 2022 from India.

Rocket science involves almost all fields of science, technology, engineering and maths (STEM). The trick is to be able to systematically integrate these to create a successful rocket that goes up into space and deploys the satellite it carries. My advice is to assiduously pursue one’s chosen field of STEM and find its application in rocket technology. For example, one could pursue aerospace, computer, chemical, electrical, mathematics or physical science and engineering. One can then intern in companies involved in these fields. One can also carry out student projects involving rockets and satellites and participate, through their school or college, in national and international competitions in space research such as the ones conducted by Nasa.

Space research is not only about rockets, it also involves satellites that conduct scientific investigations not only on Earth but also on other planets such as Mars, Venus, Jupiter and Saturn. In fact, space research is a vast field that involves all areas of human endeavour. As a student, you need to focus on your goals and acquire all the skills necessary to become a successful space scientist. Guidance from teachers and mentors plays a significant role. One need not graduate from an IIT to become a successful space scientist; both Isro and Nasa have many hires who graduated from local colleges but went on to become successful.

Q What was your earliest inspiration?

It was the launch of Sputnik by the USSR in 1957, while I was growing up in Darjeeling. I was only six years old but I remember the buzz when it happened. I was told that a rocket had gone up into space, so I started looking up hoping to see it streak across the sky. I would often mistake the white contrail left by a jet plane for the plume left by a rocket. I made paper airplanes and rockets and launched them from a hill in our neighbourhood. My friends and I would compete to see whose craft flew the farthest. I also engineered my own toys as they were not widely available unlike today. When we moved to Calcutta in 1960, the city presented lots of opportunities to explore.

In 1962, the USSR sent Yuri Gagarin into space. During one of our school field trips to the Birla Industrial and Technological Museum in Calcutta, we were shown a film of the launch and Gagarin floating around in space. That made a distinct impression on me.

Q Then you studied aeronautical engineering?

Yes, at IIT Kharagpur. I also chose aeronautical engineering because it was recommended by a family friend who was then a lecturer at IIT Kharagpur. At the end of my third and fourth years, I chose Indian Airlines and the newly-formed Isro, respectively, for summer internships. When I was in my second year (1969), the moon landing happened. It influenced my career path significantly. During my fifth year (1972), Isro conducted a campus interview and I was one of the three chosen to work on rocket design at the Vikram Sarabhai Space Centre in Trivandrum, Kerala. At VSSC, I was lucky to work under accomplished scientists and engineers, one of whom was A.P.J. Abul Kalam. He encouraged me to take up technical challenges and mentored me. I got involved in the design and development of Isro rockets such as the PSLV and GSLV. Those were the formative years of Isro and I had a front-seat to watch its development.

Q When did you decide to join Nasa/JPL?

After a decade at Isro, I decided to pursue higher studies in the US. After a postgraduate degree in aerospace engineering, I was offered a job by both Boeing and Nasa/JPL. In accordance with my interest in space research, I joined the world famous JPL in Pasadena in 1985. I have completed 34 years at JPL, working on exciting deep space missions such as Galileo, Cassini, Mars Curiosity, Chandrayaan-1, GRAIL and, now, NISAR missions. As I near the end of my career, I would like to think that I have led a meaningful professional life and contributed to the resurgence of the Nasa-Isro relationship, hopefully for the long-term.

Q Have the prospects for rocket scientists improved now that a lot of private enterprises, such as SpaceX and Blue Origin, are venturing into space?

These open up a lot of opportunities for young rocket scientists and engineers and is a natural evolution of the space industry. Government-funded organisations such as Nasa and Isro can now farm out the routine production of rockets and satellites to private industry and concentrate on achieving scientific goals in future.