In the campus films Hollywood regularly churns out, the focus has never been on people of colour. A film now streaming on Amazon tries to remedy this 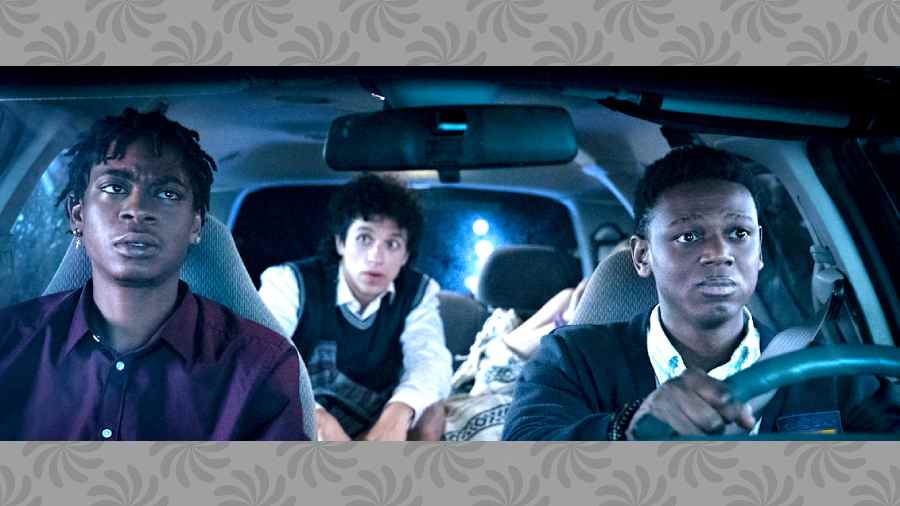 Comedies about wild times in high school and college have long scattered the movie landscape. The antics of Animal House in the late 1970s gave way to a string of zany 1980s movies like Porky’s, Fast Times at Ridgemont High and Revenge of the Nerds. The 1990s brought American Pie and Can’t Hardly Wait. But historically, often either missing, put to the sidelines or made the punch lines in these films, were characters of colour.

Spike Lee’s School Daze (1988) was a rare exception of one that focussed on a nonwhite cast. But the college comedy Emergency  — now streaming on Amazon in the US — hopes to add something fresh to the genre, making race, and the perceptions that come from being a person of colour in certain environments, a central plot point. Its lead characters experience a wild night, but not in the way that they would have hoped.

The film stars Donald Elise Watkins and R.J. Cyler as two buddies who want to become the first Black men on their campus to complete a college party circuit called the legendary tour. But plans go south when they find a young white woman passed out in their house. They must try to figure out, with their other roommate (Sebastian Chacon) what to do, because for three men of colour, calling the cops in this situation is a risky option.

The makers of Emergency understand this extremely tricky calculus. The film was written by K.D. Dávila, who is Mexican American, and directed by Carey Williams, who is Black. Their feature emerged from their 2018 short film, which won prizes at the South by Southwest and Sundance film festivals. In a video interview, the two discussed building humour out of an intense situation, and how British comedies came to be an important influence on the film. Here are edited excerpts from the conversation.

Were there specific elements you wanted to reference from the high school and college comedy genre for this film?

DÁVILA: On the writing side, definitely. In many ways, it was an opportunity to subvert a lot of those high school and college comedy tropes. I think we all grew up watching things like Superbad and Booksmart. But it always struck me as funny how the stakes in those movies are emotional, primarily. They’re never very high. And so this movie was an opportunity to take a lot of things very seriously.

Our characters wish that they were in one of those party comedies, like they wish they were going to be in Superbad or something, but they ended up in a kind of a thriller instead.

What do you think is at the heart of the film?

How did you work at striking that tonal balance between comedy and drama?

WILLIAMS: For me, the film was always like a love story about these two guys and their friendship. That was the entry point into balancing the tone of this film through the course of this night. In focussing on this friendship, the humour was going to come from how they interacted with each other, about their differing world views of how to handle the situation.

Did you have film references in your mind when making this?

WILLIAMS: I purposely tried not to watch anything that I felt like would be held in conversation with this film because I didn’t want to be influenced in that way. I did feel the essence of Spike Lee’s work in my mind when making this. But I wanted it to feel not like a college comedy movie. I wanted to have it feel very authored, cinematically. Movies that feature young Black people don’t get that cinematic treatment as much as they should in this world, especially the college comedy. But you know, it’s funny because after I made the movie, I keep thinking about Y Tu Mamá También as something I feel like this movie has synergy with. But I don’t think I was thinking about that when I made the movie.

DÁVILA: When I hit college, I started watching a ton of British comedies. And I think that British comedies operate almost like horror thrillers. Like it’s like the horror of being embarrassed or something. And you are always thinking of how this looks. And so I think that watching so many just British comedies influenced this movie a lot, which probably sounds very strange considering the subject matter of the film and what it ended up being.

What is your favourite high school or college comedy?

WILLIAMS: Weird Science. That movie’s ridiculous, but I’ve watched it so many times.

DÁVILA: This is not a high school or college comedy, but it’s definitely a late-bloomer coming-of-age story: Shaun of the Dead. I love it so very much. It works on so many different levels.