Cook up a career

Encouraged by reality TV and cooking competitions, students are heading to the kitchen 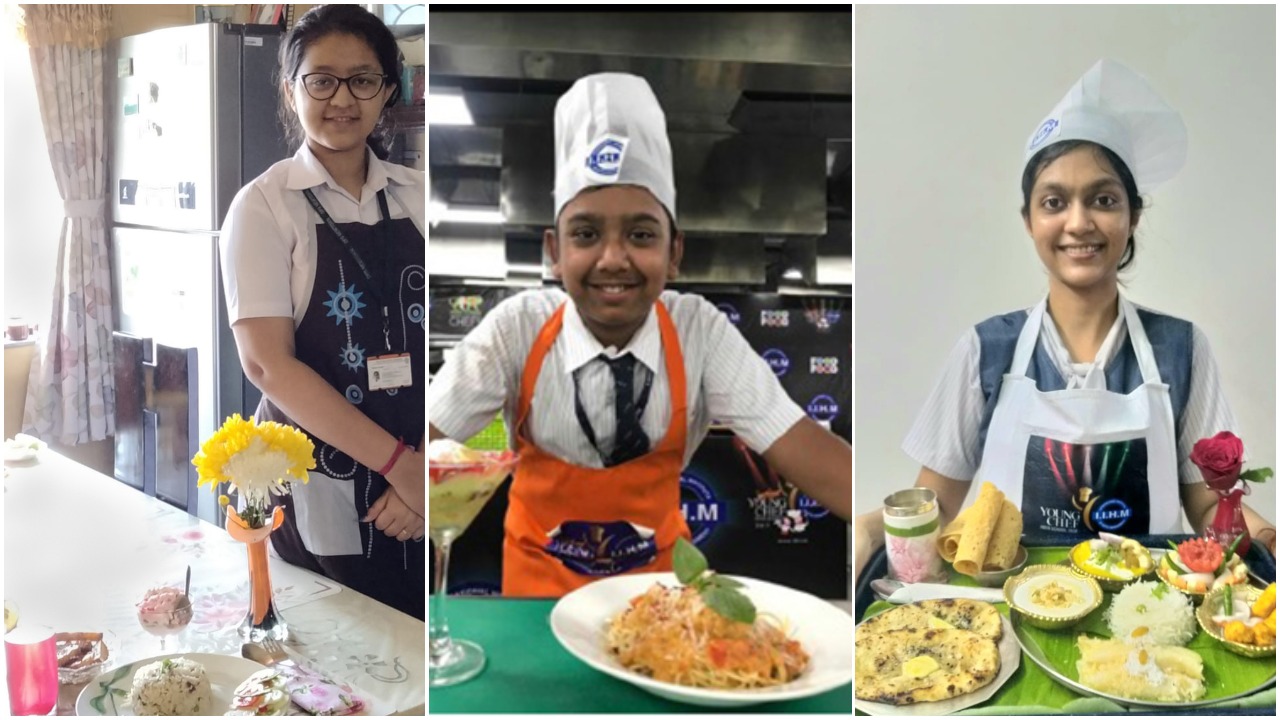 A food blogger and YouTuber, he regularly shares his cooking experiences with the virtual world. Meet Pratyush Saraf, Class X student of Lakshmipat Singhania Academy (LSA) in Calcutta, who is set to become a professional chef in the future. Pratyush had decided on his career in middle school. His parents too are supportive, encouraging him to experiment in the kitchen and take part in various cooking competitions.

Cooking competitions and workshops held on campuses and popular reality TV shows have egged many students towards the kitchen — as a career option or a serious hobby. Creating signature dishes is glamorous for Gen Z and celebrity chefs such as Gordon Ramsay, Jamie Oliver and our own Sanjeev Kapoor and Vikas Khanna are their new role models. Students now dream of cooking in Michelin-starred restaurants or running their own themed eateries. Cooking is a serious hobby for many families as a whole, their interests heightened by world travel.

For many, the reason for their kitchen debut is life-skills training. “As a child I would make tea for my mother every afternoon. Then I started surfing YouTube for cookery shows and started cooking,” says Pratyush, who loves adding his own twist to popular dishes.

Dipsikha Bhaumik, a Class XII student of Delhi Public School New Town, Calcutta, also began with tea and graduated to baking. “Making the perfect brew would make me nervous at first. But with every cup, my confidence grew,” she says.

From playing house, Ishvari Pugalia of LSA went on to win accolades as a young chef in various competitions. “As a child I would not be allowed near the gas. But I still wanted to help out. I remember making these tiny rotis with a toy rolling pin. I would ask the cook to roast them. I used to be very fond of clay modelling at that time. I remember I would treat the dough like clay and sometimes make rotis of different shapes,” chirps the Class XII student.

These students have learnt just as much in the kitchen as they have in the classroom.

Cooking competitions are often a part of inter-school fests, especially since the lockdown. The Calcutta-based International Institute of Hotel Management (IIHM) has been conducting culinary challenges for schoolchildren of various ages with more than 10,000 children from all over India participating in the preliminary rounds.

“Around 15 students had signed up from our school for the IIHM Young Chef India Schools contest last year. There is no dearth of interest in cooking among my friends. But the competition was so stiff that only a few could qualify after the first round,” says Priyam Kesharwani of St. Thomas’ Day School, one of last year’s winners. Priyam now dreams of opening her own restaurant. “Cooking competitions can be as challenging and intense as any exam. I have been cooking since Class III. I see a growing interest in youngsters to join the hospitality industry after school.”

According to Smita Ganguli, the head of curated events at IIHM, the number of participants for cooking challenges is rising every year.

Says Suborno Bose, chairman of IIHM and Indismart Group Worldwide, “It was about 10 years ago that IIHM decided to organise Young Chef India Schools to teach children basic culinary skills. We wanted to educate them that cooking is as important a life skill as swimming or driving. For the first five years, the final round was held in London. Seeing the overwhelming response, two years ago we started the Young Chef India Schools Junior for children between nine and 11 years. The food these children make is absolutely incredible; a large number now wants to explore careers as chefs and food and beverage professionals. Celebrity chefs have added to this popularity. We have started the Young Chef Olympiad to help budding professionals get a taste of things.” According to Bose, executive chefs are getting younger by the day. “Previously they used to be around 45-50 years of age. Now most executive chefs are below 30, showing just how early students want to start off. The whole ecosystem is changing,” he adds.

Cooking workshops for children, even for kindergarteners, are very popular. Swaha Ghosh of La Martiniere for Girls has attended several of them, from non-fire ones when she was little to more specialised baking workshops when she reached middle school. “I love making pasta and Chinese dishes. Cooking is a passion for me. I learn a lot from these workshops that I have often attended during vacations and on weekends,” says the Class VIII student. Since the lockdown, cooking workshops have gained further ground.

Debraj Mehta, 8, has been taking part in open cooking challenges since he was six. The Class III student of Apeejay School at Park Street in Calcutta has taken part in three competitions since the lockdown and has won a special prize for his ilish thali.

Chef Joseph Uttam Gomes, principal and deputy director of NIPS hospitality group and an award-winning chef, agrees that the profession has gone through a sea change. “Previously, only those who were really interested in cooking or had a professional in the family would want to don the chef’s cap. Now, thanks to competitions, reality shows and celebrity chefs, the profession has been glamourised. Young chefs these days are more interested in presentation (plating) and experimenting. The older generation would focus on reproducing the authentic taste. They would stay inside the kitchen but the new chefs prefer communicating with their guests in-between cooking. The focus is on specialisation these days while we would multi-task and learn how to cook a variety of things,” says Gomes, who has been a chef for 40 years and was once an executive chef with the Royal Navy of Oman.

The proof of the pudding, though, remains in the eating.