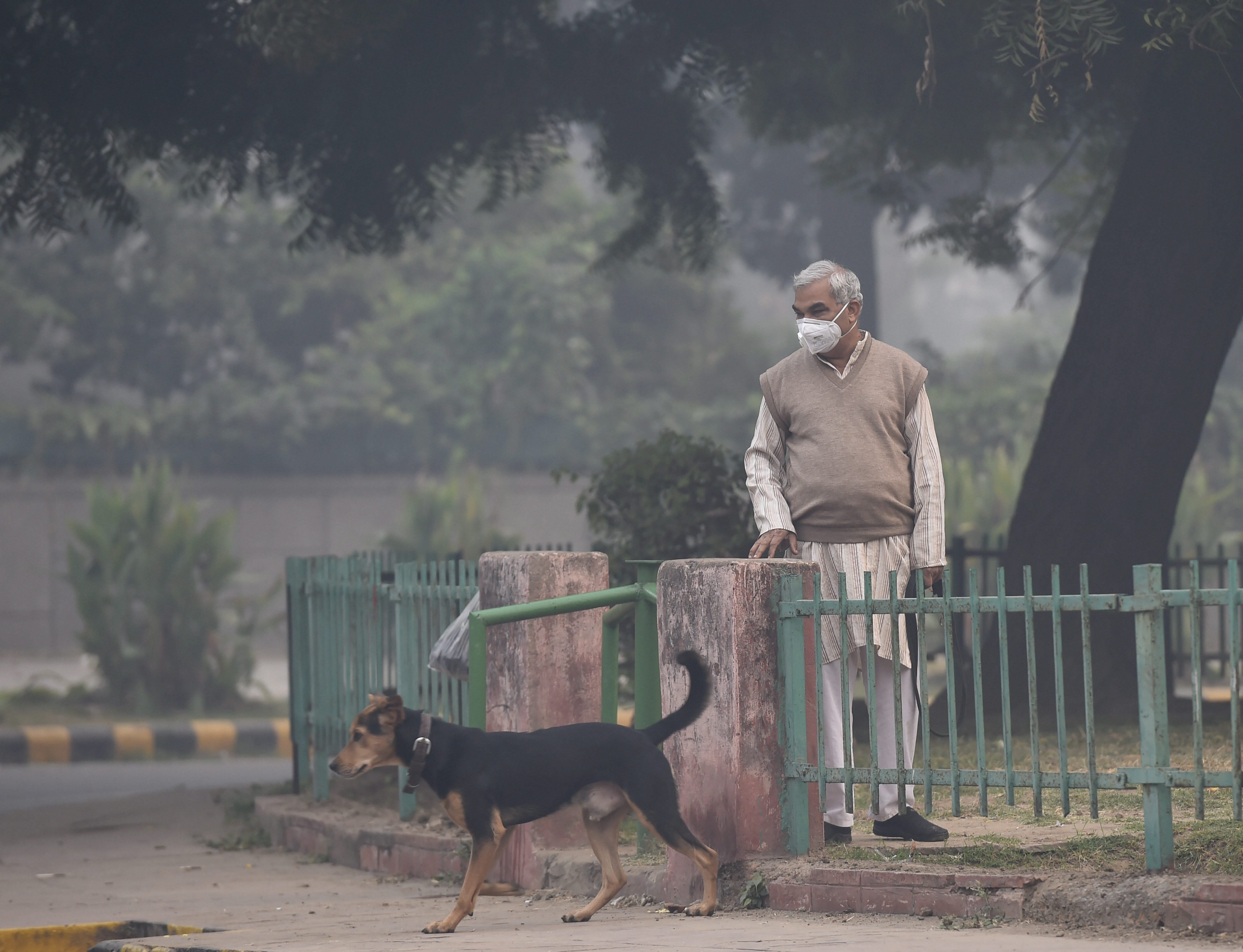 Delhi’s air quality on Saturday upgraded to “very poor” from “severe” after local pollutants “reduced significantly” and the contribution from stubble burning remained “marginal” due to wind speed, authorities said.

The overall air quality index (AQI) was recorded at 394, which falls in the “very poor” category, according to the data by the Central Pollution Control Board.

“The overall air quality index of Delhi has improved and is likely to go back to ‘very poor’ range against all odds and averse weather conditions,” Centre-run System of Air Quality and Weather Forecasting (SAFAR) said.

“The unfavourable weather was to make dispersion very slow and could have aggravated pollution levels due to locally generated pollutants, but as the influx of fresh local emission significantly dropped and allowed already accumulated pollution to disperse slowly, the air quality improved,” it said.

Stubble burning in neighbouring states on Thursday was the “largest-ever recorded” this year, which might lead to a further deterioration in the already “severe” air quality of the national capital, a government-run agency had said on Friday.

According to the Indian Institute of Tropical Meteorology (IITM), 2,100 fire counts were observed on Thursday over the north-western region of India.

“It was the largest-ever recorded for this year. It was around four times higher than Wednesday,” IITM said.

“The PM2.5 concentration is likely to increase again from Friday afternoon and may remain ‘severe’ or ‘severe-plus’ in Delhi-NCR till Sunday,” it said.

The air quality in Delhi has been ‘severe’ for the past two days with the highest pollution level of the year recorded a day after Diwali on Thursday at an AQI of 642.