Into the wilderness of Joshua Tree National Park

It is the rocks, the walking and hiking trails and the varied species of flora that makes the park unique 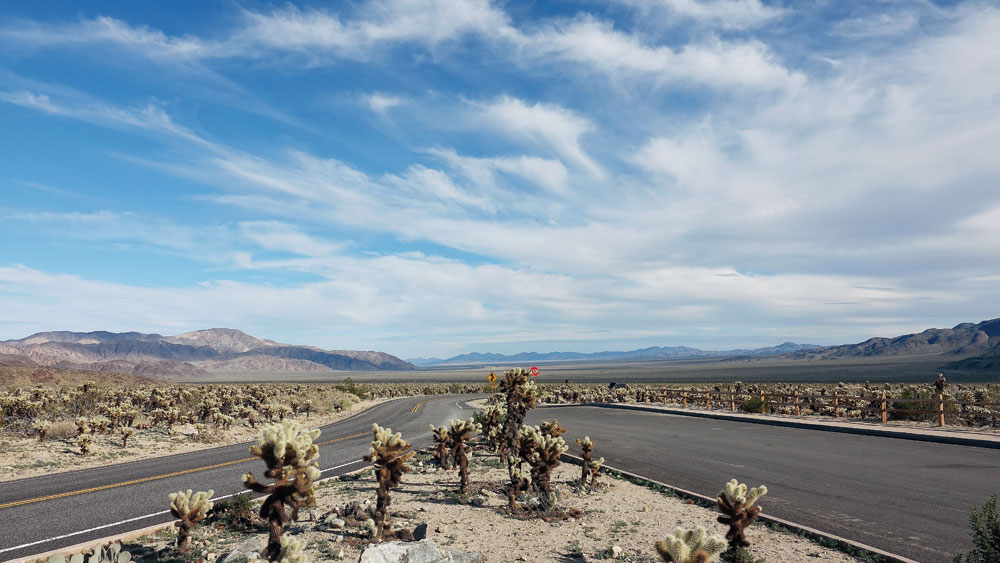 To many, the Joshua tree is the symbol of the Mojave Desert. Large dagger-like leaves in endlessly varying forms at this arid low desert offer visitors stunning vistas and rewarding hikes
Picture by Shiladitya Chaudhury
Shiladitya Chaudhury   |     |   Published 20.04.19, 01:10 PM

Shiladitya Chaudhury is a communication consultant and restaurateur. His passion for wildlife photography takes him to the remotest of places

A three-and-a-half-hour drive from Los Angeles took us to Joshua Tree National Park. This was my first visit to a national park in the United States. While driving there, the only song that kept playing in my head was U2’s Where The Streets Have No Name from the Irish rock band’s critically-acclaimed album titled The Joshua Tree from the late ’80s.

Unlike the national parks in India, which are rich both in flora and fauna, most national parks in the US do not have a permanent settlement of wild animals. Instead, it is the formation of rocks, the walking and hiking trails and the varied species of flora that create the difference.

To many, the Joshua tree is the symbol of the Mojave Desert. Large dagger-like leaves in endlessly varying forms at this arid low desert offer visitors stunning vistas and rewarding hikes.

The main attractions in the Joshua forests are giant branching yuccas known as Joshua trees, huge rock formations (especially the ‘skull rock’), fan palm oases, and seasonal gardens of cholla and ocotillo, which can be enjoyed during a leisurely six-seven-hour tour of the park, including desert zones. Though there are different walking trails through the rocks, it is worthwhile to at least explore the major trails.

Colorado, the western reach of the vast Sonoran Desert, thrives below 3,000 feet of the park on a gently declining eastern flank, where temperatures are usually higher than in the other zones of the park.

The visitors who pass through it each year are surprised by the abrupt transition between the Colorado and Mojave ecosystems. Above 3,000 feet, the Mojave section claims the Park’s western half, where giant branching yuccas thrive on sandy plains sprawling with gigantic granite monoliths and rock piles. These form an intriguing photogenic geological phenomena.

Named after the Joshua trees native to the park, early nomadic settlers were reminded of a biblical story of Joshua reaching his hands to the sky. Human life in the park began sometime after the last ice age with the arrival of the Pinto people — the hunter-gatherers who were part of the Southwest’s earliest cultures. They lived in Pinto Basin, which though inhospitably arid today, had a wet climate some 5,000 to 7,000 years ago.

Nomadic groups of Red Indians seasonally inhabited the region when harvests of nuts, beans, acorns and cactus fruit guaranteed sustenance. Several 19th-century gold mining ventures left it in ruins. However, some of these mines are accessible by hiking trails, or unmaintained roads that can be accessed by four-wheel SUVs. 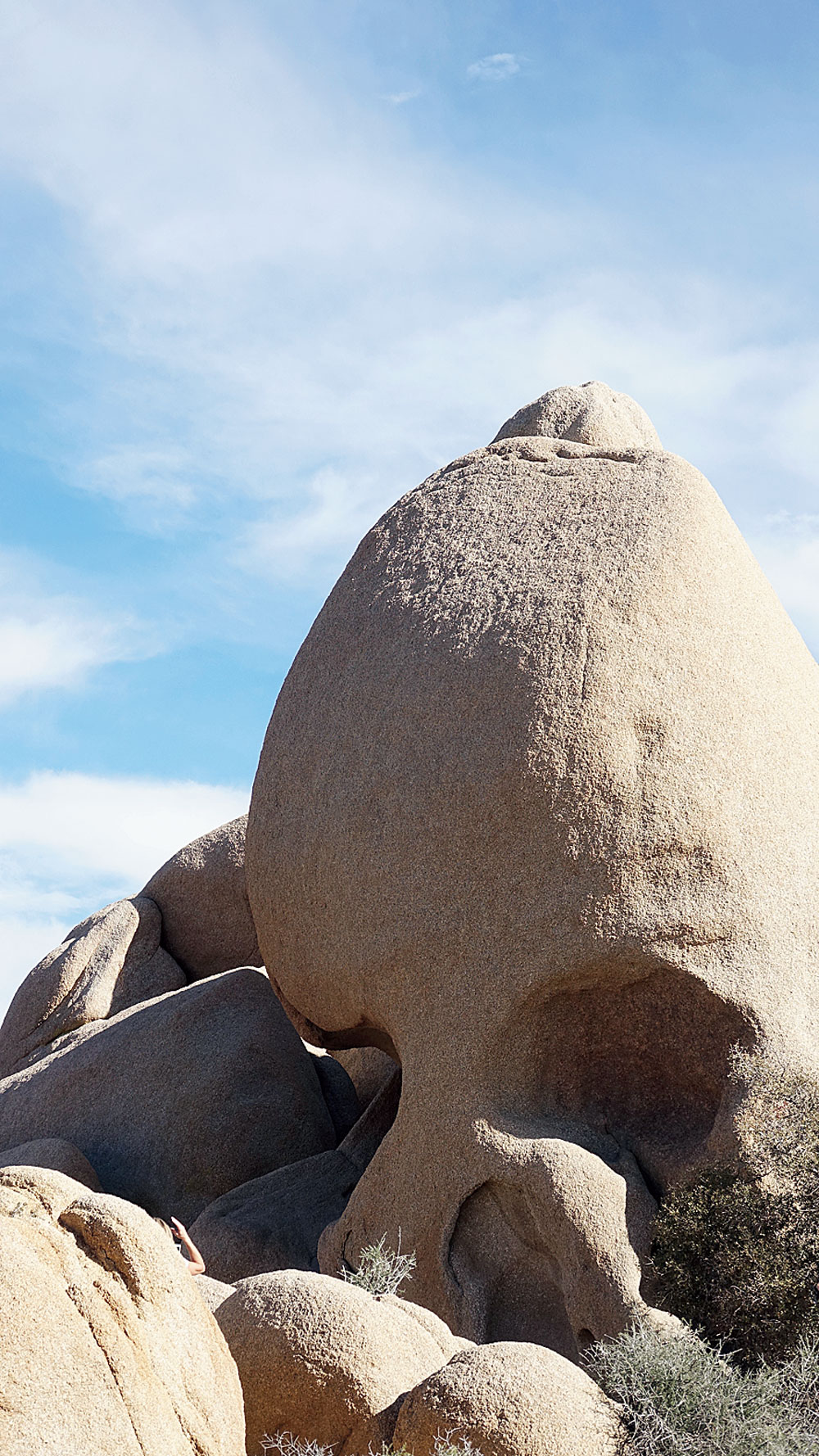 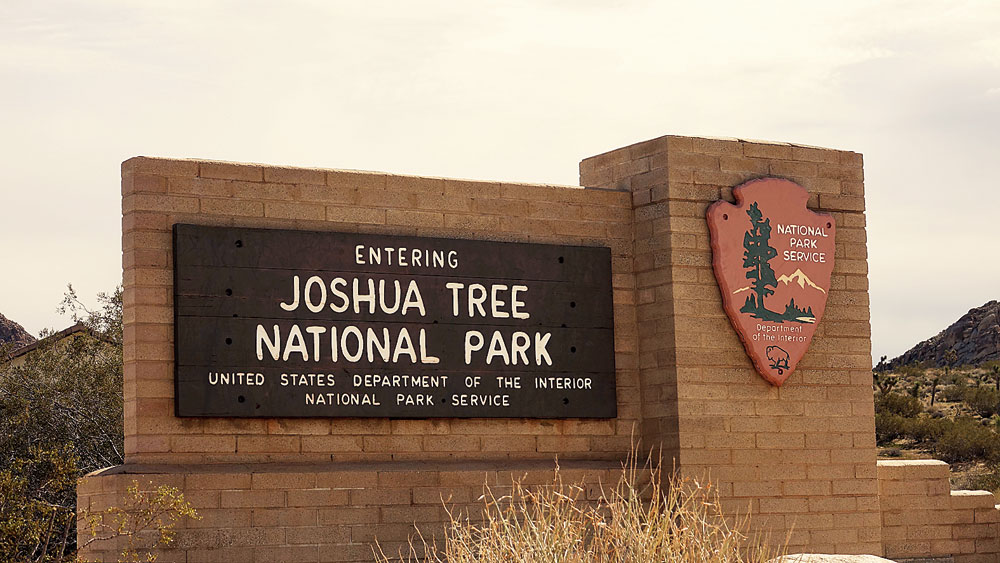 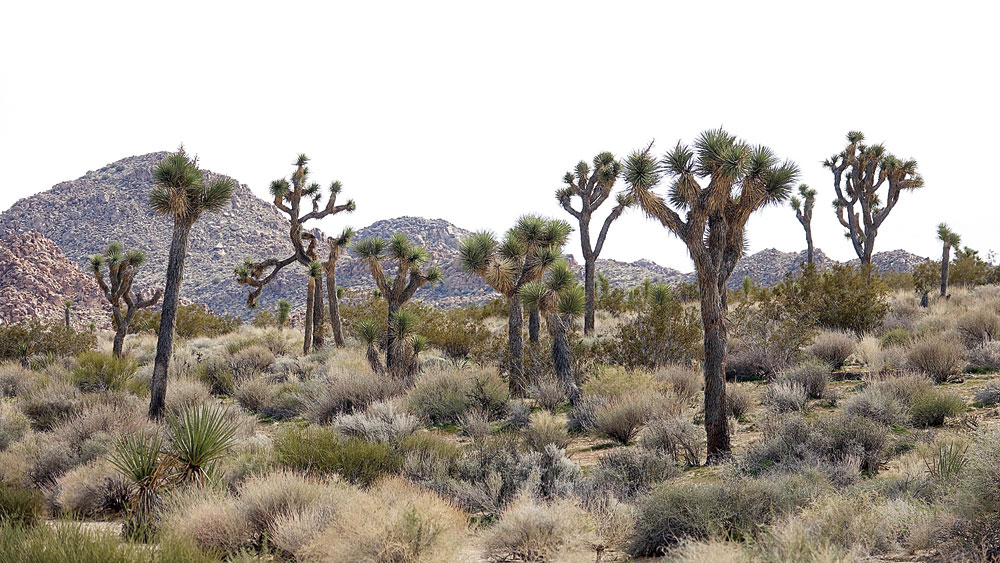 How to get there

Joshua Tree National Park is a four-hour drive from the city of Los Angeles and the park has two entry points — on the west and the north; adjacent to the towns of Joshua Tree and Twentynine Palms. There is also an airport at Palm Springs, which is an hour-long drive from the park.

Visitors are welcome round the year but the most comfortable time to visit is during spring and fall. Summers are hot, making it difficult for camping at night. In winter, snow may blanket the Mojave due to its higher elevation.