Why caste continues to thrive in India

Caste and capitalism amalgamate to perpetuate the hierarchy, this book's analysis shows 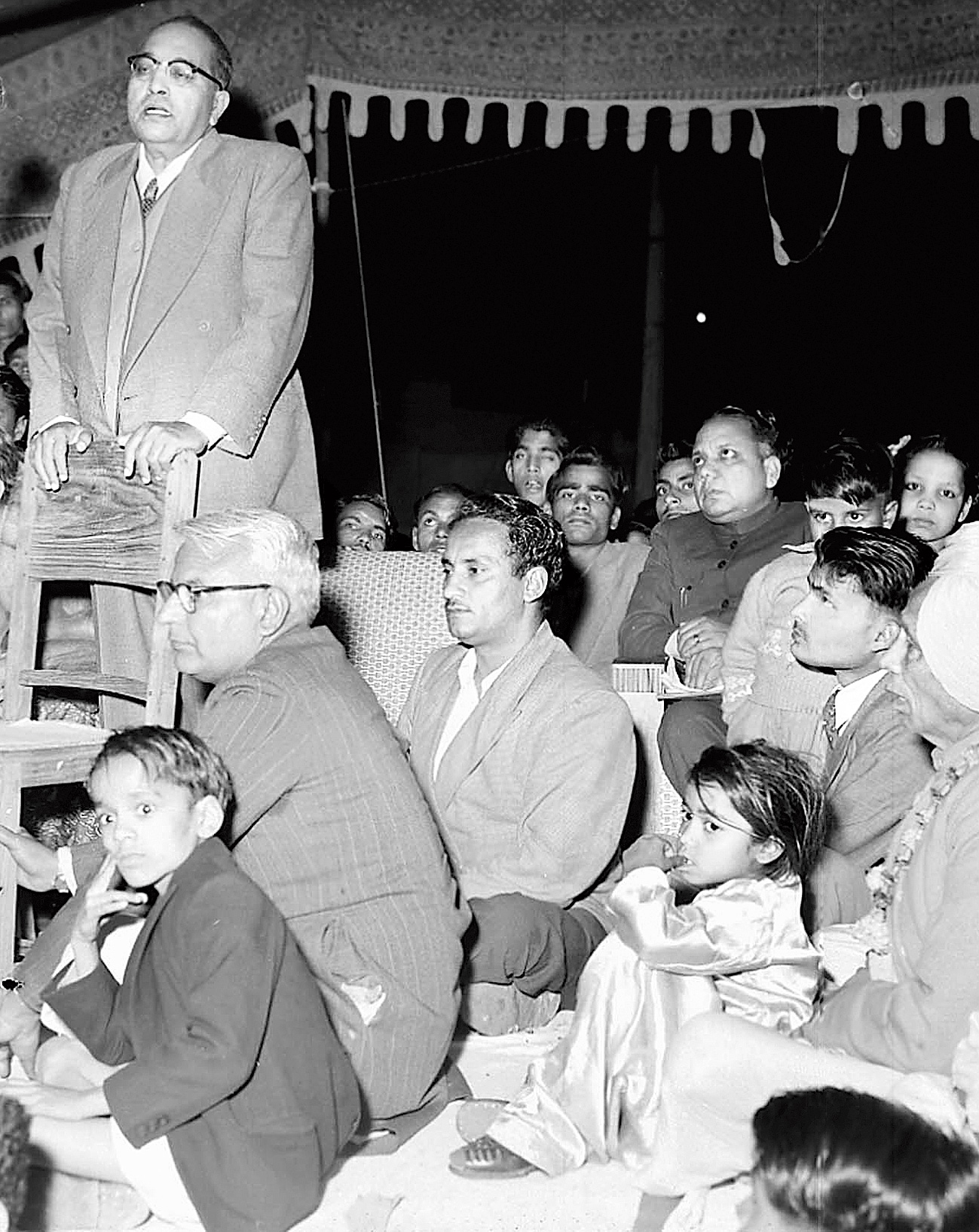 B R Ambedkar called for the annihilation of caste for India to be a society of equals
Image: The Telegraph
Sebastian M. Michael   |   Published 22.11.18, 08:18 PM

Although in the Constitution, the lawmakers outlawed untouchability, they could not overcome their own caste mind-set and skilfully consecrated caste, which, in fact, is the source of untouchability. Although many changes have taken place, caste has thrived and prospered alongside the republican principles of modern India. The 13 chapters in the book give an analysis of how and why this is happening.

In India, inequality is deeply entwined with caste and religion. Although the Indian Constitution envisages a secular India with equality, fraternity and social justice as the primary values of the nation, both caste and religious fundamentalism have colluded with the market to speak the language of majoritarianism. The book highlights the dire consequences of these processes as they affect Dalits, adivasis and minorities, with case studies and narratives from the field.

Caste and capitalism amalgamate to perpetuate the oppressive and unjust hierarchical system in India. The biggest obstruction to bringing about a politics of change is the growing divergence between the Dalit and the Left movements. According to the author, the cause of this rift lies in the dichotomy of caste and class. Caste in India often encompasses classes within it. However, the communists relegated caste to the superstructure and trusted that it would go away when the economic base was changed. The Left swore by Marxism, and the Dalits by Ambedkarism. There is a need for both to come together to bring transformation in India.

Ambedkar has theorized the problem of India in his call for an envisaged annihilation of caste as its only solution. When the lawmakers themselves were the law breakers of the vision of the Constitution, Ambedkar said, “The Constitution was a beautiful temple occupied by demons.” The book is of the view that unless the annihilation of caste takes place, India can never become a society of equals. The author is sad that the actions of Dalits, who themselves claim to be Ambedkarites, suggest that they do not understand the importance of this annihilation. For their short-term gains of reservations, they compromise the long-term goal of caste annihilation. The cost of reservation far exceeds its benefits.

Ambedkar is now the icon and symbol of a new India. He fought against obscurantism of caste and religion, but today the very forces which promote majoritarianism of one religion are trying to appropriate and co-opt Ambedkar by a saffronization process.

The author is also very critical of the prime minister’s ambitious project, the Swachh Bharat Mission. He criticizes the project, saying that the SBM focuses solely on creating hardware (the construction of toilets) and negates the software, the cultural aspect of the problem. Highlighting the interrelation between caste and sanitation, he asserts, “No Swachh Bharat without Annihilation of Caste.” Further, the book highlights the saffronization of education and culture and the undermining of diversity in the republic.

The book is a valuable and insightful reader for all those who want to understand the contemporary situation of Indian society and how the nexus between caste, religion, politics and market works in perpetuating the age-old caste-based social order in a changed situation.

Republic of Caste: Thinking Equality in the time of Neoliberal Hindutva by Anand Teltumbde, Navayana, Rs 695

No Azaadi for Dalit agricultural labourers

The publication of Republic of Caste: Thinking Equality in the time of Neoliberal Hindutva is the result of the recasting, updating and broadening of hundred-odd essays which have appeared in the Economic and Political Weekly for over a decade with sharper arguments in the context of present socio-political situation of India.

The overall running theme of the chapters is the inspiration springing from Ambedkar’s Annihilation of Caste and the Left’s ideology of a ‘classless society’. The conviction of the author is that “no radical change is possible in India without confronting caste”. The book tries to reconcile the Left movement with the Dalit uprising. While the Left, in its efforts to bring about a classless society, does not give sufficient importance to caste contradictions, the Dalit movement, on the other hand, believes that unless the caste contradictions are annihilated, a classless society cannot be built.