The fourth and final instalment of the Forgotten Books series, The Labyrinth of the Spirits, brings to closure the tangled web of thematic and narrative threads traced in the earlier novels 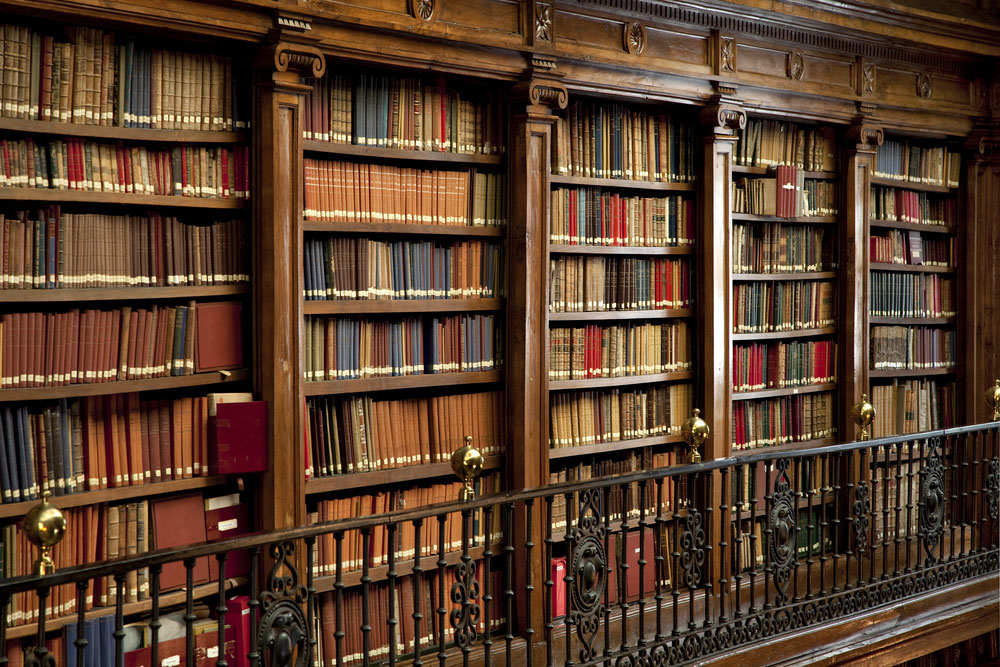 The Cemetery of Forgotten Books, a purgatorial crypt where books, like trapped souls, wait patiently to be rediscovered and resurrected in the reader’s minds
Shutterstock
Sonia Sahoo   |   Published 18.04.19, 07:25 PM

Concealed in the shadows of old Barcelona and situated at the crossroads of memory and time lies a vast subterranean library of labyrinthine corridors, intricate passageways, spiralling arches and curved galleries that is the final resting place for books that have been forced into oblivion or condemned to obscurity. This is the Cemetery of Forgotten Books, a purgatorial crypt where books, like trapped souls, wait patiently to be rediscovered and resurrected in the reader’s minds. Closely reminiscent of the medieval Benedictine library in Umberto Eco’s The Name of the Rose and with shades of Don Quixote’s private collection in the eponymous novel by Cervantes, this textual necropolis functions both as setting and as metaphor for the Borgesian metastructure running through the interconnected literary universe of the tetralogy by the Spanish writer, Carlos Ruiz Zafón, that commenced 17 years ago with his international bestseller, The Shadow of the Wind, to be followed in succession by The Angel’s Game and The Prisoner of Heaven. As the fourth and final instalment of the Forgotten Books series, The Labyrinth of the Spirits — translated from the Spanish original, El laberinto de los Espíritus, by Lucia Graves — unravels and brings to closure the tangled web of thematic and narrative threads traced in the earlier novels. By the author’s own admission, each instalment of the quartet is designed to represent a separate portal into the central labyrinth of lost and forgotten stories and does not require to be read in any particular sequence. Thus, an appreciation of the present novel’s haunting brilliance does not demand prior familiarity with Zafón’s previous works.

When in the winter of 1959 Alicia Gris, who works for the Spanish secret police in Madrid, embarks on her final assignment of uncovering the mystery behind the sudden disappearance of Mauricio Valls, Spain’s minister of culture, she stumbles across a rare and priceless book by Victor Mataix, a long-forgotten writer and illustrator of children’s storybooks. Mataix’s volume was part of a banned and subsequently lost larger nine book juvenile adventure series entitled The Labyrinth of the Spirits that was supposedly written for his young daughter, Ariadnain, the 1930s but was in reality believed to be a veiled apocalyptic vision of a besieged Barcelona in the years leading to the Spanish Civil War. Soon enough, this book proves to be a piece in the larger puzzle involving Valls’s dark past 20 years ago as the warden of Montjuïc Castle, the infamous military prison of the post-war Fascist era where Franco dissenters and Republican sympathizers were confined and silenced forever. As Alicia probes deeper into the missing links connecting Valls’s unexplained rise to the Spanish corridors of power and Barcelona’s ‘Lost Generation’ of writers and their vanished and now censored works, she realizes that the key to the heart of the mystery lies in the Cemetery of Forgotten Books. Descending into the depths of Spanish cultural memory, she exhumes a long-erased chapter of violent repression and enforced silence, uncovering a deep-rooted conspiracy that threatens to unsettle the deceptive calm of the present.

With her shrewd insight and charming seductiveness, which makes her a curious mix of the noir heroine and the conventional femme fatale, the 29-year-old Alicia emerges as one of the most enigmatic characters of the novel. Within the dense web of intertextual echoes enveloping the story, she recalls her namesake in Lewis Carroll’s Alice’s Adventures in Wonderland; her accidental fall at a very young age through the vaulted glass dome of the secret library during Mussolini’s aerial bombing of Barcelona gives her access to a strange and forbidden City of Books. Years later, her surrealistic ‘adventures’ in an infernal Barcelona of horrors enables her to weave together a mnemonic narrative comprising fragments from different historical moments into a coherent pattern of cause and effect. Her memory text assimilates and gives voice to the untold stories of Isabella, David Martin and Julián Carax, and magically mediates life and art by connecting Zafón and Mataix’s identically named works to a collective, though forgotten, historical and cultural past that can only be (re)membered through the commemorative act of reading.

Alicia’s engagement with the bookish labyrinth by negotiating false leads, hidden clues and finding new (reading) paths to discover the monstrous secret lying at its centre also recreates an alternative version of knowledge that challenges the neatly structured, teleological narratives of Spanish official historiography. Such counternarratives have acquired increasing relevance following the discovery of hundreds of unmarked civilian graves throughout Spain at the turn of this millennium that bear quiet testimony to Fascist legacy and represent a conscious revocation of the Pact of Oblivion surrounding the horrors of the Civil War and General Franco’s dictatorship. Yet, the forgotten library with its otherworldly charm also underscores the value of literature and the gradually waning art of reading. It is a timely reminder of what Ray Bradbury had once said, “There are worse crimes than burning books. One of them is not reading them.”

The Labyrinth of the Spirits By Carlos Ruiz Zafón, W&N, Rs 699

Teen Literature Day: Changing the world for the better