Short stories: Can death be addictive?

'To Die in Benares', a collection of short stories, is set around the Harishchandra Ghat in Varanasi 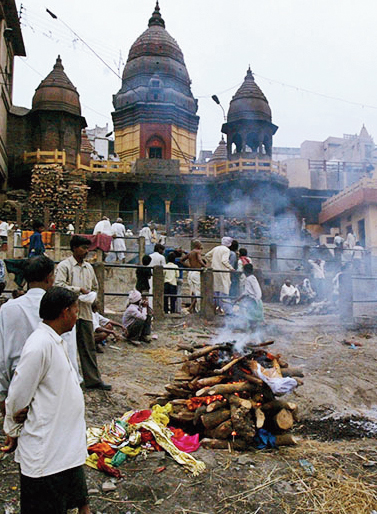 Can death be addictive? The seven short stories in the collection, To Die in Benares, by K. Madavane, compel a reluctant surrender to its fascination, to a sense of its unavoidability, its expectant waiting. Harishchandra ghat in Varanasi is both destination and geography for the stories — characters may refuse to enter it, as in “A Holy Cow in Varanasi”, long to be burnt there and be denied, as in “To Die in Benares”, choose a hotel by it, stuffy and smoky and full of the smell of burning, as in “A Night of the New Moon”, or just accept a dare next to it, as in “A Nail on a Tamarind Tree”. Ironically, it is the legend of Harishchandra, the truthful and great-hearted king, related by an old man in “Your Kingdom for a Lie”, that comes closest to what can be called a happy ending. But Harishchandra’s sufferings as keeper of the burning ghat are unforgettable, while the clash of egos between two sages, the gods’ cruelty, and the king’s pride in truth-telling that impel the story deny the reader any comfort.

Madavane, brought up in colonial Pondicherry, is a theatre director and writer — formerly also a professor — who writes in French. Blake Smith, his translator into English, has recreated with great care Madavane’s enigmatic intensity. His unconventional form, shifting from the expected prose to poetry, indented paragraphs, mysteriously spaced interview-like accounts, may remind one of drama, but it is more the vehicle he needs for his layered, often outré, situations. His insight into the creaking joints of a colonial bringing-up and its aftermath in “A Paper Boat on the Ganges” and “A Holy Cow in Varanasi” is unclouded by nostalgia and sometimes sardonic, which makes the second story darkly funny. The first though, is tragic throughout, a complicated story of colonial attitudes, humility, belief, love and loss.

“Poongavanam or the Forest of Flowers” and “A Night of the New Moon” are driven by an imagination that is gazing into the dark. Is the woman who chains herself to the stone horses of a temple a mad beggar, an enraged deity or a vengeful shrew rejected by her family? What is her relationship to the fable of the bleeding house? Varanasi breeds a sense of the indefinable — what is a fable there? What is real? Is someone really chasing the boy in “A Nail on a Tamarind Tree” or is it just a delusion bred of terrified belief? But the world beyond terror can be even more grisly, shows “A Night of the New Moon”, as the banality of a son’s dutifulness turns into grotesque dedication.

'To Die in Benares' a collection of short stories By K. Madavane, (Picador, Rs 499)