Berhampore-based Rangasram staged Janashatru, an adaptation of Henrik Ibsen’s An Enemy of the People at Tapan Theatre 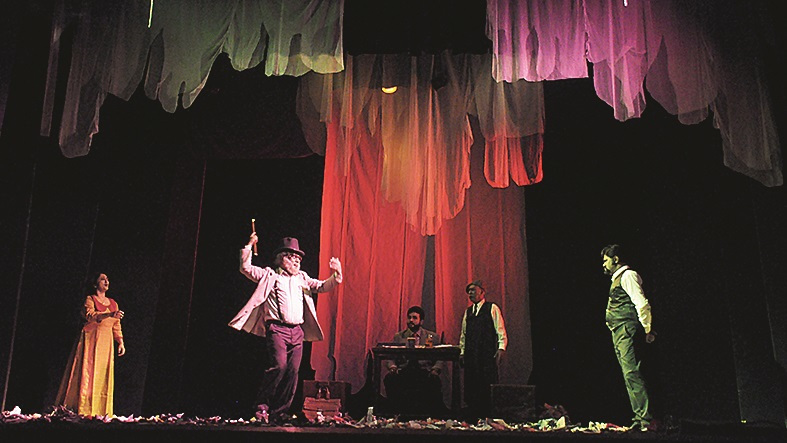 Berhampore-based Rangasram staged Janashatru, an adaptation of Henrik Ibsen’s An Enemy of the People at Tapan Theatre on January 28. An Ibsen adaptation is nothing new in Calcutta theatres since Sombhu Mitra adapted it as Dashachakra, a Bohurupee milestone. Many other adaptations followed in the last few decades. For a change, Rangasram decided to go for Debabrata Acharya’s faithful translation of the original.

Yet one immediately felt a sense of déjà vu. A medical officer (Suman Singha Roy) smells a rat in the water system of a town whose economy is heavily dependent on a spa, sends water samples for advanced tests to confirm his suspicions and then goes all out to sound the alarm bells, only to find the local administration — headed by his younger brother (Rahuldev Ghosh) — unwilling to pay heed, and the local media going a step forward and then two steps back to frustrate his efforts. With civil society posing as mute bystanders, how would the doctor challenge the muscle-money nexus?

With Ratna Bhattacharya designing a period costume complete with props, the remarkable ability of the director, Sandip Bhattacharya, to reconstruct a European situation surfaced once again. Deb Kumar Paul — his long-time associate — designed the movements and also the suggestive multimedia interjections that lit up the cyclorama during the scene shifts. Singha Roy looked fairly competent in the part and Ena Sengupta complemented him well in the wife’s part. The crucial meeting scene in the editor’s room looked a little hurried though.

Sandip packed the punches in the public debate scene. When the audience came in regular Indian costumes, an element of hybridization was subtly introduced. The phrases started sounding familiar. Then came a point when the doctor came down the stage into the aisles to convince the audience. In the meantime, the mayor turned the stage into a magic show, bringing out sops like bicycles, statues, tridents and pistols from his bag, transforming public opinion in the process. This stroke of brilliance lifted an otherwise fine adaptation of a realist classic to a critique of populist measures now played out in the open.