World shares fall after Democrats turn up heat on Trump 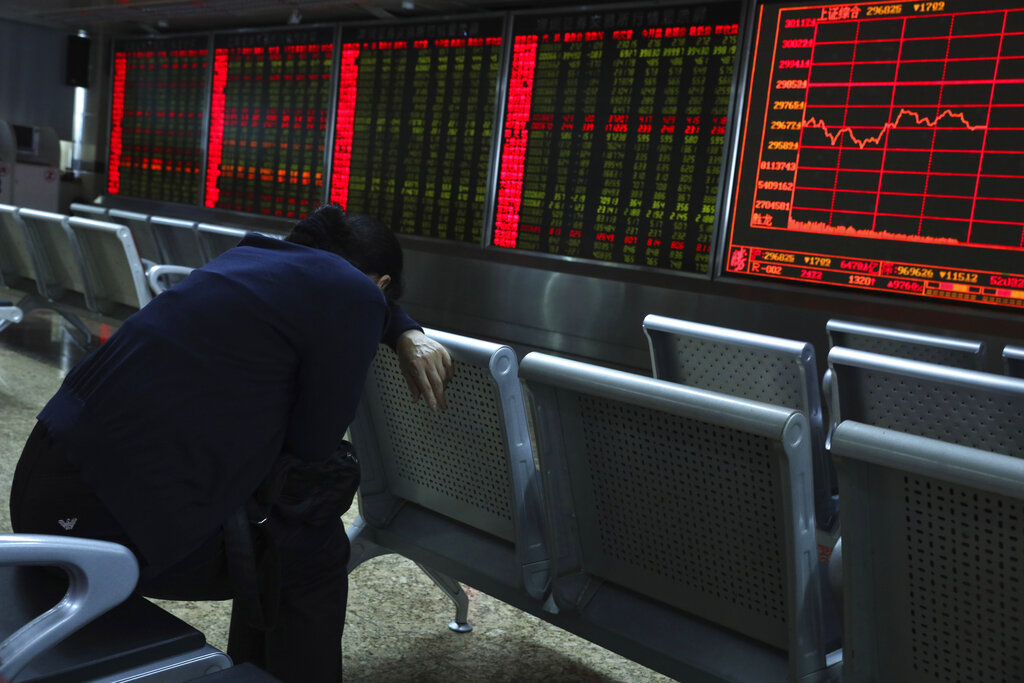 Global stocks skidded on Wednesday after Democrats in the US House of Representatives said they intended to launch an impeachment probe of President Donald Trump.

The losses followed declines overnight as investors' attention swung from headlines on trade to data showing a drop in US consumer confidence.

Lawmakers in Britain were returning to the House of Commons following a Supreme Court ruling that Prime Minister Boris Johnson had acted illegally by suspending Parliament.

Johnson was rushing back to London, cutting short a trip to the UN General Assembly, amid demands for his resignation from furious opposition parties.

Johnson was due to address Parliament on Wednesday as he fights to extract Britain from the EU on Oct. 31 even if the two sides do not reach a 'divorce' deal.

In the US, the announcement by Nancy Pelosi, speaker of the House, about a possible impeachment inquiry came after markets closed Tuesday though news the Democrats were considering a probe broke earlier in the day.

On Twitter, Trump described the possible impeachment inquiry as a 'total Witch Hunt.'

History shows the impeachment of a president doesn't necessarily mean disaster for the stock market, but the impeachment issue adds to the uncertainties already overhanging markets, including strife in the Middle East and Britain's troubled exit from the European Union as well as trade frictions.

'It would be difficult for the market to ascertain how long this matter will drag and the concurrent impact upon US-China trade, which is the bigger worry at present,' Jingyi Pan of IG said in a commentary.

Investors are also looking ahead to trade talks between the US and China. Tensions in the tariffs war between the two biggest economies had recently eased somewhat, prompting speculation that the next round of negotiations, in October, might at least yield an interim deal on trade.

But Trump dampened optimism with remarks before the UN General Assembly on Tuesday about the need for a 'fair' trade pact. He also threatened more tariffs.

In energy markets, the benchmark crude oil contract fell 83 cents to $56.46 per barrel in electronic trading on the New York Mercantile Exchange. It tumbled $1.35 a barrel on Tuesday.

Brent crude oil, the international standard, gave up 96 cents to $61.16 per barrel. It dropped $1.61 in London the previous day.