Worst fall in more than 3 years 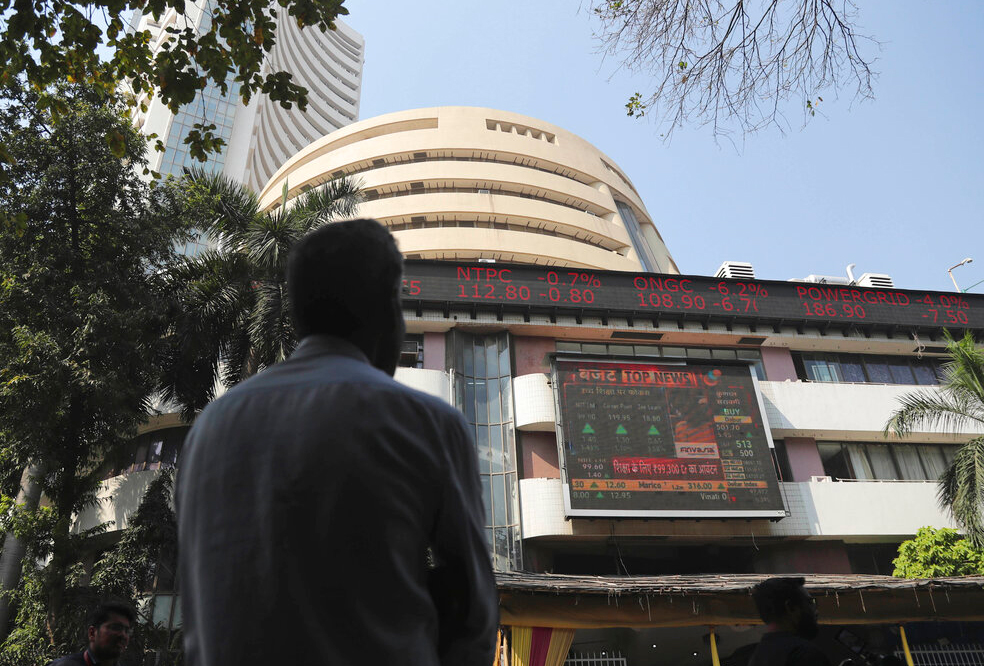 Nirmala Sitharaman’s second budget proved to be disastrous for the investing community, driving the Sensex down by almost 1,000 points at close.

The absence of any major stimuli to take the economy out of slowdown or measures to lift the market sentiment, coupled with unfavourable proposals, sent key indices to their worst fall in more than three years.

As a consequence, investor wealth, measured in terms of value of all listed shares on the BSE, took a hit of Rs 346,256.76 crore.

This is perhaps the biggest loss posted by the key indices on budget day in a decade. Sitharaman told a TV channel that Saturday was not a regular market day and she would like to wait till Monday before reaching any conclusion.

Market mavens attributed several reasons for the sell-off. While investor sentiment had already taken a hit because of concerns over the global impact of the coronavirus, there were expectations that Sitharaman could announce specific measures for various sectors like automobile, infrastructure and real estate that could kickstart the economy. The finance minister did her bit to help sectors like infrastructure, but it failed to impress the Street.

Anticipation was at play that the budget would contain market-friendly measures such as a tweak of the long-term capital gains tax (LTCG). The optimism was that either the LTCG would be abolished or the tenure raised to two years. This expectation was not met.

Although observers had predicted changes to the dividend distribution tax (DDT), shifting this to the recipient was seen as an unfriendly step towards the investor.

The finance minister tried to boost consumption by proposing a new income tax structure for which an individual will have to forgo certain key exemptions but that was also perceived negatively by the market. The fear is that it has the potential to affect savings, thereby hurting inflows into the markets from domestic institutions like insurance companies.

According to Vinod Nair, head of research at Geojit Financial Services, Sitharaman’s budget was below the par, considering that market had high expectations from the government.

“Adding flexibility to the fiscal deficit of 2019-20 is positive but extending the same to 2020-21 would have provided more confidence to the market. The income-tax changes announced have come with riders of giving up exemptions which disappointed the markets, with insurance sector being impacted the most,” he added.

“In a normal scenario, this budget would have been considered as good providing tax benefit to the common man, corporate and focus on farmers' incomes, but the situation required more,” Reuters quoted Nair as saying.

“Markets had very high expectations from the budget... these expectations have not been met,” Deepak Jasani of HDFC Securities told Reuters.

ITC was the top laggard in the Sensex pack, tanking 6.97 per cent, after the budget hiked the excise duty on cigarettes. L&T, HDFC, SBI, ONGC, ICICI Bank and IndusInd Bank also lost up to 5.98 per cent.

Only six stocks in the Sensex gained with TCS rallying 4.13 per cent. It was followed by HUL, Tech Mahindra, Infosys, Nestle and Bharti Airtel.

Market circles said that with a key event now over, the focus will now turn to the ongoing results season, developments on the coronavirus and the upcoming monetary policy.