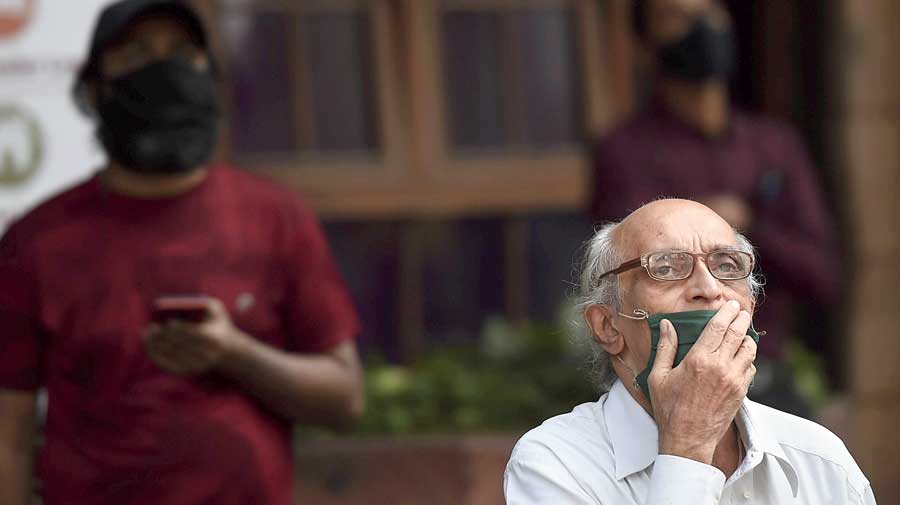 Stocks remained under pressure following a sell-off in the global markets as Russia continued to bombard Ukraine.

The Sensex plunged more than 1200 points in intra-day trade before recovering some ground on reports of another round of talks between the two sides. Market circles expect the weak trend to continue in the immediate term as there were downsides in the form of soaring crude prices and a possible interest rate hike in the US.

Auto and financials were hit badly with the Nifty bank index plummeting 2.30 per cent, auto index 2.96 per cent and financial services 1.45 per cent.

Metal stocks gained as the conflict jacked up the prices of various commodities.

In the Sensex pack, Maruti Suzuki fell the most by 6 per cent, followed by Dr Reddy’s Laboratories, Asian Paints, ICICI Bank, HDFC and HDFC Bank which fell up to 5.14 per cent.

Tata Steel was a major gainer, rising 5.54 per cent.

“Traders need to be cautious of sharp movements on either direction, while investors can use the current dip to gradually add quality blue- chip companies in their portfolios’’, Khemka said.

At the forex markets, the rupee remained susceptible to outflows from foreign portfolio investors (FPIs) and the weakness on the stock markets. Besides, investors were moving to dollars as it was considered a safe asset.

The yields on the benchmark 10-year government debt rose four basis points to close at 6.81 per cent.