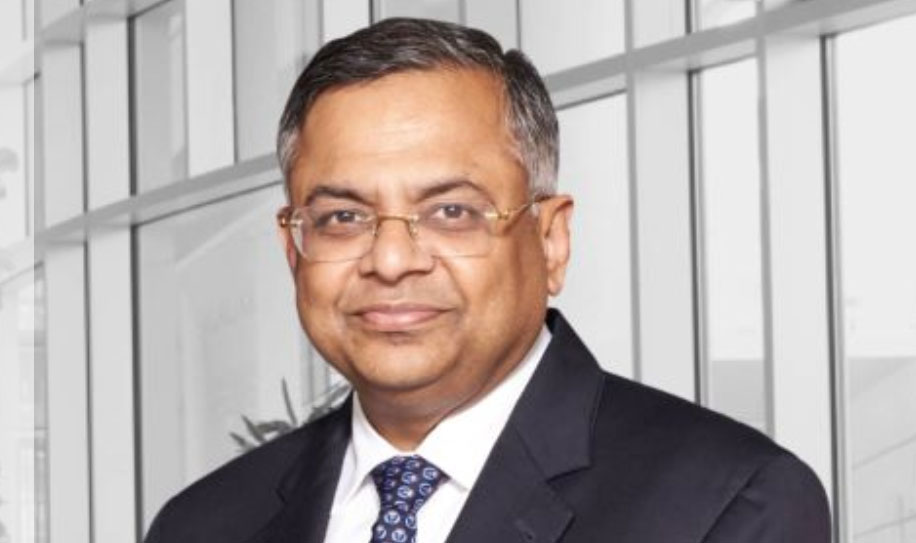 “On a consolidated basis, our company achieved the highest ever levels of revenues and EBITDA this year. I am happy to report that the company has generated positive free cash flow of Rs 8,839 crore this year for the first time in over a decade,” N. Chandrasekaran (in picture) said.
(TCS Official Website)
Sambit Saha   |   Calcutta   |   Published 23.06.19, 06:43 PM

Tata Steel has managed to generate positive free cash flow for the first time in more than a decade as the company’s strategy to re-focus squarely on the Indian market is beginning to pay off.

The company, which achieved the highest revenue and EBIDTA (earnings before interest depreciation and tax) in the last fiscal, now produces only one-third of its steel outside India as it scales up output from domestic sources through capacity expansion and acquisitions.

“On a consolidated basis, our company achieved the highest ever levels of revenues and EBITDA this year. I am happy to report that the company has generated positive free cash flow of Rs 8,839 crore this year for the first time in over a decade,” N. Chandrasekaran, chairman of Tata Steel, said in his address to the shareholders in the latest annual report of the company.

The net revenue has gone up 27 per cent to Rs 1,57,669 crore in 2018-19 mainly on account of the high-profile acquisition of Bhushan Steel (now called Tata Steel BSL Ltd) from the bankruptcy court.

During this year, when the company acquired the steel unit of Usha Martin Ltd through its subsidiary Tata Sponge Ltd, the group EBIDTA (an indicator of the underlying health of the business) stood at Rs 29,770 crore, a growth of 39 per cent over the previous fiscal.

The company has set a target of reaching 30-million-tonne capacity in India by 2025 compared with 19.6 million tonnes at present. This will be achieved through expansion at Kalinganagar (already going up to 8 million tonnes from 3mt currently) as well doubling the capacity of Tata Steel BSL, which is being merged with parent Tata Steel India.

“The company’s India capacity and contribution has expanded significantly. The plant in the UK contributes to 11 per cent of the company’s total capacity and the plant at IJmuiden (Netherlands) contributes 22 per cent,” said Chandrasekaran, who is the chairman of Tata Sons, the main holding company of the salt-to-software Tata Group.

The free cash flow appears to have helped the company mitigate the rising debt level which accrued because of two large acquisitions, Bhushan Steel and Usha Martin’s steel unit.

Net debt, however, jumped 37 per cent. The net debt stood at Rs 94,879 crore in 2018-19 compared with Rs 69,215 crore in the previous year. This mainly happened as Tata Steel liquidated current investment in mutual funds and drew from bank balances to finance the acquisitions and expansion of Kalinganagar.

New Delhi: Tata Steel on Sunday said it would seek shareholders’ nod for the reappointment of T. V. Narendran as the CEO and MD of the company.

It will also seek shareholders’ approval for the appointment of Vijay Kumar Sharma as a director and reappointment of Mallika Srinivasan and O. P. Bhatt as independent directors, according to a BSE filing.

The company’s next annual general meeting is scheduled for July 19, 2019 in Mumbai.

Tata Steel is seeking the consent for the reappointment of Narendran for a period of five years from September 19, 2018. PTI