Virus impact ‘turning out to be more than expected’, says Governor Das 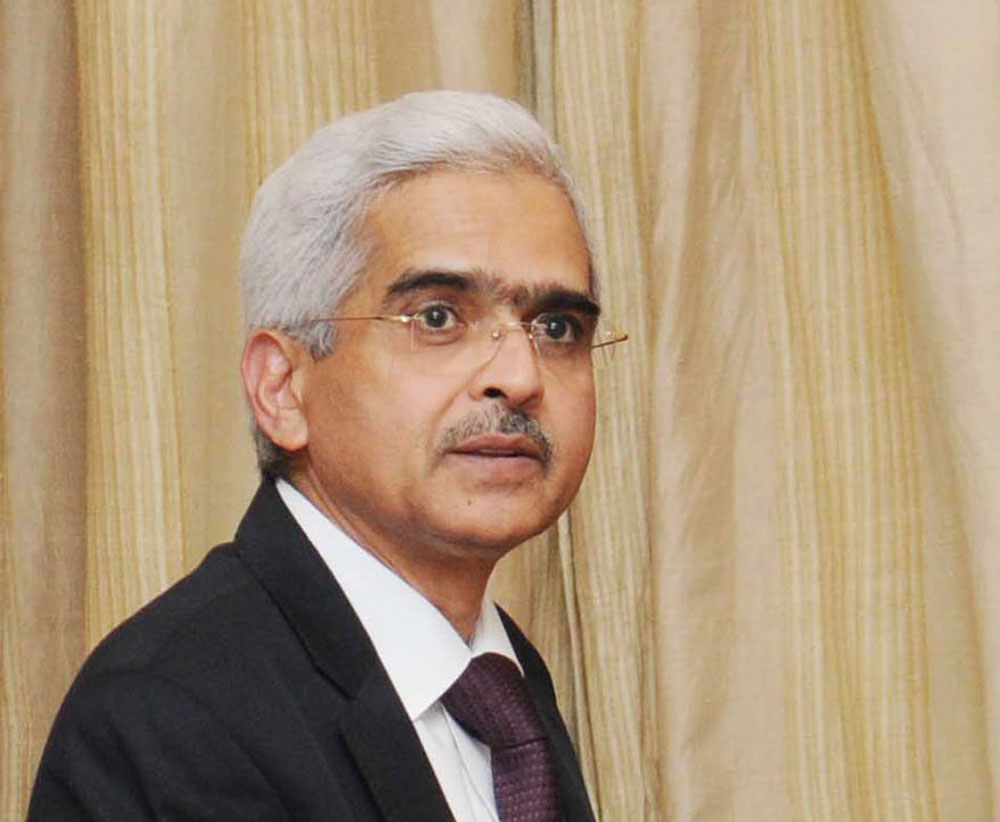 The Reserve Bank of India lowered key interest rates at an emergency meeting of the Monetary Policy Committee and pledged to make more cuts if needed to boost India’s coronavirus-wrecked economy that is forecast to contract by as much as 7 per cent this financial year.

In a move to stimulate the economy, the RBI reduced the key repurchase rate, or “repo” as it’s known, by 40 basis points to 4 per cent as it said that the impact of “coronavirus is turning out to be more than expected. GDP growth is estimated to remain in negative territory in 2021.' The cut took the repo -- the rate at which the central bank lends to commercial banks -- to a record low.

“Judging that the risks to growth are acute, while the risks to inflation are likely to be short-lived, the MPC (Monetary Policy Committee) believes that it is essential now to instil confidence and ease financial conditions further. This will facilitate the flow of funds at affordable rates and rekindle investment impulses,” Governor Shaktikanta Das told a news conference.

The RBI said in a statement it was maintaining its “accommodative” stance, meaning that more interest rate cuts may be coming. “We will take whatever measures are necessary to meet the Covid-related challenges which are ahead of us,” Das said. The Bank stands “in battle readiness to use all its instruments and even fashion new ones… to address dynamics of the unknown future,” he said.

The central’s latest repo rate cut came on top of a 75-basis-point reduction in March. Economists say the Bank could cut rates by a further 75 basis points over the next few quarters. The Bank also reduced the reverse repo rate -- the rate at which the RBI borrows funds from commercial banks -- by 40 basis points to 3.55 per cent. That step was an attempt to spur commercial banks to lend more of their money -- something they’ve been reluctant to do for fear of increased defaults which could further impair their already badly scarred balance sheets.

In a big relief to companies struggling to repay debt in the face of a demand wipeout and to consumers paying term loans and credit card bills, the central bank doubled a previously announced repayment moratorium to six months. The extension of the loan moratorium to August 31 from May 31 will help consumers whose incomes have been slammed by the Covid-19 lockdown as well as companies. Importantly, the move also means that an immediate deterioration in bank balance sheets can be avoided.

Das did not give an exact figure for how much the Bank expected the economy to shrink this year but he said “it is in the growth outlook that the MPC (Monetary Policy Committee) judged the risks to be gravest.” Investment bank Goldman Sachs, though, forecast that India’s economy would shrink by 5 per cent in the 2020-21 fiscal year. Goldman Sachs called its new forecast a “gigantic” downgrade from its earlier prediction that India’s growth would shrink by 0.4 per cent.

The investment bank said India is heading for a 45 per cent shrinkage in GDP growth in the first financial quarter to June. Its expectation that full-year growth will shrink 5 per cent hinges on a big burst of economic activity in ensuing quarters.

Goldman Sachs cited a slew of negative Indian economic data for its latest growth numbers. India’s industrial production in March alone fell by 17 per cent year-on-year while exports slumped by over 36 per cent in April from a year earlier. Unemployment has jumped to a record 26 per cent from 8 per cent since the March imposition of the lockdown, which has been one of the strictest globally. US investment management firm Bernstein projected an even bigger growth contraction of 7 per cent for the full financial year.

“Even though the lockdown may be lifted by end-May with some restrictions, economic activity even in the second quarter may remain subdued due to social distancing measures and the temporary shortage of labour,” the central bank said.

“Recovery in economic activity is expected to begin in the third quarter and gain momentum in the fourth quarter as supply lines are gradually restored to normalcy and demand gradually revives,' the bank added.

Hardest hit by the lockdown have been services and the automobile sector, which are two of the country’s biggest employers. “The hard facts of declining consumption and a deepening economic slowdown in India are inescapable” so rate cuts are “a welcome move,” said Anuj Puri, Chairman of ANAROCK Property Consultants.

The country right now is seeing a “collapse of demand,” Das said as he urged Indians to “have faith in India’s resilience.” Das said there were a “few slivers of brightness amidst the encircling gloom,” noting forecasts of a normal monsoon. “Although social distancing separates us, we stand united and resolute. Eventually, we shall cure; and we shall endure,” he said.

Economists have slammed the government’s latest economic bailout package announced by Prime Minister Narendra Modi last week as relying too heavily on promoting lending to revive the economy and doing nothing to put money in consumer pockets and to spur consumer demand. Modi said that his economic stimulus plan was worth 10 per cent of gross domestic product. But economists calculated that the real value of the stimulus at about 1.15 per cent of GDP.

With Modi’s government financially strapped for tax revenues and the country facing a possible credit rating downgrade to “junk” status, “the central bank will have to do the heavy lifting” to restore the economy, said Manish Wadhawan, founder at Serenity Macro Partners.