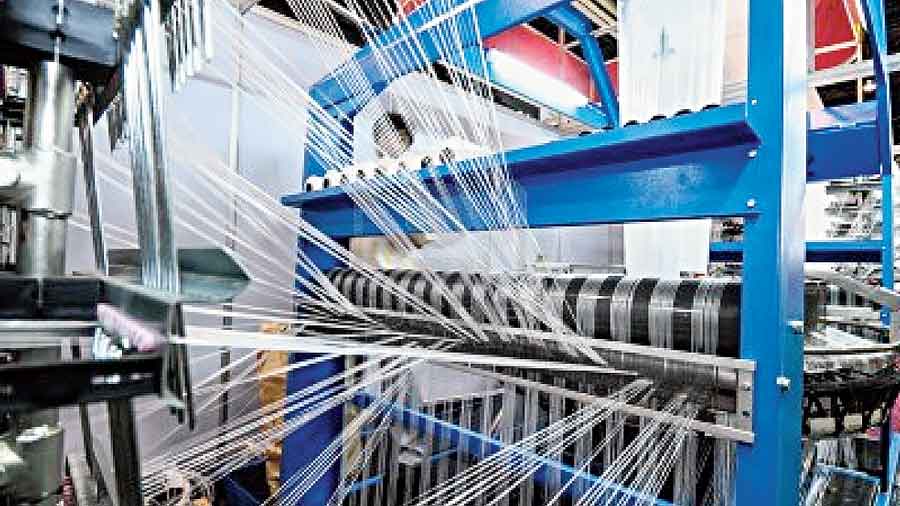 The production-linked incentive (PLI) scheme for technical textiles and man-made fibres is set to be approved by the Union cabinet.

Announcing the government’s plans for the incentives, textiles minister Piyush Goyal said the cabinet would also approve the mega textile parks project, under which seven such parks would be set up in the next three years.

In the recent past, Indian textile exports have lost ground to Bangladesh and Vietnam. The PLI scheme is aimed at redressing the imbalance. The Union government had announced an outlay of Rs 1.97 lakh crore for PLI schemes for 13 sectors in the budget.

The scheme is expected to cover around 40 MMF (man-made fibres) apparel product categories and around 10 in the technical textile category. An incentive of 3 per cent to 11 per cent of the annual incremental revenues’ for five years will be provided to existing as well as proposed investments in the sector.

Goyal said the government was open to discuss any anomalies in the RoDTEP (Remission of Duties and Taxes on Exported Products) scheme, especially if there are no refunds on levies that are not part of GST.

We have requested the ministry of finance to set up a review committee or an anomaly committee to go into any inputs that we may like to put up for correcting any rates,” the minister said.

However, the discrepancies would be  taken up at te time of the review of the scheme next year.

On free trade pacts, he said India was interacting with many countries to expedite FTAs or PTAs (preferential trade agreements). This engagement has been ongoing with the UK, EU, UAE, Australia, among others.

Goyal said the commerce ministry is working with the finance ministry on interest equalisation scheme and the enhancement of insurance cover.

“Delighted at the way the textiles sector has engaged with the idea of achieving bigger targets. We must aim for a $100 billion export target in the next five years,” the minister said.