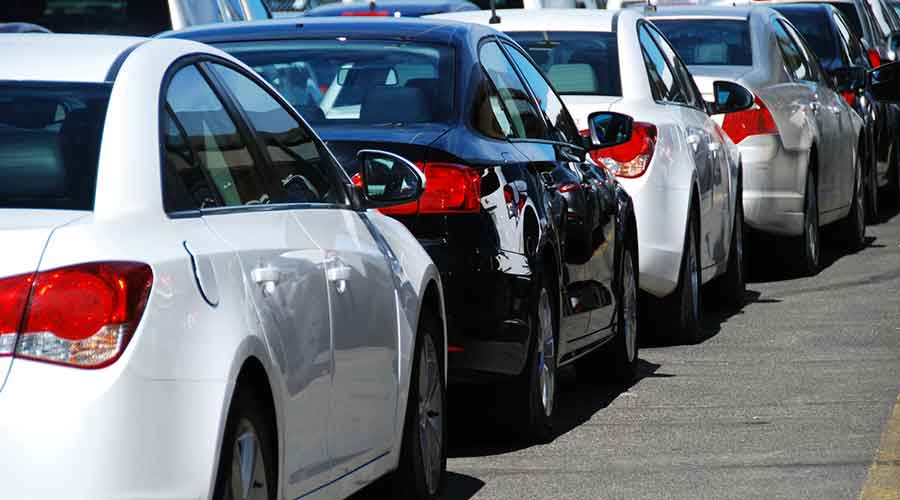 Many of the original equipment manufacturers (OEM)s were caught in the middle of the transition from BSIV to BSVI when the lockdown happened.
Shutterstock
Our Special Correspondent   |   Calcutta   |   Published 15.11.20, 08:23 AM

Dealers feel car sales have been muted this festive season even as manufacturers claimed there has been a recovery this Diwali and Dhanteras.

Some manufacturers, particularly those with diesel portfolio, were stocked out. While the actual festive numbers will emerge only after a week or so, sales were good in some states while they remained muted in others in this pandemic market.

Vinkesh Gulati, president of the Federation of Automobile Dealers Association, said: “It’s been a mixed bag, while some states did good, others did not fare well. The bookings are happening but the conversion rates are not good. Customers are either deferring  their decision to buy or can’t make up their mind.”

There is an issue with a major supplier, added Gulati, the reason why diesel cars are out of stock. “A major component supplier of BSVI diesel engines is faltering,” he said.

Many of the original equipment manufacturers (OEM)s were caught in the middle of the transition from BSIV to BSVI when the lockdown happened. As a result, they had zero inventory both at the plant and at the dealers. Whatever is being produced is getting sold out, said a company source.

Toyota Kirloskar Motors reported a 1013 per cent in¬crease in orders this year on Dhanteras over the same peri¬od last year. “Dhanteras in 2020 has been celebrated over two days in various parts of the country and, hence, in terms of retail sales (dealer’s sale to customer) also, we have witnessed a 12 per cent growth compared with Dhanteras in 2019,” said Naveen Soni, senior vicepresident, sales and marketing, TKM.

Mercedes MD and CEO Martin Schwenk said: “This year’s festive season has con¬tributed actively to the recov¬ery in sales witnessed since the third quarter.”

“We are witnessing a gradual but steady recovery over the last few months and this can be attributed to a few factors, including, pentup demand from the last few months, festive demand that has contributed to overall sales in the month of October and November, consolidation of the market at the lower end due to personal mobility issues and finally, the kind of offers and schemes that OEMs have been offering to customers to push demand,” Soni said.

“The first two factors being topical are bound to gradually taper down, beginning next month. We have already witnessed a decrease in demand created due to pent up demand from 36 per cent in the earlier months to around 20 per cent last month. Similarly, festive demand will also last till about the end of this month. Therefore, what is more prone to sustain are factors like consolidation of the market at the lower end due to personal mobility issues and the variety of schemes and offers that OEMs can come up with,” he added.

Luxury car maker Mercedes Benz India has had similar levels of Dhanteras sales as last year. Mercedes MD and CEO Martin Schwenk said: “This year’s festive season has contributed actively to the recovery in sales which we have been witnessing since Quarter 3.

The Dhanteras demand this year has been at similar levels to last year with over 300 cars delivered. This is a very encouraging development for us as this achievement becomes more pronounced in the backdrop of the pandemic induced market challenges that resulted in sales loss for a quarter and also resulting in the nonavailability of some of our volume drivers.”

Tata Motors has witnessed strong growth for their “New Forever” range of products during the festive season. “Our bookings have increased by nearly 95 per cent and retails have increased by nearly 90 per cent compared to FY20 festive season. Our car and UVs have seen equal traction from the market. Harrier retails has seen the highest growth at 141 per cent,” said a company spokesperson.