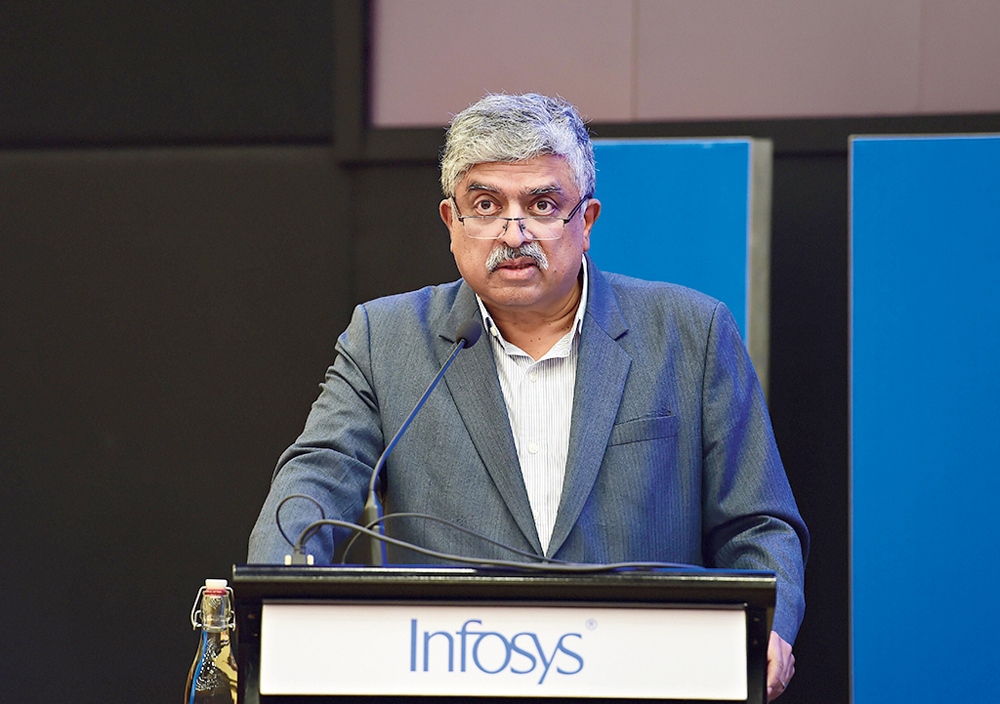 An independent investigation by Infosys into the allegations of “unethical practices” made by a whistleblower group against CEO Salil Parekh and CFO Nilanjan Roy has absolved the duo of all blame, but chairman Nandan Nilekani compared the entire episode that rocked the company in October to a Netflix series that can have future instalments as well.

The country’s second largest IT services company on Friday released the findings of the audit committee of the board which had conducted the probe after an anonymous whistleblower complaint in October 2019 by a group who called themselves “Ethical Employees”.

Infosys is not new to whistleblower complaints, and Nilekani used the Netflix analogy at a press conference to indicate that such complaints could distract the top management. He said the company will continue to co-operate with regulators in India and the US who are looking into the matter.

“This is Season 3 of Netflix series. Is there a chance of Season 4?.. I can’t say if there will be another season of this. I am not the producer of these episodes, it is a distraction no doubt about it,” he said.

“Our finance department which has nine working days to close the books (for the quarter) have to close the books at the same time and deal with these things... so we all agree that these episodes have their ramifications, but I can’t say whether the production is over or not,” he said.

Infosys said the allegations were “substantially without merit” and it was not necessary to restate previously announced financial statements or other published financial information.

The panel had conducted its investigation with the assistance of independent legal counsel Shardul Amarchand Mangaldas & Co. and PricewaterhouseCoopers Pvt Ltd.

The panel said the company had appropriately accounted for visa costs. It said the charges of irregularities in large deals were unsubstantiated. They were approved by the necessary stakeholders. In one large deal, post-facto approval was sought.

Joint ventures, too, were approved by the board and the audit committee. Besides, revenue recognition procedures in large contracts followed due accounting standards. In one deal, the percentage of completion accounting method was followed instead of the straight line method, which is consistent with the company’s accounting policy.

Other charges were non-recognition of reversal of upfront payment of $50 million for a specific client contract.

The panel also cleared Parekh on certain personal charges. The Infosys CEO has shifted to Bangalore and all trips made by him to Mumbai were for official purposes.

Payments made towards taxes in the US by Parekh are in accordance with applicable laws and company policies.

Parekh’s bonus was computed according to company procedures. There was also no evidence of personal investments by him in small companies in Mumbai.

He did not propose funding any foreign universities or used the company’s connections to secure his child’s admission. He also personally paid for the tickets of his two children for a tennis event. No clients were denied seats because of the children.

Further, the investigation team found no evidence of the CEO making inappropriate personal comments with respect to other board members.