Indian economy projected to contract by 8 per cent

The estimate is a lot worse than the minus 7.7 per cent that the National Statistical Office had forecast in its first advance estimate of national income 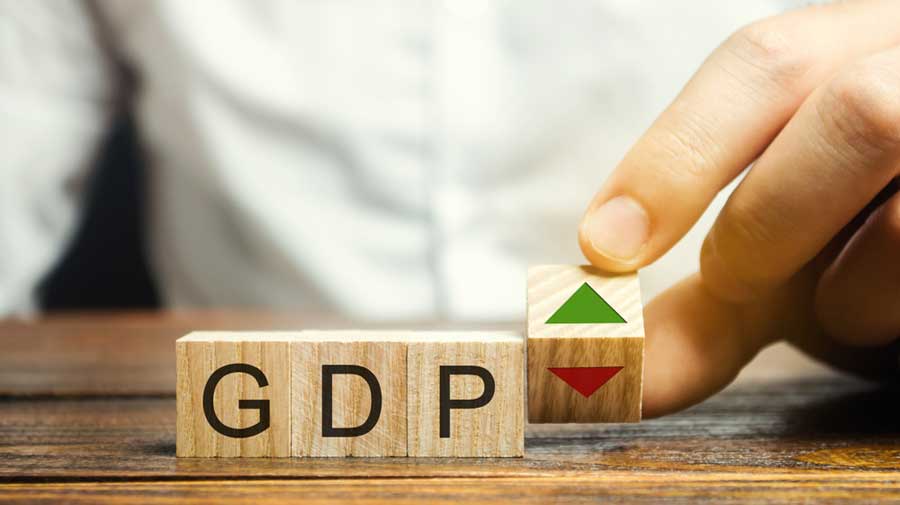 The Indian economy is projected to contract by 8 per cent this fiscal — a lot worse than the minus 7.7 per cent that the National Statistical Office (NSO) had forecast in its first advance estimate of national income released on January 7.

Nominal GDP — which is measured at current prices and, therefore, factors in the effects of inflation — will contract by 3.8 per cent against the earlier forecast of minus 4.2 per cent.

The Narendra Modi government, which is battling mounting criticism for its inability to deal with the runaway increase in petrol, diesel and LPG prices and resolve the mess over farm sector reforms, will, however, want to highlight the 0.4 per cent increase in real GDP growth in the third quarter (October-December).

It tried to build a narrative around this recovery — a green shoot suggesting a return to the growth path after two successive quarters when the economy shrank.

Analysts in a Reuters poll held ahead of the NSO’s release of the second advance estimates had projected Q3 growth a tad higher at 0.5 per cent.

The real bad news is that per capita income in real terms (based on 2011-12 prices) during a Covid-battered year is projected to plunge by 9.1 per cent to Rs 85,929 from Rs 94,566 in 2019-20 — which piles misery on the people at a time when unemployment has crested to its highest levels since the Modi government came to power in 2014.

Analysts said the economy faced considerable risks in terms of a spike in Covid cases with the fresh rise impacting several states raising the withering prospect of fresh localised lockdowns. A surge in crude oil prices and volatility in the financial markets amplify concerns about the economy.

“India’s advance estimate of FY21 real GDP growth has been surprisingly revised down to a negative 8 per cent from minus 7.7 per cent,” said Sreejith Balasubramanian, economist-fund management at IDFC Asset Management Company.

“Nominal GDP is estimated to be slightly better. The worry is that growth in both private and government consumption expenditure will be far more sluggish though investment growth is projected to be slightly better. This also implies that the financial, real estate and professional services segment, and public administration, defence and other services are expected to show tepid growth. But manufacturing recovery could be better.”

The government’s statisticians reworked the numbers for the first and the second quarters. The result: the economy contracted in the first quarter by 24.4 per cent against the earlier forecast of minus 23.9 per cent. Contraction in the second quarter was revised to minus 7.3 per cent from a negative 7.5 per cent earlier.

In the December quarter, the economy limped back into positive territory by recording growth of 0.4 per cent, signalling the end to the technical recession wrought by the contraction in the first two quarters.

In stark contrast, China’s economy grew by 6.5 per cent in October-December 2020, faster than the 4.9 per cent growth in July-September 2020.

On Thursday, the American Bureau of Economic Analysis said real GDP in the US economy in the fourth quarter of 2020 (October-December) grew at an annualised rate of 4.1 per cent against a 33.4 per cent growth in the third quarter.

These numbers would suggest that the recovery in India is lagging the larger economies of the world.

The finance ministry seized on the third quarter growth of 0.4 per cent to suggest that this was a “reflection of a further strengthening of V-shaped recovery that began in the second quarter”.

Not everyone was convinced by the government’s assertion of a broad-based recovery.

Said Sakshi Gupta, senior economist at HDFC Bank: “The Q3 GDP was slightly lower than expectations even though the economy did move into the green. Going ahead, we are likely to see a continuation of a K-shaped recovery with some sectors growing faster than the others. We expect growth to print at 1.5 per cent in the fourth quarter (January-March) and minus 7.5 per cent for this fiscal. We also expect GDP for FY22 at 11.5 per cent. We expect the economy to reach pre-pandemic output levels by the end of the calendar year 2021.”

The agriculture sector remained the big bright spot with the NSO projecting a 3 per cent growth this year against 4.3 per cent in 2019-20.

In the first advance estimate in January, the NSO had estimated farm sector growth slightly higher at 3.4 per cent.

According to the second advance estimates, the manufacturing sector is estimated to contract by 8.4 per cent during FY21, while electricity and other utilities will likely grow at 1.8 per cent. In the services sector, the trade, hotels and transport segment is projected to contract by 18 per cent.

The NSO estimates that output in the mining and quarrying sector will contract by 9.2 per cent.

In the third quarter ended December 31, the farm sector recorded a growth of 3.9 per cent while the manufacturing sector output grew by 1.6 per cent.

The construction sector advanced by 6.2 per cent while electricity, gas, water supply and other utility services clocked a 7.3 per cent growth.

“The measures taken by the government to contain spread of the Covid-19 pandemic have had an impact on the economic activities as well as on the data collection mechanisms.

Estimates are, therefore, likely to undergo sharp revisions in due course.… Users should take this into consideration when interpreting the figures,” the government said in an attempt to downplay the dismal data.