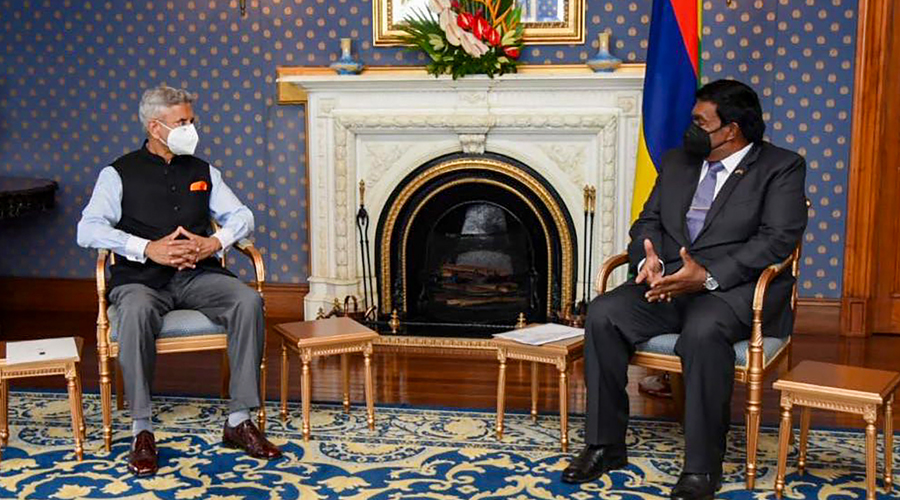 The CECPA would provide a gateway to the markets of the African continent as Mauritius has several pacts with them which would help investments to be routed through it.

The African countries are building a single market through the African Continental Free Trade Area (AfCFTA) which also came into effect last month. The pact is likely to create a single market of 1.2 billion people with a combined market worth of $3 trillion

“Given the strategic and geo-political significance in the Indian Ocean region, India has entered the CECPA with Mauritius even though New Delhi has long and historical relations with that nation,” said Biswajit Dhar, trade economist with the JNU.

Dhar, however, said the pact would not counter the influence of Beijing which has made huge investments in Mauritius and other African nations.

Mauritius is crafting an Africa strategy to position the nation as a fulcrum for investors to tap opportunities that the continent provides.

External affairs minister S. Jaishankar said while jointly addressing the media with Prime Minister Pravind Jugnauth that “India is privileged to have entered into a CECPA with Mauritius. This agreement is India’s first-such agreement with an African country”.

The CECPA will encourage Indian entrepreneurs to invest both in Mauritius and across the region, helping the country to become a strategic regional economic hub and a centre of excellence, Jugnauth said.

Mauritius on Monday sought India’s support in facilitating an early exit from the FATF grey list to restore its international reputation, saying it has agreed to address the deficiencies identified in its anti-money laundering and counter terrorism financing regimes.

The CECPA provides preferential access to Mauritius for bulk of the trade and also for many aspirational items for the Indian market.

Apart from the pact on economic ties and strategic linkages with a trade pact that was expected to help them post covid-19 revival, India also extended a $100 million line of credit for the Indian Ocean island nation to procure defence equipment.

More than 300 domestic goods from agriculture, textiles, electronics and other sectors will get market access at concessional customs duties in Mauritius, with the government approving signing of a free trade agreement between the two countries.

On the other hand, India has offered around 95 sub-sectors from the 11 broad services sectors, including professional services, R&D, telecommunication, financial, distribution, higher education, environmental, health, tourism, recreational and transport services.

Both sides have also agreed to negotiate an Automatic Trigger Safeguard Mechanism (ATSM) for a limited number of highly sensitive products within two years of the signing of the pact.