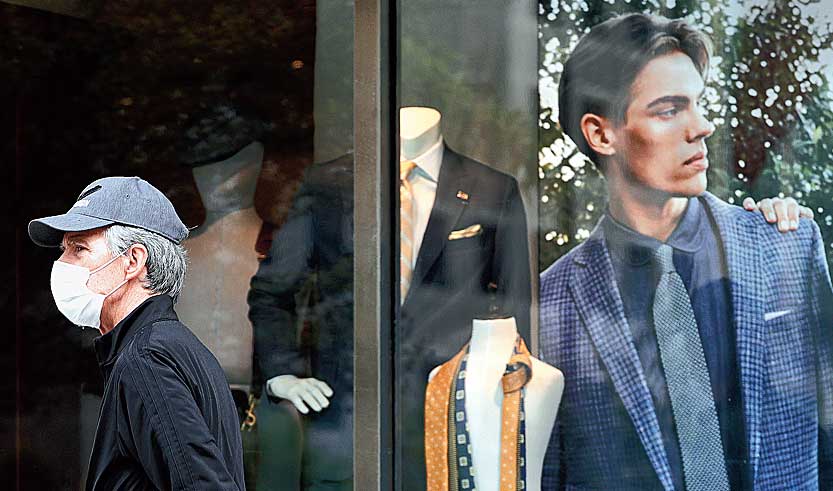 The questions now are how extensive the damage will be - and how long the country will take to recover.

US gross domestic product, the broadest measure of goods and services produced in the economy, fell at a 4.8 per cent annual rate in the first quarter of the year, the commerce department said on Wednesday. That is the first decline since 2014, and the worst quarterly contraction since 2008, when the country was in a deep recession.

Things will get much worse. Widespread layoffs and business closings didn’t happen until late March, or the very end of the last quarter, in most of the country.

Economists expect figures from the current quarter, which will capture the shutdown’s impact more fully, to show that GDP contracted at an annual rate of 30 per cent or more.

The larger question is what happens after that. Steven Mnuchin, the treasury secretary, said this week that he expected the economy to “really bounce back” this summer as states lift stay-home orders and trillions of dollars in federal emergency spending reaches businesses and households.

Most independent economists are much less optimistic. The Congressional Budget Office last week released projections indicating that the economy will begin growing again in the second half of the year but that the GDP won’t return to its pre-pandemic level until 2022 at the earliest.

Despite Wednesday’s grim report, stocks on Wall Street were set for a gain, following a rally in global stocks. Futures for the S&P 500 got a boost after signs that a drug being tested as a possible treatment could be showing progress.

A drug maker, Gilead, said that a study of a potential treatment for the virus suggested “positive data”. Gilead Sciences on Wednesday announced that the company was “aware of positive data” from a federal study of its experimental coronavirus drug, remdesivir.

US Federal Reserve policymakers on Wednesday left interest rates near zero and repeated a vow to do what it takes to shore up the economy, saying the ongoing coronavirus pandemic will “weigh heavily” on the near-term outlook and poses “considerable risks” for the medium term.

“The Federal Reserve is committed to using its full range of tools to support the US economy, thereby promoting its maximum employment and price stability goals,” the US Fed said in a statement.