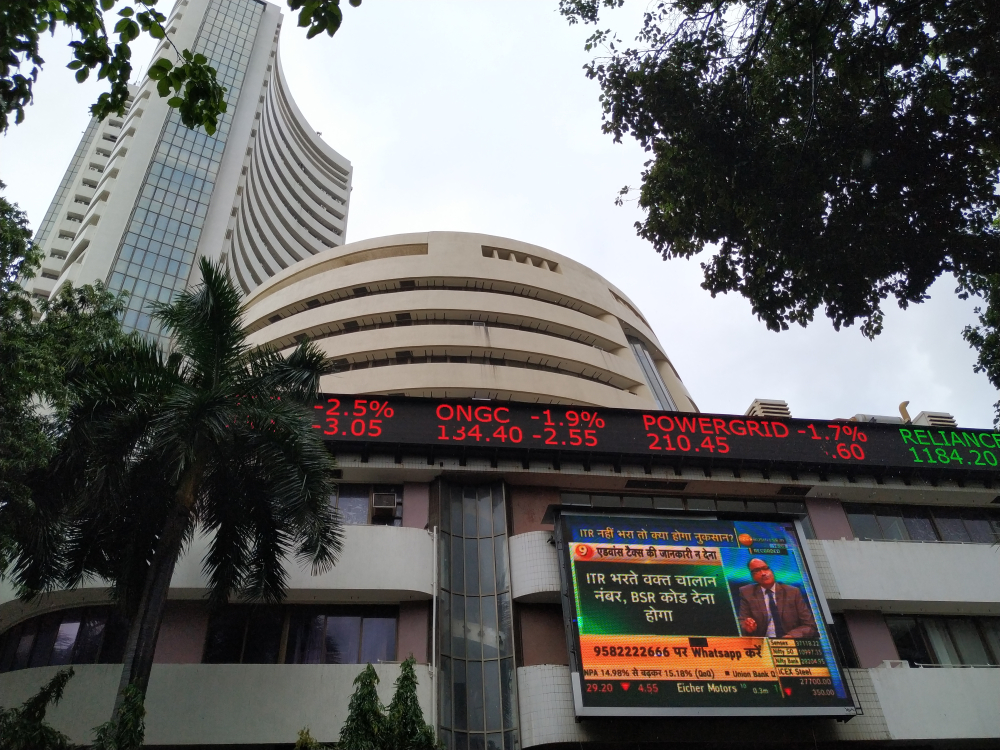 Market benchmarks Sensex and Nifty suffered heavy losses in a volatile session on Monday as investors braced for an extension to the nationwide lockdown amid mounting Covid-19 cases. The weak equities weighed on the rupee even as losses in the greenback supported it and the domestic currency pared initial losses to settle on a flat note at 76.27 against the dollar.

At the interbank foreign exchange market, the rupee opened at 76.32, but witnessed heavy volatility and touched a low of 76.45 against the dollar. The unit pared the losses and finally settled at 76.27 against the greenback, up 1 paise over its previous close of 76.28.

Investor confidence strengthened after the minutes of the RBI’s policy meeting revealed that the RBI will use any instrument necessary to revive growth and preserve financial stability.

However, the bourses felt the pressure of subdued global equities reeling under the coronavirus crisis.

L&T, Bharti Airtel, IndusInd Bank, UltraTech Cements and NTPC were among the gainers.

HDFC and HDFC Bank fell as much as 3.12 per cent, while Reliance Industries shed 2.46 per cent. ICICI Bank dropped 3.44 per cent.

Prime Minister Narendra Modi will address the nation on Tuesday in which he is expected to announce an extension. Indian markets will remain closed on Tuesday for Ambedkar Jayanti.

“Infections are peaking out in Europe but Indian markets closed negative as the virus is likely to spread rapidly in some regions of the country. The Indian markets are awaiting the decision on the lockdown. The government is expected to announce a staggered withdrawal,” said Vinod Nair, head of research at Geojit Financial Services.

Any continuation of the lockdown in its current form will put pressure on the economy and corporate earnings and will have a negative impact on the markets, he added.

Elsewhere in Asia, bourses in Shanghai, Tokyo and Seoul ended significantly lower. Stock exchanges in Europe were closed for Easter.

The government on Monday notified Mauritius as an “eligible country”, enabling its investment entities to register as category-I foreign portfolio investors (FPIs) with lower KYC requirements.