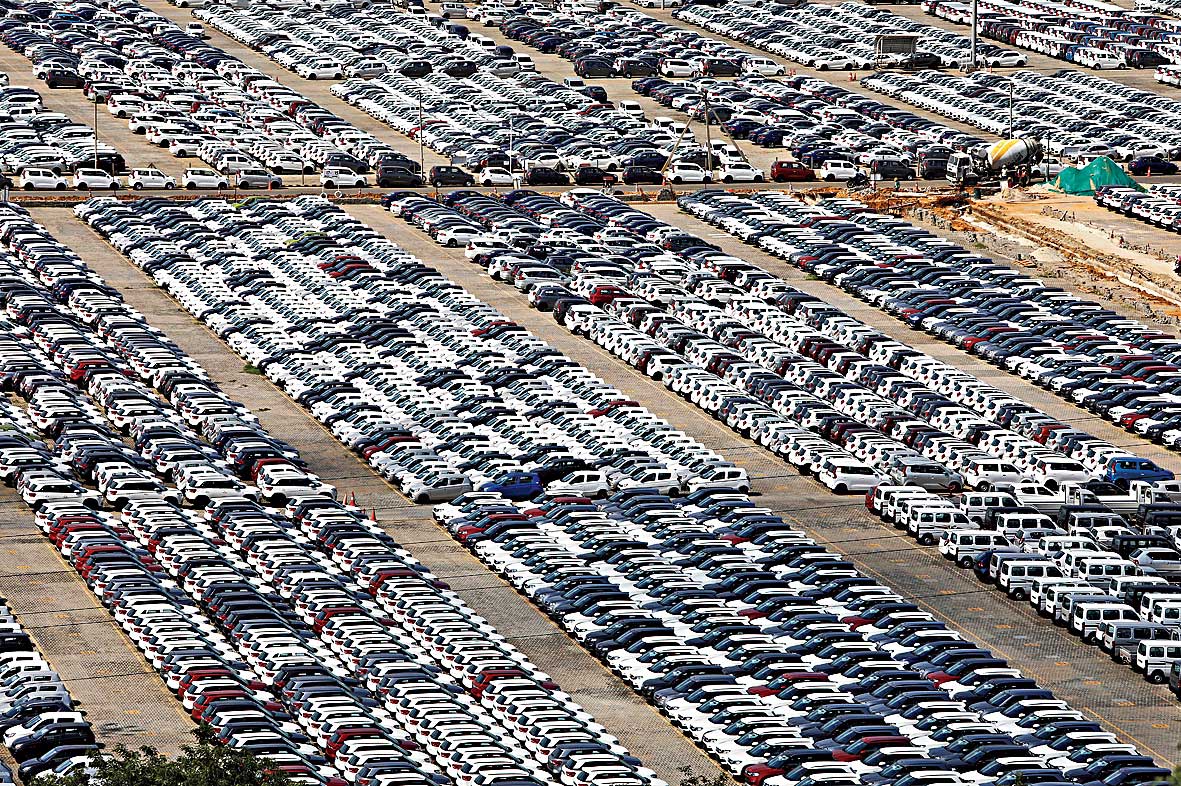 Auto sales slumped in May even as companies started operations in a phased manner post lockdown.

Mahindra and Mahindra sold 3,867 vehicles in May against 20,608 vehicles in the same month last year, down 81 per cent. In the commercial vehicles segment, the company sold 5,170 vehicles against 17,879 units earlier, a dip of 71 per cent.

Among two-wheelers, Hero MotoCorp, the world’s largest manufacturer of motorcycles and scooters, reported an 82.71 per cent decline in total sales at 1,12,682 units in May. The company had sold 6,52,028 units in the corresponding month of the previous year.

Niche bike maker Royal Enfield saw a 69 per cent decline in total sales at 19,113 units in May.

Credit rating agency Icra has lowered its demand forecast for passenger vehicles by up to 25 per cent in 2020-21.

The Covid-19 outbreak and the back-to-back lockdowns have severely impacted the domestic passenger vehicle industry.

According to Icra, demand in the PV segment is now estimated to decline by 22-25 per cent in 2020-21 against an earlier estimated volume decline of 10-12 per cent post the first lockdown. The expectation then was that normalcy would return by the second week of May 2020. However, multiple lockdown extensions are having a direct bearing on the economic environment and consumer sentiments.

The rapid spread of Covid-19 across region and consequent lockdown extension by government has wiped off volume during the first two months of current fiscal.

Each lockdown extension by 15 days has taken toll on full year industry demand by three to five percent.