The company indicated it would like to conclude the deal within March, racing to beat the fiscal year deadline and take control of the assets, including a large downstream unit in Serampore 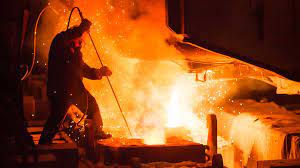 A consortium of lenders has agreed to close the bankruptcy process of beleaguered Bhushan Power & Steel Ltd by accepting a conditional proposal of JSW Steel.

Lenders voted with 97 per cent majority to accept a Rs 19,350-crore upfront payout from the Sajjan Jindal-led company on the condition of reversing the payment in case of an adverse order from the Supreme Court.

The company indicated it would like to conclude the deal within March, racing to beat the fiscal year deadline and take control of the assets, including a large downstream unit in Serampore.

The JSW offer represents a 58.97 per cent haircut for the financial creditors that had a combined exposure of Rs 47,158 crore to BPSL, which was promoted by Sanjay Singhal and his family, before the company went into bankruptcy proceedings.

BPSL is one of 12 large sticky assets which were mandated to the corporate insolvency resolution process by the RBI. Some of the other prominent names that found buyers are Essar Steel, Bhushan Steel, Electrosteel Steels, Monnet Ispat and Alok Industries.

BPSL has a 2.8 million tonne steel plant in Odisha, a power plant and several downstream units across north India. The transaction will pave the way for JSW Steel to mark its manufacturing presence in eastern India, which has so far been the strongholds of Tata Steel and SAIL.

There was an urgency from the lenders to close the deal within this fiscal as they would be able to write back some of the exposures in BPSL. JSW also agreed to play ball, given that steel prices, margin and demand continue to remain robust.

But the pitch was queered by the enforcement directorate (ED), an arm of the finance ministry, which attached assets worth Rs 4,025.23 crore under the Prevention of Money Laundering Act of BPSL, following on a case against the erstwhile promoter.

Even though the National Company Law Appellate Tribunal set aside the ED’s attachment, the latter has moved the apex court challenging the decision. ED also contended that JSW would not be able to take refuge under Section 32A of the bankruptcy code.

ED argued before the SC that JSW was a ‘related party’ to BPSL as they were JV partners for a coal block in 2008. JSW contested the claim countering that the JV was guided by the policy of the day for the allocation of blocks.

Apart from ED, Sanjay Singhal has also contested JSW’s plan in the SC. JSW has sought an assurance from the lenders that it would only pay up if the lenders promised to return the funds in case of an adverse judgment.

SBI will be the biggest beneficiary having Rs 9,825.67 crore admitted claim, followed by PNB’s Rs 4,399 crore. An asset reconstruction firm has debt of Rs 5,275 crore, while Canara and Allahabad Bank have Rs 2,244 crore and Rs 2,130 crore, respectively.