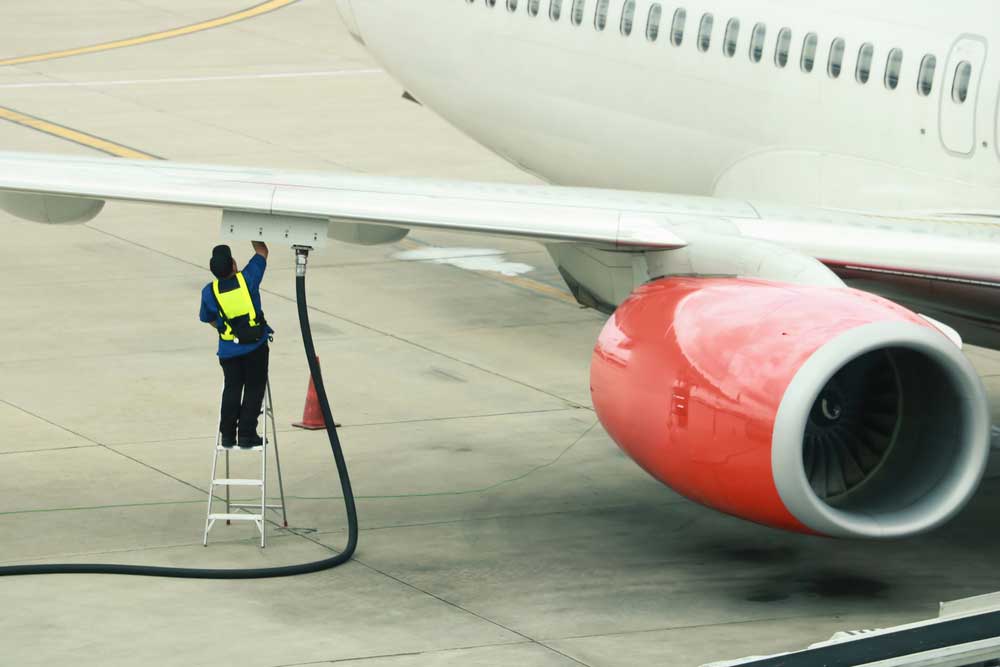 In contrast, the retailer’s sale of ATF, which usually constitute nearly 40 per cent of an airline’s operating cost, only grew 1.2 per cent nationally during the first 10 months of this fiscal.
(Shutterstock)
Our Special Correspondent   |   Calcutta   |   Published 27.02.20, 07:39 PM

Indian Oil has recorded a whopping 63 per cent jump in consumption of aviation turbine fuel (ATF) on the back of the Mamata Banerjee government’s decision to slash local levies on the fuel and a rapid rise in aircraft movement out of the state.

In contrast, the retailer’s sale of ATF, which usually constitute nearly 40 per cent of an airline’s operating cost, only grew 1.2 per cent nationally during the first 10 months of this fiscal.

IOC is India’s largest retailer of petroleum products and its market share in sale of ATF is over 70 per cent in the eastern region, which includes Bengal.

Bengal finance and industry minister Amit Mitra attributed the growth to the policy of the Bengal government.

“We brought down tax on incremental refuel of ATF in Calcutta airport to half. Moreover, airlines pay no sales tax in Bagdogra and Andal. Put together, there has been a surge in number of flights out of Bengal airports,” Mitra explained.

“The rise in the number of flights out of Bengal could be the driver. Tax sops also acts as an additional sweetener,” an aviation industry official said.

Oil marketing companies have started filling up the retail outlets in Bengal with BS-VI compliant fuel, in an effort to meet the April 1 deadline for the nationwide introduction of the clean fuel.

“We are supplying the cleaner fuel to the outlets already. The fuel you buy is already cleaner than BS-IV and pumps will only dispense BS-VI by April 1,” Pritish Bharat, executive director (Bengal, Sikkim and A&N), of IOC said.

The company has upgraded the Haldia refinery at the cost of Rs 3,000 crore to meet the new fuel emission norm.

OMCs are refilling the tanks at the RO, which used to contain BS-IV, with the new fuel, diluting the share of the old one. By this process over the next month, share of old fuel will be completely diluted.

Automobile fitted with BS-IV engines can use the new fuel while all new vehicles from April 1 will be BS-VI compliant.