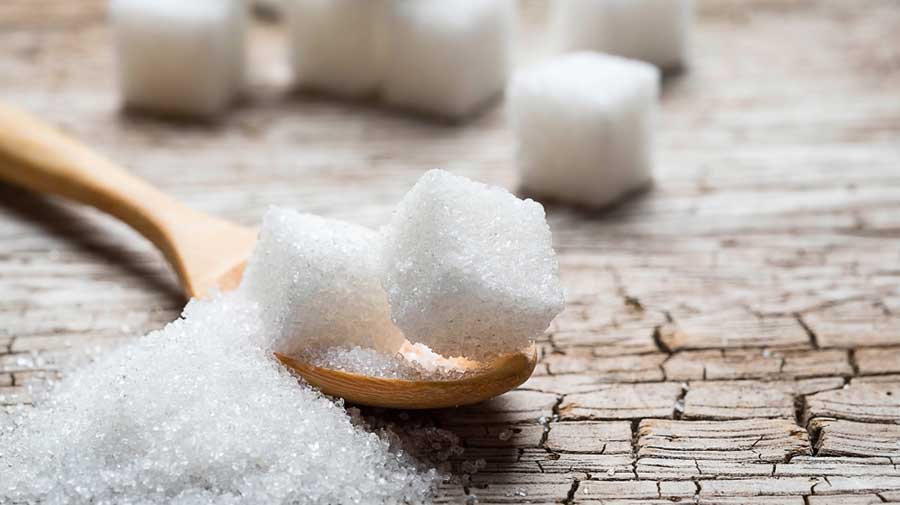 The Centre has banned the exports of sugar beyond 10 million tonnes, the latest in a flurry of inflation bursting measures.

Earlier in the day, the news of the a possible ban began circulating on the bourses that led to a crash in sugar stocks — followed by a recovery  after a bunch of assurances from the industry that the limit is high enough to meet all overseas commitments.

The Modi government in a late night decision on Tuesday also asked traders to get the permission of the government for overseas sale of the sweetener from June 1 to October 31.

Sugar stocks fell up to 14 per cent intra-day on Tuesday.   They regained ground after the India Sugar Traders Association termed it as a “precautionary step”, while ISMA (Indian Sugar Mills Association) officials said the amount of export permitted by the government was more than what the industry had sought.

Aditya Jhunjhunwala, president ISMA, told The Telegraph that the industry had sought export of 9.5 million tonnes (mt) for the current marketing season and the government agreed to 10 million tonnes. “They had agreed more than what the industry had sought for and that would result in an opening stock of 6.5-7 mt sufficient to cater to the country’s festival season demand.”

“So far, mills have signed deals to export over 8.5mt of the sweetener, of which 7.1mt has been shipped. Even if we are able to ship 9.5mt in the current marketing season, it would be the highest,” he said.

Vijender Singh, executive director and deputy CEO, Shree Renuka Sugars Ltd, told this correspondent, that “it is doubtful if India would be able to ship 8.5 to 9mt as the rainy season would begin and the logistics issue would crop up .”

In defence of levy

Steel secretary Sanjay Kumar Singh has defended the imposition of export duty on several iron and steel items. He said the price of steel has almost doubled in the past four months, and the move is designed to make sure that adequate steel is available to meet surging domestic demand.

Consumers have been complaining about the surge in steel prices which has hurt the price of building homes, he said.  “We have to protect the interests of all stakeholders,” Singh told a TV channel.

said in an interview with Economic Times TV but remained non-committal on the fate of the letter from steelmakers who have been pleading for a rollback of the duty.

Tata Steel – battered on the markets on Monday – is holding fairly steady at Rs 1,006 on the BSE.