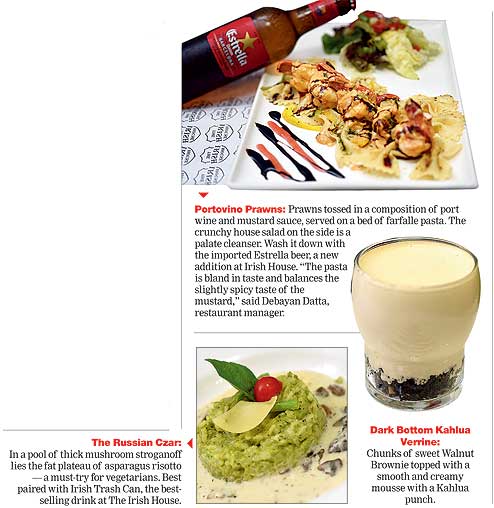 The Grand Alliance victory has thrown up several side-stories - one of them about the political endgame of the once-mighty Balua Bazaar family of Lalit Narayan and Jagannath Mishra who enjoyed a consistent say in Bihar's power structure for over five decades since Independence.

Nitish Mishra, the son of former chief minister Jagannath Mishra, broke away from Nitish Kumar to join the BJP, but lost the election from Jhanjharpur in Mithila region, albeit by a slender margin.

At the other end of the political spectrum, Rishi Mishra, the grandson of Lalit Narayan, bit the dust at Jale, where he was the JDU candidate.

A Mishra continues to be a lawmaker - Lalit Narayan's son Vijay Mishra is a nominated member of the Legislative Council.

But the family has lost much of its clout it enjoyed for about three decades from the sixties till the late eighties. Jagannath tried to play kingmaker by siding with his erstwhile disciple Jitan Ram Manjhi in the latter's war with Nitish Kumar. But his move failed with Manjhi virtually losing political significance.

Lalit Narayan, who went on to become the parliamentary secretary under Jawaharlal Nehru, first entered Lok Sabha in 1951 when he won the then united Darbhanga-Bhagalpur seat. He remained a parliamentarian all his life holding important ministerial posts. Lalit Narayan was Indira Gandhi's minister of foreign trade before becoming the railway minister, the post he held when he was killed in a bomb blast at Samastipur railway station on January 2, 1975. He remains the only cabinet minister to be assassinated post Independence.

After his brother's killing, Jagannath Mishra became arguably Bihar's most powerful Congress leader for much of the late-seventies and eighties. Prior to the emergence of the social justice forces under Lalu Prasad in 1990, Jagannath, by all accounts, was rated as the biggest mass leader in the Congress. He was referred to as "Maulana" Jagannath because of his clout with the Muslims that he had earned by making Urdu as the second official language of the state in 1980. A deft practitioner of populism, Jagannath had earned popularity of lakhs of teachers by taking over hundreds of private primary, middle and high schools across the state in 1977.

When the Congress lost power in Bihar, Jagannath became Union agriculture minister in the P.V. Narasimha Rao government in 1995. Later, he left the Congress to join Nitish's JDU, becoming the director of L.N. Mishra Institute of Management - a cabinet minister's position. His son Nitish Mishra became a cabinet colleague first of Nitish Kumar and later of Manjhi.

How and why has the Balua Bazar family, which flirted with power for so long, suddenly lost its say? Explains Shaibal Gupta, member-secretary, Asian Development Research Institute: "It has not happened suddenly. The Mishras represented the traditional elite of Bihar politics. The strengthening of the social justice movement led to the steady decline of the traditional elite's power in Bihar."

Journalist Surendra Kishore, who served as secretary to former chief minister Karpoori Thakur, interpreted the Mishras' decline as a result of power politics. "Jagannath Mishra had a penchant to dominate power politics. He always destabilised others in the Congress and became chief minister repeatedly in his dogged pursuit of power. Even after the Congress's demise, he enjoyed clout with the voters in Mithila region which goaded Nitish (Kumar) to befriend Jagannath Mishra to strengthen his base in Mithila against Lalu," Kishore said. "But Mishra's inherent desire to control the politics of the state sent him to board a wrong boat this time. He sided with Manjhi - his erstwhile crony - to emerge kingmaker, a move that has backfired," he added.

With Jagannath, who will turn 80 in June next year, in the twilight of his life, Nitish Mishra - in his early 40s - will have to reinvent himself to bring himself back to power, Kishore said.

A Congress veteran pointed out that Mishra's real "drift" began when he joined Sharad Pawar in opposing Sonia Gandhi on her foreign origin issue in 1999. "Actually, he fell from the eyes of the Nehru-Gandhi family by joining Pawar on Sonia's foreign origin issue in 1999. The Congress's first family disowned him forever and that was the beginning of the actual fall of the Balua Bazaar family that enjoyed strong loyalty with the Nehru-Gandhi family over the years," a senior Congress leader said on condition of anonymity.

Jagannath stands convicted along with Lalu Prasad in a fodder scam case. He figured in connection with some corruption cases, including the "sale" of Gandhi Maidan in Patna, in the 1970s. A section of observers linked the fall in the family's fortunes to the various corruption cases against Jagannath. But it hardly stands the scrutiny of political logic, for Lalu - a scam tainted leader - has risen like a phoenix from the ashes in the elections.