Minor clash, and rumours of violence 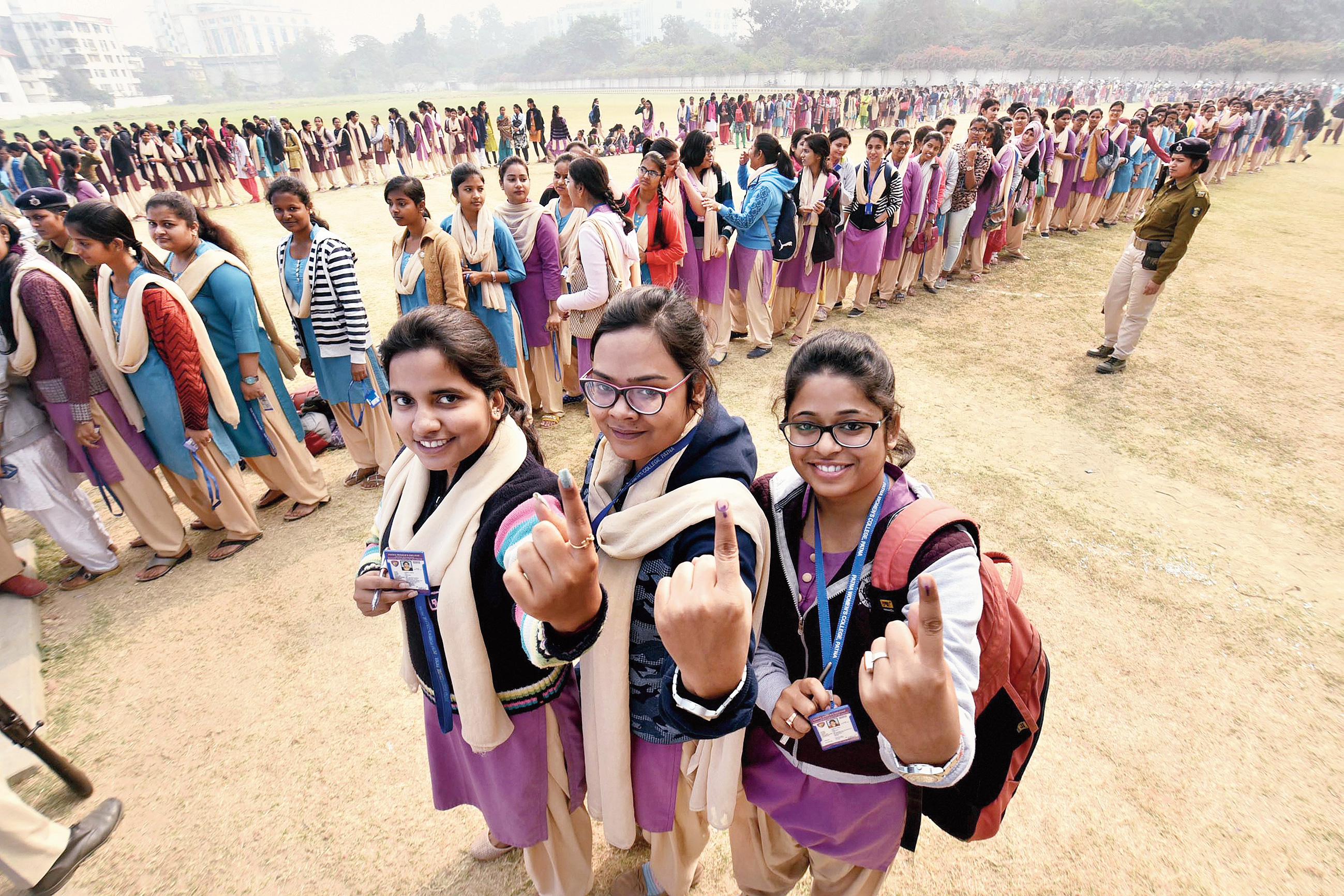 The Patna University students’ union poll on Wednesday was by and large peaceful, barring a few stray incidents.

At Magadh Mahila College, there were reports of a clash between JDU student leader and former students’ union president Divyanshu Bhardwaj and Madhusudan Prasad, an Independent candidate.

Sources said the clash occurred outside the campus.

Madhusudan lodged a formal complaint against Divyanshu at the Pirbahore police station, but police sources said no FIR had been lodged.

Pirbahore police station house officer (SHO) Gulam Sarwar said: “I am busy with election duty visiting colleges to supervise the election process. I have not received any complaint in this connection as I could not visit the police station.”

There were, however, rumours through the day about violence at different colleges.

“There were reports of firing at Patna Science College. We rushed to the spot but later it was found to be a rumour.” Sarwar said.

For smooth conduct of polling, the Patna district administration had clamped Section 144 of CrPC around the polling areas. Candidates and their supporters were barred from taking out any procession or demonstration at polling stations. The candidates were also barred from using loudspeakers.

PU dean and chief election officer Khagendra Kumar said: “The results will be declared by Wednesday midnight. We have barred any candidates from taking out victory procession after the declaration of results.” This time the winners will be handed over certificates at the counting centre unlike previous elections when winners were handed over certificates later at a function organized by PU administration.”

In the last PU polls, the varsity function witnessed violence between winning and losing candidates.