CBI had had seized 50 live cartridges, including a few of a prohibited calibre, from Manju's in-laws’ residence 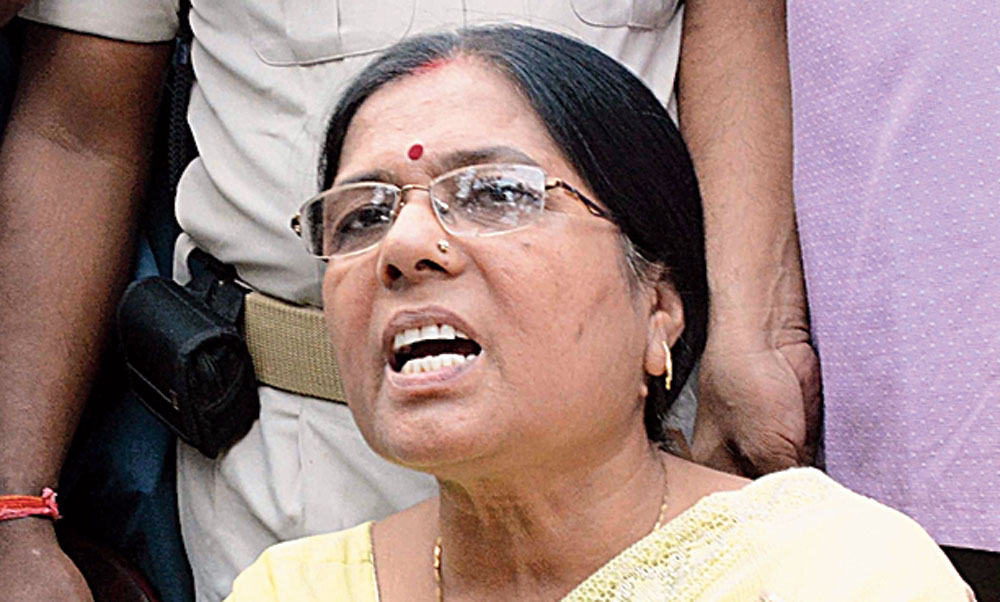 Patna High Court on Tuesday rejected the anticipatory bail petition of former social welfare minister Manju Verma in connection with the recovery of cartridges from her in-laws’ house during a CBI raid that was part of the probe into the Muzaffarpur shelter home sexual exploitation case.

A single bench of Justice Sudhir Singh rejected her anticipatory bail petition in the Arms Act case. Justice Singh had reserved judgment on Manju’s bail plea on October 5 after hearing all the parties to the case — the Central Bureau of Investigation, the state government, and the petitioner.

Manju had approached the high court seeking anticipatory bail after the Begusarai civil court had dismissed the bail petitions filed by her and her husband Chandeshwar Verma in the case on August 25.

The CBI had on August 17 raided 12 places in four districts of Bihar, including the residences of Manju in Patna and her in-laws’ place in Begusarai, in connection with the sexual abuse of minor girls in a state-funded shelter home run by an NGO in Muzaffarpur.

Manju’s counsel pleaded that Manju was an MLA since 2010 and was living in the government quarter allotted to her in Patna. The prosecution opposed it, saying that the couple used to frequently visit the village.

The caretaker of Manju’s in-laws’ house at Begusarai also said that Manju use to visit the house frequently and live there.

Justice Singh said: “As the cartridges are found from the living room of Verma’s house at Begusarai she cannot escape from this fact.”

It was also revealed during the investigation that Manju’s husband had spoken to the main accused of Muzaffarpur shelter home rape case, Brajesh Thakur, 17 times over phone between January and June this year.

Manju had resigned as social welfare minister following the disclosure.

The case against the couple was registered on the statement of a deputy superintendent of police with the CBI. Officials of the investigating agency had seized 50 live cartridges, including a few of prohibited calibre, during search of the Vermas’ Arjun Tola residence in Begusarai district on August 17. The shelter home scandal came to light when the social welfare department lodged an FIR following a social audit report submitted by the Mumbai-based Tata Institute of Social Sciences which mentioned sexual abuse of the minor girls lodged at the Muzaffarpur shelter home.