All clear for Balika Grih demolition 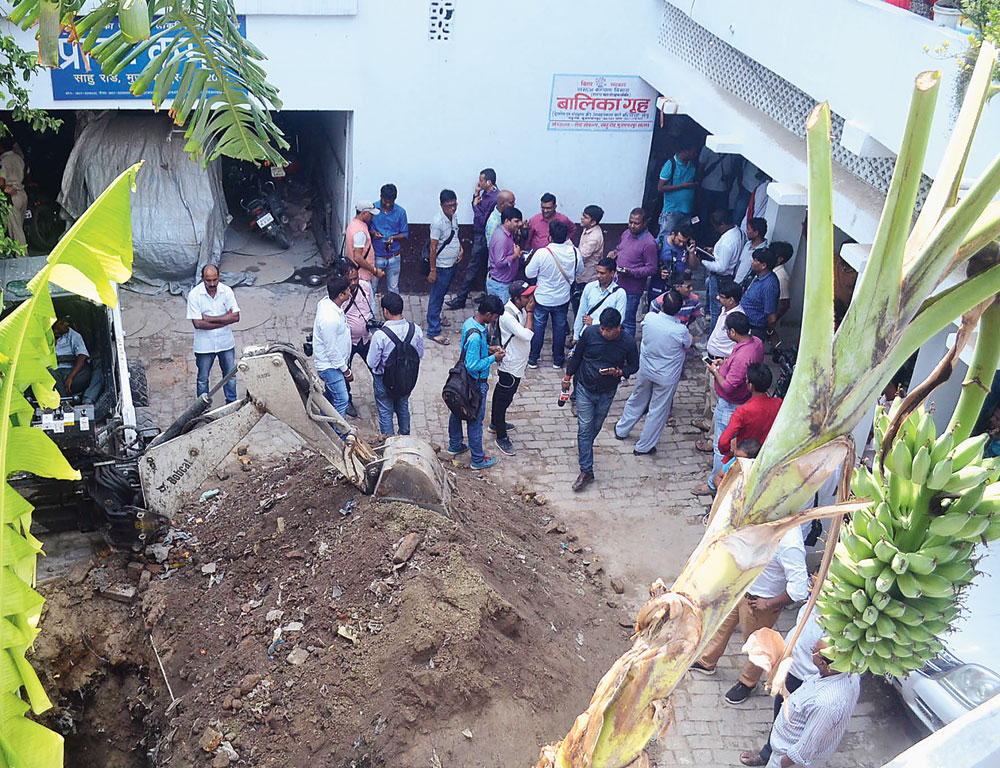 The Muzaffarpur Municipal Corporation on Tuesday initiated the process to demolish the illegally constructed portion of the building housing Balika Grih — the government-funded shelter home where 34 underage girls were raped — on the directive of the Supreme Court.

A team of officials led by two magistrates, Janardan Prasad and Sujeet Kumar, reached the premises of the shelter home on Sahu Road in the districy headquarters town around 72km north of Patna, and started removing furniture and other materials.

The team had to face stiff resistance from the building owner Manorama Devi and her relatives who vehemently protested the administration’s move. The police and administrative officials pacified them by showing them the order of the Supreme Court, which had set aside the special leave petition filed on behalf of the owner.

“The demolition process will start once the materials are shifted from the Balika Grih premises to the office of the Muzaffarpur regional development authority. The police forces have already been deployed for the purpose. The CBI handed over the key of the Balika Grih to the civic body officials on Monday,” municipal commissioner Sanjay Dubey said on Tuesday.

Three storeys of the four-storey building have been constructed in violation of building bylaws.

On December 7, officials of the civic body inspected the premises and ordered shifting of the materials from there. However, it couldn’t start work as the owner of the building had moved the Supreme Court.

The apex court had earlier set December 10 as the deadline for demolishing the illegal portion. Muzaffarpur district magistrate Mohammad Sohail had asked sub-divisional officer (east) Manoj Kumar to execute the order of the apex court, which is monitoring the sexual abuse case.

The CBI had sealed the rooms where the girls were housed before they were shifted from the Balika Grih, which was run by the NGO Seva Sankalp Evam Vikas Samiti. The NGO’s proprietor, Brajesh Thakur, is a key accused and is lodged in Patiala jail in Punjab. He was shifted out of Bihar on the apex court’s orders.