The new-gen Mahindra Thar will hit the trail this week, and it’s promising 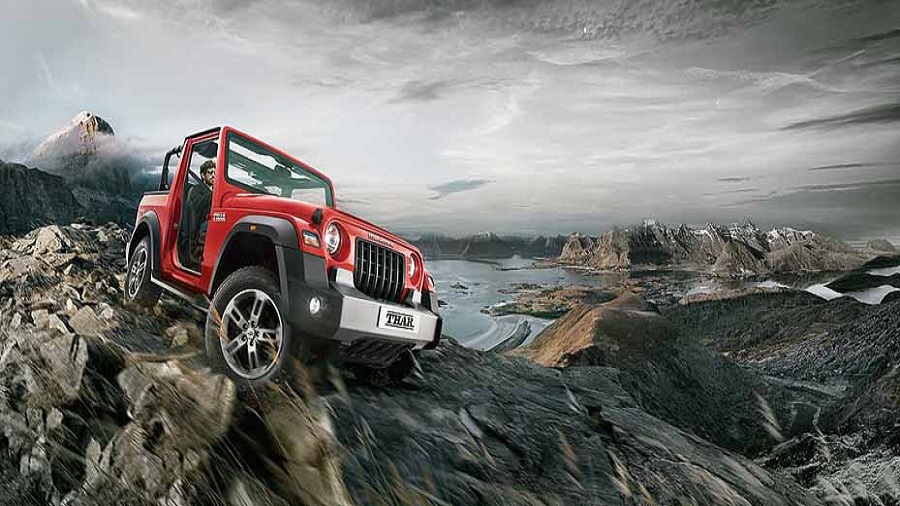 In a market that has swung heavily towards SUVs in recent times, the Mahindra Thar, which was introduced under that name a decade ago, is kind of unique. Evolved from post-World War II Willys CJ3s, it retained some of both its likeable as well as the not-so-likeable qualities. Its comparative light weight and body-on-chassis build made it a rugged and rather good off-road vehicle but they compromised on-road qualities and creature comforts and the vehicle largely remained one for the enthusiasts.

On October 2, Mahindra would roll out the new avatar of the Thar. And while it retains a lot of the overall looks and qualities of the older model, this one is pretty much all new. The body-on-ladder-frame-chassis construction remains and so do the overall proportions, along with visual cues like the slatted grille and round headlamps. But a lot of changes have happened as well. And one of the obvious ones is the addition of the hard-top and  and convertible versions.

There have been no compromises on the hardcore off-roading bits though. The shift-on-the-fly 4x4 low-range transfer case with manual shifter remains along with the mechanical locking rear differential to improve traction but the suspension has been modified to make it better on tarmac. The Adventure Statistics Display shows information like  power and torque usage, a compass, and roll and pitch. There is also a separate tyre direction display so the driver knows exactly how the wheels are in trail or other situations.

The switches and displays are now drizzle resistant so that a bit of water won’t damage the equipment and electronics. The audio system has moved to the roof to stay out of water and there is an inbuilt rollcage as well.

Apart from tuning the ride to road situations, Mahindra has also added a torque-convertor six-speed automatic gear option to the line-up that will help the urban user enjoy a relaxed drive. The other transmission on offer is a six-speed manual. Both of them come with the low-ratio transfer case. 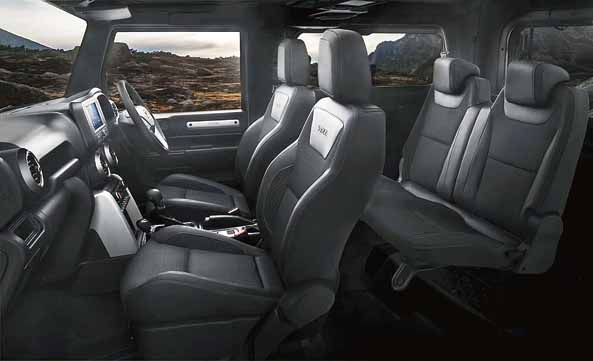 Also, for the first time in a Thar, the buyer is being offered a petrol engine. This is a 2-litre, four-cylinder TGDi mStallion unit that puts out 150hp and 320Nm. The latest diesel option is a 2.2-litre 130hp, 320Nm four-cylinder mHawk CRDe unit. On paper both of them look good enough to tackle most things that the Thar might be called upon to handle. Also, with the addition of the automatic and the petrol, Mahindra probably expects to extend its appeal to the urban sub-4m SUV buyer, a segment that has been growing by leaps and bounds in recent times.

Prices would be announced this week and given Mahindra’s record we expect them to be competitive. That would be crucial if the Thar has to make the transition from being the hardcore off-road enthusiast’s vehicle to a more mainstream, broader-appeal daily user. We’ll find out soon enough.