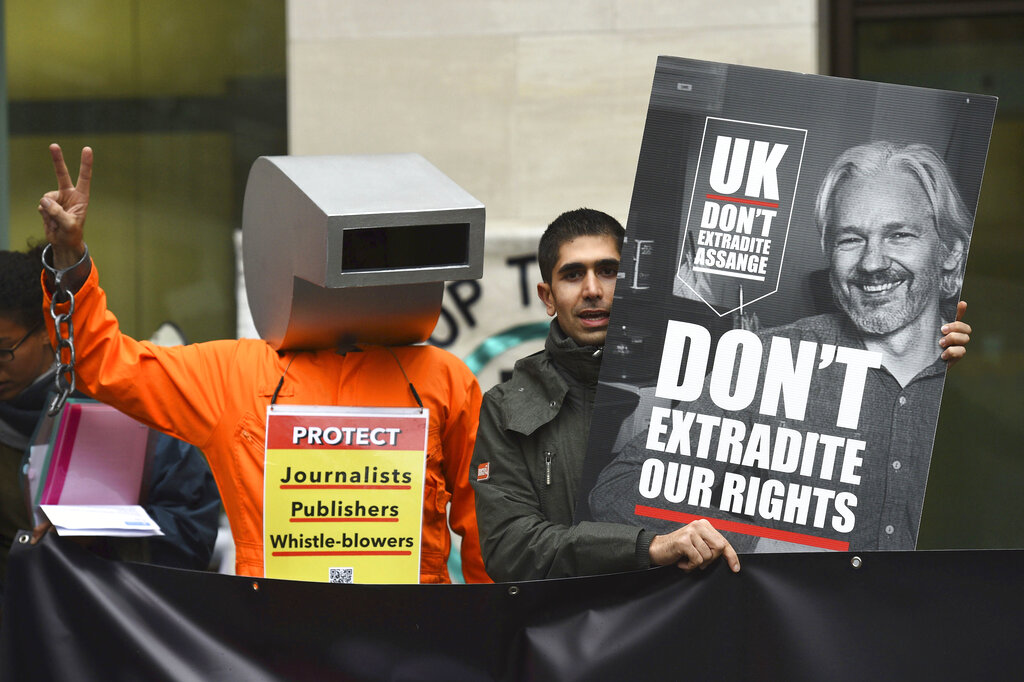 WikiLeaks founder Julian Assange appeared in court on Monday to fight extradition to the United States on charges of espionage, saying he needed more time to prepare his case.

Assange and his legal team failed to convince district judge Vanessa Baraitser that a slowdown was justified. The full extradition is still set for a five-day hearing in late February, with brief interim hearings in November and December.

Assange defiantly raised a fist to supporters who jammed the public gallery in Westminster Magistrates Court. He appears to have lost weight but looked healthy. Assange wore a blue sweater and a blue sports jacket for the hearing, and wore his silvery-gray hair slicked back.

After the judge turned down his bid for a three-month delay, Assange — speaking very softly and at times appearing to be near tears — said he didn't understand the proceedings.

He said the case is not 'equitable' because the US government has 'unlimited resources' while he doesn't have easy access to his lawyers or to documents needed to prepare his battle against extradition, being confined to Belmarsh Prison on the outskirts of London.

'They have all the advantages,' the 48-year-old Assange said.

Lawyer Mark Summers, representing Assange, told the judge that more time was needed to prepare Assange's defense against 'unprecedented' use of espionage charges against a journalist. Summers said the case has many facets and will require a 'mammoth' amount of planning and preparation.

He also accused the US of illegally spying on Assange while he was inside the Ecuadorian Embassy seeking refuge and taking other illegal actions against the WikiLeaks founder.

'We need more time,' Summers said, asking for a three-month delay. He said Assange would mount a political defense that will be laborious to prepare.

Summers said the initial case against Assange was prepared during the administration of former President Barack Obama in 2010 but wasn't acted on until Donald Trump assumed the presidency. He said it represents the administrations aggressive attitude toward whistleblowers.

Representing the US, lawyer James Lewis said the nation opposed any delay to the proceeding.

The case is expected to take months to resolve, with each side able to make several appeals of rulings.

The public gallery was jammed with Assange supporters, including former London mayor Ken Livingstone, and outside the courthouse others carried placards calling for Assange to be released. There were chants calling for him to be set free.

The judge said the full hearing will be heard at Belmarsh Court, which would make it easier for Assange to attend and contains more room for the media.

Assange's lawyers said the five days wouldn't be enough for the entire case to be heard.

Assange claims he is a journalist entitled to First Amendment protection.